The Eclj is publishing  a 92-page report showing how the majority of experts of the UN Human Rights Council are conditioned by the funding of certain states and organizations such as the Ford and Gates foundations and Soros' Open Society, with an anti-life and family agenda. Available online, the report is full of figures, facts and names. 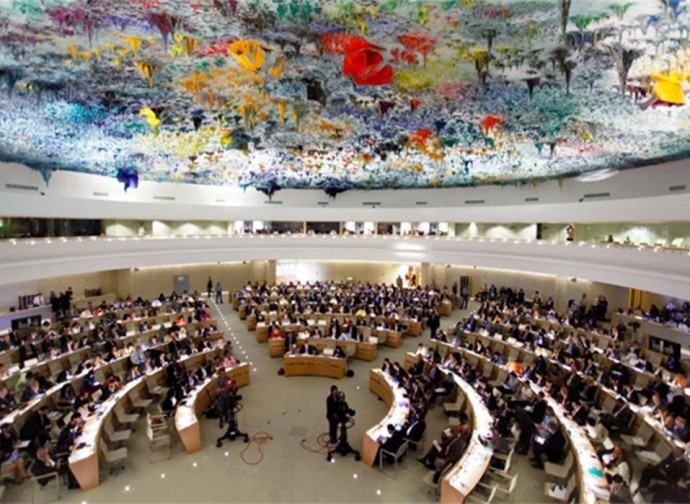 A new report by the European Center for Law and Justice (Eclj) in Strasbourg, entitled: "The Funding of UN Experts in the Special Procedures of the Human Rights Council", has been online since yesterday.

At the Human Rights Council, based in Geneva, the vast majority of experts and high-level officials are controlled and conditioned by the will of some states and a few large 'philanthropic' foundations that determine the reports to be approved at the UN. Do you still believe in the Universal Declaration of Human Rights? At the UN Council in Geneva, few are those still around who believe in it.

Only the French version of the aforementioned report is now accessible on the Eclj website, but the English version is scheduled to be posted at the beginning of August. Headed by Gregor Puppinck, the Eclj is the same institute that, at the beginning of 2020, had published another interesting report, this one dealing with the conflicts of interest at the European Court of Human Rights and the ties of at least 22 judges with George Soros.

This very recent report reveals the reasons underlying why the experts of the Human Rights Council promote 'crooked' rights, i.e. contrary to human dignity, parents, freedom of religion and education. The 92 pages of the document abound with facts, figures, names and surnames of those who are supposed to represent the face of human rights in the world and, in reality, are agents of the Ford Foundation, the Gates Foundation and Microsoft, of the many foundations and organizations under Soros, or countries such as Sweden, the US, the UK and Holland. Conspiracy or anti-globalist fantasies? Nothing of the sort: in the report there are facts, figures, evidence, and several admissions on the part of past and current experts and special appointees on specific aspects of human rights.

This research endeavor also included interviews with some thirty experts and members of UN working groups, and relates to funding "donated" by states and private foundations to experts presented as independent, but who in fact are dependent upon these institutions that impose, through money and career promises (kept in previous cases), the priorities, content and initiatives related to the annual reports submitted by those same experts to the UN Assembly.

Foundations such as Ford's or, in particular, Soros' Open Society 'capture' and occupy entire sectors and specific subjects, with the complicity of the Human Rights Council itself, doing so through the choice of experts, their funding, the determination of their priorities and the dissemination of their reports. This conditioning determines a distortion of international law, or directs its interpretation, both in order to guide the judgments of international courts, in Europe and Latin America especially, and to influence the selfsame doctrine of international law in academic debates. The funding system of the Human Rights Council, not coincidentally led for decades by abortionists and devotees of LGBT dogma, allows private donors (states or foundations) to finance individual experts in different ways (organizing trips for them, paying the experts, associating them as professors in universities, making them part of boards of directors, providing them directly with cash) and reports on specific subjects.

The financial precariousness and opacity of the UN's internal procedures facilitates the action of these new masters of human rights; in the report, for example, we read that "between 2015 and 2019, 40% of the budget of the special procedures came from extra-budgetary funding provided by some States, NGOs and private foundations. In fact, while the regular Special Procedures budget was $68 million between 2015 and 2019, an additional $20 million was voluntarily donated to the Special Procedures as such, primarily from the Netherlands, Germany, and the United States. In addition, during the same period, some states also contributed the 14.6 million paid to 51 of the 121 experts with donations finalized through the UN Council."

Moreover, during the same period, 37 of the 121 experts reported receiving an additional 134 direct financial payments totaling approximately $11 million, almost all of which were not reported in their annual statement of activities or were described as "donations for performance of duties," with no figure, no donor specification, or accounting for expense. Of these $11 million in direct payments or donations, more than $5.5 million came from NGOs and foundations (Ford with more than $2 million; Soros with about $1.6 million), $1.4 million from universities, $3.8 million from individual European states, and $220,000 from international organizations. The Ford and Soros foundations have also contributed a total of 1.6 million dollars  of ‘funding’ to universities, research centers and other organizations with the specific objective of supporting and conditioning the mandates of some UN human rights experts. The two foundations not only pay, but also name officials and independent experts of the UN Human Rights Council, many of whom have been or still are senior executives of their respective philanthropic organizations: the Soros galaxy (Open Society Foundations, Amnesty International, Human Rights Watch and International Commission of Jurists) includes at least 37 special experts, while Ford and Soros share the "grip" on another 32.

But it is not only these 69 UN special experts who are conditioned and promoted by the aforementioned philanthropists for the humanitarian purposes with which we are all familiar (right to abortion, imposition of LGBT dogmas and abolition of parental rights to education, limitations on religious freedom, etc.). After all, the appointment of a special expert in a UN human rights sector is pro bono, but in reality... there is much more in the Eclj report.