The first measure to control global food prices is to put some of the accumulated stocks on the market. But then structural interventions are needed to increase production: the EU has taken the opposite route, focusing on organic farming, therefore developing countries have to go it alone. The negative consequences of Laudato si' and the positive role the Church could play instead. 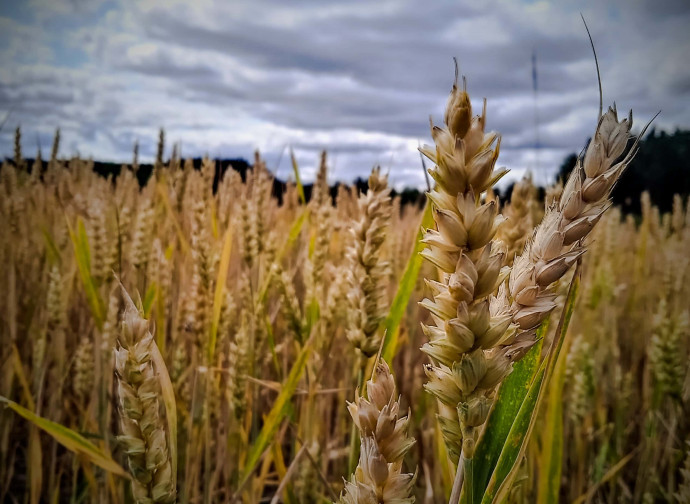 Second of a series of two

In light of what has been described in the first part of this article, it seems clear that in order to keep control of prices on the international markets it would be essential for the countries that currently hold large stocks (China first and foremost) to put some of these stocks on the market, while waiting for the Russian-Ukrainian military crisis to be resolved. This would avoid the risks inherent in having cargo ships transporting grain in the Black Sea war zone, which is infested with mines and other pitfalls. One has to ask oneself, however, whether anyone is open to such a policy or whether the logic of endless whining about the wickedness of world-starving Russia is preferred.

In this regard, I feel obliged to introduce a personal fact: I have never been pro-Russian and, indeed, when I did my military service in an operational campaign artillery unit, the strategic opponent for us was the Soviet Union. It is a pity that when the Cold War ended, our leaders completely forgot about that strategic framework and instead put us at Russia's mercy for energy and partly also for food. In short, those in Europe today who give lessons in Atlanticism should reflect on the enormous strategic mistakes made in the recent past that have distanced us from the founding objectives for the European Community set out in the 1957 Treaties of Rome, namely the food and energy security of our populations.

Among these strategic errors is surely the Farm to Fork - F2F (the agricultural part of the EU's Green Deal), which aims by 2030 to extend from the current 9% to 29% of the European agricultural area that is managed organically, which, depending on the crop, produces 20 to 70% less than conventional agriculture. F2F is indicative of the insensitivity of our ruling classes with respect to the productive duty our countries have in order to guarantee food security for the people of Europe while at the same time lowering prices on world markets. Europe has some of the best land in the world and it is a huge shame not to exploit it for state-of-the-art agriculture using the most efficient and environmentally and socio-economically sustainable technologies.

Structural remedies to food security problems in developing countries
What emerges from the above is that it is a good thing that the large producers of agricultural commodities (United States, Canada, China, India, European Union, etc.) continue to produce and that trade continues to supply the international market with commodities, thus averting a global food crisis that could hit developing countries (DCs) first.

This will be the case at least as long as DCs are unable to self-produce the foodstuffs they need, and to achieve this, it would be more desirable than ever for countries with advanced agriculture to implement an effective technology transfer activity that profoundly innovates the agriculture of DCs.  For too many years, in fact, developed countries have been skimping on transferring know-how to developing countries, and the European Parliament has even justified this with the consideration - worthy of Aldous Huxley's Brave New World - that this would spare African countries the shock that the Green Revolution would create for traditional agriculture.

In this context, a very negative role has been played by an environmental movement siding with retrogressive positions and the encyclical Laudato si’ itself, which too often lulls us into the idea (dear to the inspirer of the agricultural part, Carlo Petrini) that the solution to the food security problems of developing countries should be entrusted to small producers practising subsistence farming. This is a completely erroneous idea since the population of DCs is today increasingly concentrated in huge megacities (e.g. Lagos, Johannesburg) where the supply of foodstuffs can only be provided by medium-large farms operating for the market in synergy with advanced logistical systems.

What is needed today, therefore, is a powerful incentive activity for the aggregation of small-scale producers in developing countries into corporate entities capable of competing with the market and capable of adopting innovative genetics (including GMOs) and cultivation techniques that optimise plant and animal nutrition, irrigation, and phytosanitary defence, so as to enable developing countries to become as autonomous as possible with respect to the world market. It is clear that the ways and timescales of such innovations cannot in any way disregard the evaluation of local conditions in terms of climate, soils, land system (land ownership), and the socio-cultural level of farmers. If these aspects are ignored, the outcome of any intervention is in danger of being thwarted.

The trouble is that in countries with developed agriculture (Europe first and foremost) we have political classes and public opinions that largely mistrust technological innovation in agriculture and are lulled into the idea that it is enough to rely on tradition and ancient knowledge to guarantee global food security. Global reality is taking charge of disproving such absurd preconceptions (which no one would dream of applying to construction or the automotive and railway industries) but it is difficult for Europe to take note.

The best thing would therefore be for the developing countries to be self-activated in promoting innovation in agriculture, something that is far from being ruled out since, unlike in developed countries, in the developing countries the population is young and therefore at least in theory much more open to innovation. The Catholic Church could play a very important role in this today, given the attention its representatives' stances enjoy globally.