To understand the current international apprehension over the wheat stocks blocked in Odessa, one needs to know that together Russia and Ukraine produce 14% of the world's wheat. But the steep rise in the prices of agricultural products began well before the conflict in Eastern Europe, due to the rush to stockpile by some countries after the pandemic and the forecasts of a decrease in world production. 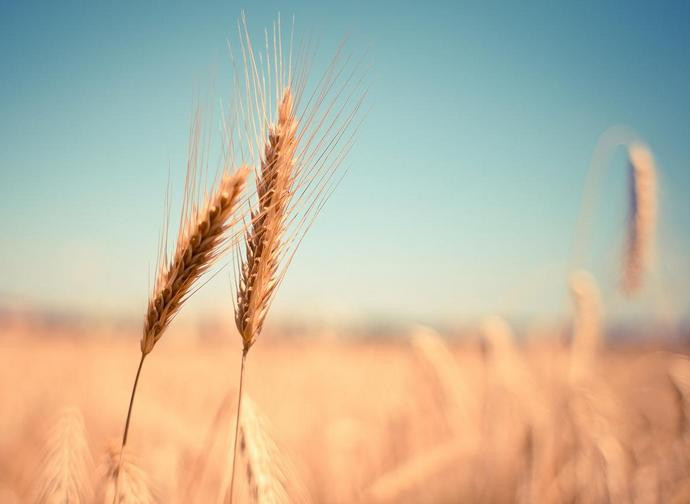 First of a series of two

In recent days there has been much talk about the food crisis that could be one of the consequences of the war caused by the Russian invasion of Ukraine. The fact that wheat is stranded in the port of Odessa has become a source of international concern and there is much disquiet about food safety. But in order to understand how things really stand, it is important to clarify some basic issues concerning the world market for agricultural products (treated in today's article) and then to identify the policies needed to guarantee food security worldwide (to be treated in the next article), also in view of political crises such as the current one.

The upshot of the Russian-Ukrainian crisis
So let’s begin at the epicentre of the current crisis. Russia and Ukraine are two giants of world agriculture as together they produce 14% of the world's grain (11% and 3% respectively). While Ukraine is traditionally a major wheat producer (who hasn’t heard of the 'fertile black soils of Ukraine'), for Russia we are looking at a real agricultural boom, which has transformed it from an importer to a major exporter of wheat in 30 years (Figure 1).

Among the factors behind the impressive increase in wheat production in Russia is undoubtedly climate change, which, thanks to the mitigation of global temperatures, is extending cereal crops into formerly inhospitable areas.
The agricultural significance of the two countries explains why the Russian-Ukrainian crisis has brought the issue of global food security, too often seen as an obligation in developed countries like ours, back into the headlines. Bringing it back into the headlines does not, however, mean offering a realistic view of the issue, which risks being approached by adopting ideological preconceptions that do not help to solve the food problem that is developing and that primarily affects the poorest segments of the world's population. And here we cannot overlook the fact that the poor are not only present in developing countries (DCs) but also in many others considered developed like Italy, as demonstrated, for example, by the fact that 20% of Italian households reserve more than a quarter of their spending capacity for food purchases.

Stocks, a key element of global food security
Ancient Rome had an efficient system of stockpile management based on large warehouses (Horrea) in the major cities, which had to guarantee the annual availability of 40 modii (over 300 kg) of wheat for each adult citizen in order to avoid plebeian riots. This historical reference comes to mind when reading the article by Shin Watanabe and Aiko Munakata that appeared on 23 December 2021 in the Nikkei Asia, linked to the Financial Times.

The authors reported that the Chinese government-owned COFCO Group operates one of the largest food storage platforms in China. This platform is located in the port of Dalian, in the north-eastern part of the country, in whose warehouses (consisting of 310 huge silos) soya and cereals harvested in China and abroad are stored and from there can reach the whole of China by rail or sea. The article also quoted the statement by Qin Yuyun, head of grain reserves at China's National Food and Strategic Reserves Administration, that China is maintaining its grain stocks at a “historically high level” and that “grain stocks can meet demand for a year and a half, which averts any food supply problems”. It should also be noted that according to data from the United States Department of Agriculture (USDA), at the end of 2021, China held 69% of the world's maize reserves, 60% of rice reserves and 51% of wheat reserves, and Chinese stock levels did not change much in June 2022 (Figure 2). Note that the high quantity of supplies for China is nothing new, perhaps linked to the historical memory of the failure of food policies in the Maoist era, which caused 30 million deaths with ‘The Great Leap Forward’. 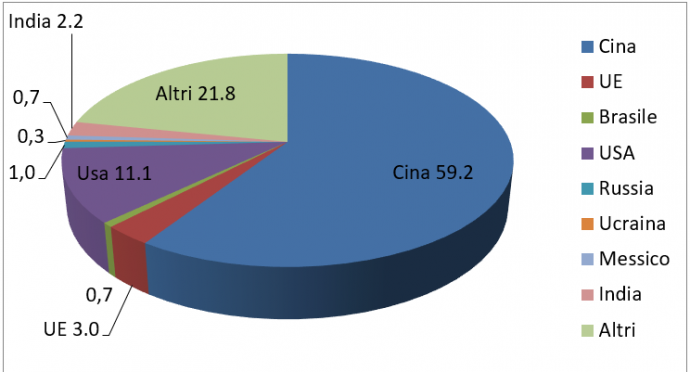 Price trends of major agricultural commodities on world markets
The term ‘commodities’ refers to raw materials that can be stored and stored over time and are traded intensively on international markets. Commodities include various agricultural products such as cereals, soya, sugar, and coffee. The rise in the prices of the four major agricultural commodities (wheat, maize, rice, and soya, which alone cover 64% of human caloric needs) began before the start of the Russo-Ukrainian war, so that by December 2021, prices were already at levels well above the average for the five-year period 2016-2020: soya +54%, maize +70%, wheat +90%, up to almost 100% for rapeseed and palm oils, while only rice continued to remain around the average.

The increases preceding the Russian-Ukrainian crisis are to be seen as the effect of market activism on the part of a number of countries which, once the Covid emergency was over, replenished their stocks, pushing up prices and thus distressing several developing countries, which had difficulty in buying at the higher prices engendered.

The following factors are also negatively affecting prices:
- the significant increase in the prices of synthetic fertilisers (nitrogenous, phosphatic and potassic), of which Russia is a major producer and exporter. This will limit farmers' use of fertilisers, with negative effects on crop yields;
- predictions of declines in global wheat production related to adverse weather events, particularly the high temperatures in India and the drought in parts of the United States and France (Europe's largest wheat producer). The FAO in its June 2022 outlook speaks of a decline in global wheat production of 0.6 % compared to the record production of 2788 million tonnes reached in 2021. The same FAO forecasts a good 2022 harvest for rice, a 5% drop in soybean production compared to 2021 (which had been a record year with 368 million tonnes) and a 0.6% drop in maize production.

Moreover, forecasts of a poor wheat harvest in India have led the Indian government to block wheat exports, which has further alarmed the markets but indirectly informs us of the positive impact of new technologies (new varieties and new cultivation techniques) in agriculture. Indeed, India, which only 50 years ago was subject to recurring food crises and was a major importer of wheat, has now become a major exporter of the wheat it produces mainly in the Indo-Gangetic Plain.