The reply sent by Msgr. Roche’s to Cardinal Nichols at his request for clarification on aspects of Pope Francis’s motu proprio on the Latin Mass, especially for the administration of the sacraments, has been made public. The prefect for Divine Worship considers the ancient rite contrary to "ecclesiology", contradicting Benedict XVI who emphasized its dignity and made clear that the 1962 Missal has never been repealed. Roche even forgets the 1971 indult, indicating the way Vetus Ordo will ultimately die a death. 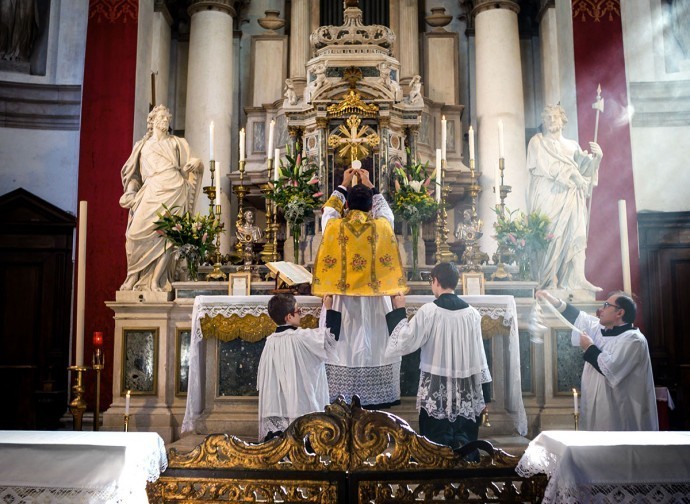 Monsignor Arthur Roche’s reply, as prefect of the Congregation for Divine Worship, to requests for clarification on some points of the motu proprio Traditionis Custodes by the Archbishop of Westminster, Cardinal Vincent Nichols, has been made public (see here). Last 28 July, the cardinal asked the competent Congregation if instructions to apply the motu proprio of last 16 July, were forthcoming and poised questions about some aspects that the text left open.

The cardinal asked, among other things, if art. 8 of TC, with which "the previous norms, instructions, concessions and customs that do not comply with the provisions of this Motu Proprio" were abrogated, was to be extended to the administration of the sacraments in the extraordinary form and to the Roman Breviary. In fact, TC made no reference to it, while Summorum Pontificum, in art. 9, §§ 1-3, explicitly granted parish priests the license "to use the older ritual in the administration of the sacraments of Baptism, Marriage, Penance and Anointing of the Sick, if advantageous for the good of souls", to the ordinaries "the faculty of celebrating the sacrament of Confirmation using the old Roman Pontifical" and to ordained clerics the possibility of using the Roman Breviary promulgated in 1962. 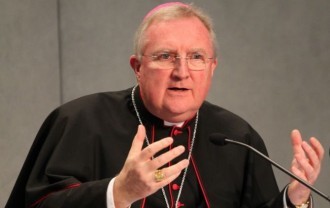 That Msgr. Roche’s response  (in the photo) is characterised by ambiguity is the least that can be said, because on the one hand it states that for the Congregation it would be clear "that the new law abrogates what was previously given by way of exceptional and limited concession", but at the same time he acknowledges that TC "speaks only of the use of the Missale Romanum of 1962 and the Eucharistic celebrations". In short: yes, no, do what you think is best. As long as you follow the guiding principle of the whole motu proprio, that is, tolerate exceptions and prevent development: “There has been considerable misinterpretation of previous provisions - explains Msgr. Roche - with growing practices, development and promotion, which in no small part has encouraged a growth that was not foreseen or sanctioned by previous Pontiffs”.

Roche follows the line expressed by Pope Francis in the letter accompanying TC, according to which John Paul II and Benedict XVI's intentions of reconciliation in the "traditionalist" world would later be misunderstood as if they had sanctioned a "grow and multiply".

The Summorum Pontificum had allowed every priest of the Latin rite, in Masses without a congregation, to celebrate using the Roman Missal (art. 2), also allowing members of the lay faithful to participate (art. 4); it had extended this possibility also to Institutes of Consecrated Life and Societies of Apostolic Life, providing this could happen in communities "frequently or habitually or permanently", to be decided by the Major Superiors (art. 3): it had also exhorted parish priests to accede to the requests of stable groups linked to the previous liturgical tradition, providing for celebrations on weekdays as well as on Sundays, and also on feast days (art. 5). It is clear that this is an act of government aimed at bringing ancient liturgical rites out of the exceptional nature of the indult regime; otherwise we would have kept with the legislation envisaged by Quattuor abhinc annos, in 1984. It is also evident that these concessions would necessarily have multiplied the number of priests, of the faithful, of celebrations; it is not clear, therefore, how it can be said that the previous popes would not have foreseen or sanctioned a prospect of growth.

Roche's response, in addition to being contradicted by the text of the motu proprio of 2007, is also completely unrelated to what, for forty years, has happened in the Church in relation to the ancient Latin rite. "The growing practices", such as the celebrations of the sacraments, in the ancient form, in addition to the use of the Missal alone, was not the result of a misinterpretation, but a faculty that the Church has recognized to "traditional" institutes starting from 1988 with the Fraternity of St. Peter until 2006 with the Institute of the Good Shepherd. Then the motu proprio of Benedict XVI, who, as we have seen, extended the use of the ancient ritual also to the sacraments for all priests and Ordinaries.

The interpretation of the prefect of the Congregation for Divine Worship, which is very reminiscent of old friends who have raved for years - and continue to do so - about the "spirit of the Council", goes so far as to nonchalantly make a statement contradicted apertis verbis by Benedict XVI. “The misinterpretation and promotion of the use of these texts, after only limited concessions from previous Pontiffs, has been used to encourage a liturgy at variance from Conciliar reform (and which was in fact abrogated by Saint Pope Paul VI) and an ecclesiology that is not part of the Church’s Magisterium.” It’s a pity that Benedict XVI said the exact opposite; and more than once. The first article of SP considers the use of the “typical edition of the Roman Missal which was promulgated by Blessed John XXIII in 1962 and never abrogated, as an extraordinary form of the Church‘s Liturgy” lawful. To prevent anyone from turning a deaf ear to this point, in the letter to the bishops of 7 July 2007, Ratzinger reiterated that, “as for the use of the 1962 Missal as a Forma extraordinaria of the liturgy of the Mass, I would like to draw attention to the fact that this Missal was never juridically abrogated and, consequently, in principle, was always permitted”.

So where does this (fraudulent) misunderstanding come from? This false and tendentious interpretation of the pontifical deeds relating to the ancient liturgy, prior to the pontificate of Bergoglio; in open and clear contradiction with that taught by Benedict XVI (with which, however, it’s continually affirmed that we are in perfect continuity), and which concludes with the pantomime of the lost letter. Cardinal Nichols reminds Roche of the existence of a 1971 indult, granted by the Congregation for Divine Worship to the then Archbishop of Westminster, Cardinal John Carmel Heenan, for all the bishops of England, to give the faithful the possibility to participate, in some circumstances, in the ancient Mass. These circumstances mainly concern funeral celebrations. But, unbelievably, yet true, Roche, born in West Yorkshire, auxiliary bishop of Westminster, then bishop of Leeds and, finally, first secretary and then prefect of the Congregation which has the universal competence for Worship, has no memory of the letter and is unable to find it in the archives. If anyone reading this is in contact with Roche, they can inform him he can find it here.

But Roche has already made his mind up, regardless: “In any case, note needs to be taken of no. 8 of Traditionis Custodes which abrogates all previous norms, instructions, permissions and customs that do not conform to the present law”. So the institutes and communities of the ancient rite are notified.