There’s no room for Christ in the “Assisi Accord”

The three-day virtual Assisi "Economy of Francis” convention concluded with abundant slogans and the decision to start the process of finding new tools to overcome the world’s economic and social distortions. It was an entirely horizontal, worldly perspective, as echoed in Pope Francis’s final video message, overturning the vision of integral human development set forth by Paul VI in Populorum Progressio and by Benedict XVI in Caritas in Veritate. 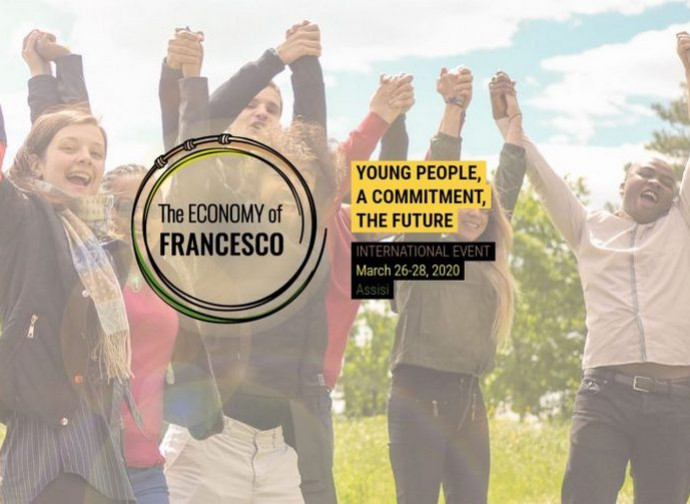 Last Saturday the three-day "Economy of Francis" virtual convention concluded in Assisi leaving the dream of a happy future with a "new" economy and the proposals for solutions which have already been widely circulated. The online meeting was commissioned by Pope Francis with the participation of roughly 2,000 young economists and researchers from 115 countries. Pope Francis closed the event with a long video message stating what he wanted to emphasise and expected from the conference. It was, of course, "the initial momentum of a process" ("Remember that word - insisted the Pope -: processes, blazing trails, broadening horizons and building common bonds…").

The future to be built -  as if there is a blank slate to drawn upon -  was undoubtedly the common thread to the three-day convention in Assisi. During the conference it was considered a given that today's world should be tossed aside, that indeed  it is already teetering on the edge of a cliff. It was also understood that the current pandemic is considered providential, facilitating the necessary changes to be made – changes already foreseen on account of the climate change emergency.

"We need change, we want change, we seek change," Francis said, citing a 2015 address he gave before the audience of popular movements. Out of the Assisi convention many slogans emerged: let’s not think about GDP but about happiness; let’s fight against inequality; to dream is a human right, and so on. Then there were several proposals echoing those already in fashion for climate change environmentalism: energy transition, the green economy, et al. Muhammad Yunus, the "banker of the poor" and inventor of microcredit in Bangladesh, called for  "zero carbon emissions, zero concentrations of wealth, zero unemployment." The ever-present Jeffrey Sachs, a career made in the UN as an economist,  current director of Columbia University’s Earth Institute, and a principal adviser to the Holy See, proposed the economic model of the Northern European Social Democracies. Sachs said they were "the happiest societies" because "they have the lowest inequality". So many taxes yet so many services for all. But looking back at the Assisi convention, there are two basic issues that are striking.

Firstly, it is taken for granted that we live in the worst of possible worlds. "The current world system is unsustainable from various perspectives,” the pope said in his video message, again quoting his own words from Laudato Si’. “And it affects our sister earth who we so badly mistreat and strip [of resources], together with the poorest and marginalised. The two go together: stripping the earth and excluding so many poor people." The three-day conference’s many speakers preached along the same lines: the problem lies in industrialised nations – slaves to the perverse cycle of production-consumption – who savagely exploit nature by plundering resources and, therefore, create greater levels of poverty.

The real data, however, tells a very different story. Environmental indicators are much better in industrialised countries, where pollution tends to decrease, forested areas grow, where there is greater protection of biodiversity. But more generally, living conditions around the world have improved significantly: even in the poorest countries - with few exceptions - are better off than they were 50-100 years ago. Proof of this is that we have not experienced a serious famine over the past several decades. This does not mean that everything is going perfectly. On the contrary: we cannot help but notice the scandal of many populations which are still malnourished and lacking in decent living conditions when today there are abundant resources, both food and otherwise, more than enough for all the planet's inhabitants.

However, the factors that determine this situation are different and more complex than the simplistic and erroneous theory according to which "the poor are poor because the rich are rich." Some of these factors directly call into question the responsibility of tribal cultures and corrupt leaders of the poor countries themselves. To think that everything can be solved by a massive transfer of wealth from the northern to the southern hemisphere  -  a goal of climate agreements - is pure fantasy. Certainly, it is a sure-fire way of impoverishing everyone. Furthermore, when we talk about resources being consumed (it is always said that 20% of the population consumes 80% of the resources), we forget that 20% of the population is also responsible for creating resources and producing wealth. For example, in Italy 7.5 metric tons of rice are harvested per hectare. whereas in Africa, on average, only a half a ton is produced per hectare.  To get out of that poverty, it is important to help increase the half metric ton produced in Africa, but the reasoning of the "Assisi Accord" leads, instead, to lower Italy's 7.5 metric ton of production. The problem with Assisi is that if the diagnosis is wrong, the therapy will be deadly.

It should also be noted that the main talks never mentioned the real structural problem of the economic crisis in developed countries: decreased birth-rates. Related to this problem is the crisis of the family, a source of human capital for the creation of new life and  for education. Not even Pope Francis mentioned this, as if the only problem were that of liberal-capitalist system.

Secondly, there is a point that is even more problematic. It goes right down to the very core of the matter. In Assisi, it was greatly stressed that GDP is an outmoded metric for happiness and well-being. What is perplexing is that happiness is relegated to new structures, to new lifestyles and systems - like those cited by Sachs - that are essentially socialist. While this approach is understandable for those who come from a materialistic, atheistic culture, it is instead incomprehensible and unacceptable in a context involving St. Francis and the Social Doctrine of the Church.

Pope Francis's message also makes reference to dialogue, to the inclusion of the poor, to different models of production that help integral human development, while always maintaining a horizontal, worldly perspective which constantly focuses on new human structures. Paul VI's encyclical Populorum Progressio mentions the passage in which he states that development “cannot be restricted to economic growth alone. To be authentic, it must be well rounded; it must foster the development of each man and of the whole man." (n. 14). Francis forgets that the purpose of that encyclical was to affirm that "life in Christ is the first and principal factor of development ", as Benedict XVI recalled in Caritas in Veritate (n. 8).

Unfortunately from Assisi the main takeaway  - while vouching that wealth cannot make us happy - is that we must find the right tools for human happiness. This is just the opposite of what Benedict XVI wrote in Caritas in Veritate when he said that economics and finance are merely instruments that can be used for good or evil according to man's moral framework: "Therefore it is not the instrument that must be called to account, but individuals, their moral conscience and their personal and social responsibility."(no. 36).  In other words, conversion to Christ is the decisive factor,  just like it was for St. Francis. But at Assisi there was no mention of this.