The World on course for a Demographic Catastrophe

An American study foresees that by the end of the century there will be a general decline in the world population, with the populations of 23 countries reduced by more than 50%. The researchers say that a major social reorganization is needed or it will be a disaster. But rather than seek real solutions, they want to continue with the same anti-human ideologies that have brought us to this point of crisis. The Holy See also deserves an admonishment. 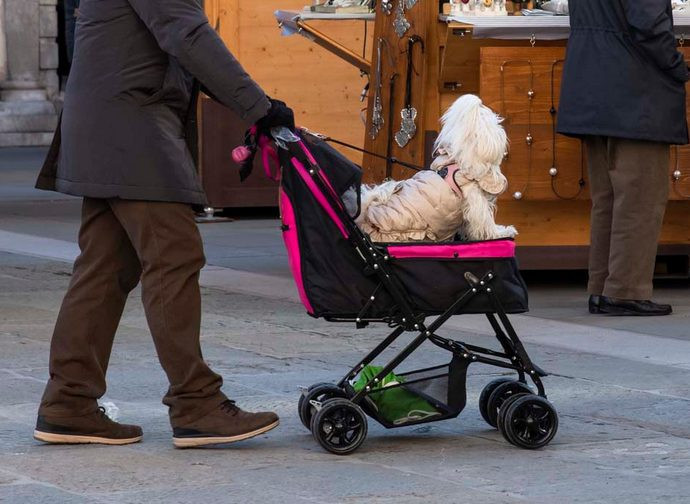 By the end of the century, almost every country in the world will have fertility rates below the replacement level, 23 countries will see their population more than cut in half, and if societies do not reorganize, it will be a disaster. Finally, someone who is not labeled as pro-life (and thus discredited) has become aware of the demographic catastrophe that we are facing. We are referring to the researchers of the Institute for Health Metrics and Evaluation at the University of Washington (USA), whose recent study has been published in the scientific review The Lancet and given further emphasis by the BBC.

In reality the study, financed by the Bill and Melinda Gates Foundation, does not use alarmist tones while presenting dramatic data. One of the authors of the study is much clearer in his interview with the BBC, in which he talks about “stunning data” and says that “it is enormously difficult to understand its gravity,” since the solution will involve “completely reorganizing societies.”

The novelty of this study is in the models used for the projection of data on the population, models that are more complete and sophisticated compared to those used by the United Nation for its most recent projections. And thus, while the latest UN report foresees that the world population will continue to grow until 2100, reaching around 11 billion inhabitants, this new study foresees that the peak of world population will be reached in 2064 with about 9.7 billion people, followed by a decline to 8.8 billion by the end of the century.

Obviously the evolution is not homogeneous all over the world, but above all the data of the countries that are heading towards extinction stands out: Italy is predicted to go from its present 60 million inhabitants to only 28 million in 2100, while Japan will drop from 128 million to less than 53 million, Spain from 46 to 21.5 million, and South Korea from 52.7 to 24.7 million.

These are nightmare figures, which also take immigration into account. The fact is, say the researchers, that because fertility rates are falling all over the world, even the nations that have chosen immigration as the solution to their low birth rate will find themselves in strong competition among themselves. Moreover, as we have explained many times, expecting immigration to fill the void left by the local population creates many more problems than it solves.

Given the ideological matrix of the study and its sponsor, the research emphasizes above all the positive aspect of this data, namely: less people, less emission of carbon dioxide (CO2), less pressure on the environment. On the other hand, the risk of a social catastrophe is highlighted if we do not find the answers to some simple questions: who will pay the taxes in a population where the elderly are the majority? Who will pay for health care for the elderly? Who will take care of them? Will people still be able to retire?

The research does not offer any certain answers; above all it does not even minimally question certain presumed “civil rights” – abortion and contraception. Rather, the fundamental question is this: how is it possible to rebalance the population and reorganize society without questioning certain “achievements”?

The impression one gets when reading the report is that of finding ourselves at a dead end that causes us to fear that the “social reorganization” that is called for, far from being calm and controlled, will instead be a general “social retreat” that will be both the origin and fruit of a long period of instability and violence, as it was at the end of the Roman Empire.

For decades, frightening figures have been invoked to convince the whole world that the biggest problem is overpopulation: that if fertility rates were not reduced the world would run headlong into catastrophe. For decades now, real and proper crimes against humanity have been committed, under the protection of the UN, by means of mass sterilization and forced selective abortions (see China and India) in order to drastically reduce births.

An “environmental emergency” has also been invented in order to justify birth control, and it is not by chance that for this reason the research considers the population decline as a positive thing. Thus a demographic crisis has been artificially provoked, and now, without a shadow of self-criticism, the same forces that provoked the crisis are calling for a social-engineering operation to repair the damages.

But the damages are too serious to be repaired: all the more so because they want to find solutions by drawing on the same anti-human ideology that provoked the crisis. The research highlights precisely the reduction of the human being that such an ideology generates: the demographic crisis is seen above all in terms of a reduction of the labor force, as if the human race was only an instrument of production, from which we understand the enormous burden represented by a large segment of the population that is no longer productive.

Unfortunately, we already know the first measure that will be taken to rebalance the population, even if it remains unspoken. Just as, in order to reduce the birth rate, children have been eliminated without mercy (abortion of course but also infanticide in some countries), so now in order to rebalance the population structure we will move to the elimination of the elderly, beginning with so-called “therapeutic abandonment,” which has already become a practice in many countries, and then continuing with euthanasia and assisted suicide. We have seen the mechanism clearly at work during the Covid emergency: since it is not possible to help everyone, a selection is made, and obviously the oldest are the first to be sacrificed.

This should also be a warning to certain authoritative individuals of the Holy See who, with great enthusiasm, have embraced the cause of sustainable development and environmentalism, thinking that thus they can care for the earth according to the will of the Creator. They have brought the main exponents of this anti-human ideology to the Vatican to pontificate, from Jeffrey Sachs to Paul Ehrlich, fanatical supporters of birth control and of the need to reduce the world population. Their way of “caring for the earth” is to eliminate human beings; their way of “fighting against poverty” is to physically eliminate the poor and the most vulnerable. “Walking together” with them in the long run will mean embracing all of their “therapies,” even the ones that today are still unspoken.