The appointment of economist Jeffrey Sachs as an ordinary member of the Pontifical Academy of Social Sciences is unquestionably scandalous. But what it signifies is even worse: rather than the world being swayed by the Gospel, the Church is adopting the criteria of the world. 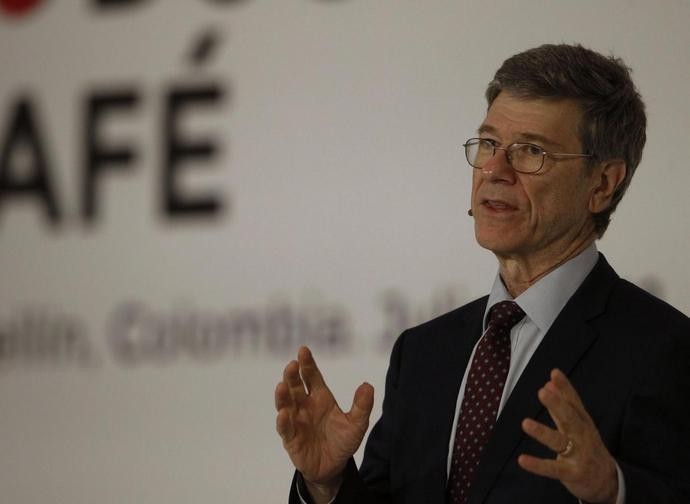 Jeffrey Sachs becoming a member of the Pontifical Academy of Social Sciences (PASS) is undoubtedly a scandal, as some have already commented. The decision by papal appointment, on Monday 25 October, creates further disorientation and confusion, as if there was not enough in the Church already. Or perhaps there have been so many cases in recent years that one more makes little difference to the majority of the faithful. Probably accepted as that's just the way things are: few are outraged that a neo-Malthusian fanatic, a convinced abortionist, and population control theorist has just been appointed to one of the Pope's Academies.

Yet the appointment of Jeffrey Sachs has a significance that goes well beyond participation in a prestigious pontifical academy supposedly to elaborate studies and research that help the Church in the development of the Social Doctrine. Sachs is an economist of ambiguous fame: on the one hand he is one of the most influential specialists in the world, as well as advisor to no less than three secretaries general of the UN, and a guru of sustainable development (he is currently director of the Center for Sustainable Development at Columbia University); yet, on the other hand, he has collected only failures in his field: He is known as the “father” of the controversial “shock therapy” applied in Poland to accelerate the transition from a communist economy to a capitalist system; much less well-known is the ambitious project, at the beginning of the 2000s, to combat poverty in Africa - The Millennium Villages Project - for which he chose 12 villages in sub-Saharan Africa which, thanks to the application of his economic theories (with investments amounting to 120 million dollars), were to become within five years models to be replicated throughout Africa to definitively defeat poverty. It was a resounding failure, as recounted in a book (Nina Munk, The Idealist, 2013) by someone who had followed the project step by step since its conception. The moral is simple: brilliant economic theories do not work when they are applied to the realm of human reality.

Despite this, Sachs' career did not suffer, and in the end he even became the Vatican's “economic guide”; and it matters little that his books and public speeches show a certain obsession with the presumed problem of overpopulation, which he would like to solve with drastic measures. For this reason, too, he is a great admirer of China, whose “one-child policy” has wiped out something like 400 million human beings in 40 years.

All this clearly does not count, and so he played a large part in the drafting of the ecological encyclical Laudato Si' (2015); is one of the masterminds of “The Economy of Francis”; and has for years been a protagonist at every major international conference on social issues held in the Vatican. In the end, his appointment as an ordinary member of the Pontifical Academy of Social Sciences doesn’t come as a surprise; it is the logical consequence of what has happened in recent years.

Although the scandal is considerable, the Sachs affair reveals an even more disturbing scenario. The chancellor of PASS, the Argentinean Monsignor Marcelo Sanchez Sorondo, has repeatedly excused Sachs' cumbersome presence in the Vatican to journalists, by saying that Sachs has changed his mind and that anyway the aim is for the UN and its most influential members to listen to the priorities set by the Holy See, which - says Sorondo - is happening. In other words, the poor fellow seems convinced that it is the UN that has changed priorities in its decisions to accommodate what the Church, and especially Pope Francis, would like. He does not realise that instead it is actually the Church that has shifted to the positions of the UN agencies and ecological groups. Not only the Holy See, we saw what happened at the Italian Church's Settimane Sociali (Social Weeks) held last weekend: the first proposal approved commits parishes to energy transition projects.

In practice, it is not the world that has been swayed by the Church's thinking, but the Church that is at the mercy of the powers of this world. The most obvious example is the integration of the concept of sustainable development into the Church's magisterium, which officially took place with the encyclical "Laudato Si'", and which has now become a constant refrain. What does sustainable development actually consist of? If we take the Brundtland Commission Report (Our Common Future, 1987) we see that the concept of sustainable development stems from the conviction that demographic pressure is a deadweight for development and a factor in environmental degradation. In other words, there is behind it a negative conception of mankind, of its presence. Nothing to do with the traditional Magisterium of the Catholic Church. If the Church begins to adopt the concepts of the world, then it is clear that it is the world that wins and not the Church that evangelises, and the Vatican becomes a land of conquest. This is exactly where we are now.