“The time Pell blocked the gay lobby in Saint Patrick’s…”

He was labeled “anti-gay”, in reality, he conducted significant pastoral initiatives for AIDS patients. He did not judge them but was compassionate and provided healthcare. He wasn't afraid of anyone. He just wanted to be remembered as a pastor who did his duty for God and among God’s people. Monsignor Peter J. Elliott, Cardinal Pell’s best friend and his auxiliary bishop in Melbourne, speaks to the Daily Compass. 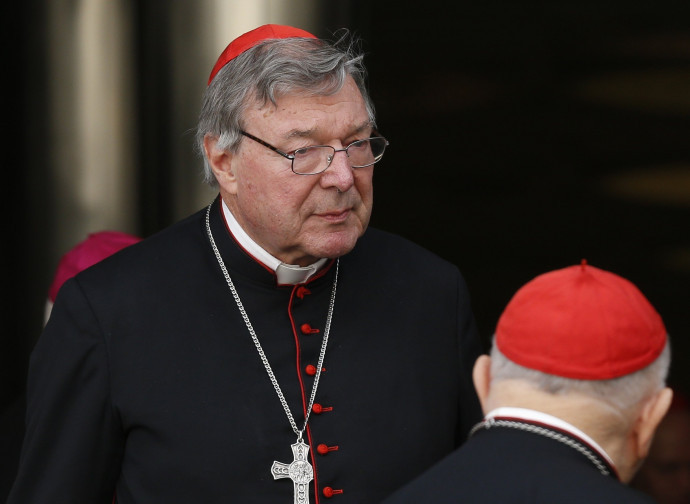 This morning, at 11.30am, the Requiem Mass for Cardinal George Pell will be held in St. Peter's Basilica. He died suddenly last Tuesday of a cardiac arrest after hip replacement surgery in the Salvator Mundi private clinic in Rome. The funeral will be celebrated by the Dean of the College of Cardinals, Cardinal Giovanni Battista Re, while the Pope will preside over the rite of the ultima commendatio et valedictio. This is in respect of Pell’s expressed wish, some time ago, to those who knew him. He will be buried in the crypt of St Mary's Cathedral in Sydney, like his predecessors who were archbishops. The news of his unexpected death, which arrived shortly after that of Benedict XVI, left many who esteemed and appreciated his charisma and leadership qualities in shock. The media-judicial persecution he suffered in Australia only encouraged his commitment to defending the Truth, primarily in the Church. The Daily Compass recalls him in this interview with Monsignor Peter J. Elliott, probably his best friend and a fellow student, half a century ago, at the University of Oxford and later his auxiliary bishop in Melbourne.

Is there an anecdote you recall in particular of the Oxford Period, 1967-1969?
Father George Pell and I were irritated by the Slant group for “Catholic-Marxist dialogue”, active in Oxford and consisting mainly of Dominicans and Leftist laypeople. From our knowledge of political science and Communism, we knew that there can never be “dialogue” with Marxists, only dialectic, which they must always win. One evening, we attended a Slant meeting in a college chapel (I wore a red tie), and we stirred them up with provocative questions. At the time, it was great fun, but they later called us “the big Australian bastard and the little Australian bastard”.

When you were secretary to Bishop John A Kelly, you knew that Father Pell would be appointed as rector of Corpus Christi Seminary in Melbourne in 1984. Do you know why Pell was chosen and how he performed in that role?
The Melbourne seminary was not in a good state, as Bishop Kelly told the other bishops and he could describe the problems. Distressed orthodox students came to the bishop’s house in the evening and I sent them to his study to reveal the state of the seminary. Father Pell had a record of being a strong principal who revitalised the teacher-training college in Ballarat, so he was chosen. Strangely, I broke the news to him, by hints, while staying in his presbytery in Bungaree. He was a good rector but only held the position for two years because he was appointed bishop in 1987 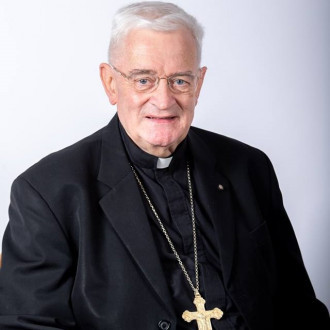 Can you tell us about Pell’s pastoral work with Aids patients? Somebody wanted to describe him as a Prince.
He had rejected gay demonstrations at High Mass at St Patrick’s cathedral Melbourne, when activists came up for Communion wearing rainbow sashes, because the Eucharist should not be exploited for political demonstrations. Therefore, when he became Archbishop of Sydney in 2001 he arrived with a reputation of being “anti-gay”. At a press interview, he was asked what he thought of the Sydney Gay Mardi Gras. “Well I don’t think we will be putting a float in it” he replied, and the journalists laughed. That did not prevent a histrionic street demonstration when he was enthroned in St Mary’s cathedral, an incident I witnessed. But the cardinal was a compassionate man with a genuine sympathy for the victims of AIDS, and he did not judge them. He visited them to comfort and console and he encouraged Catholic healthcare to provide expert care for them.
As for him being a “Prince”. In public, he bore himself with princely dignity. But working with priests and teachers and relaxing among his family and friends, he was down to earth, never aloof. And he had a good Australian sense of humour.

Starting from his first homilies, he said “truth cannot happen without suffering”. Did he expect Catholics also those in western nations to have to suffer in these hard times?
When I lived with him in the Melbourne archbishop’s house (1997-2001), that theme came up in discussions. I was pessimistic about the rise of secularism in Australia and in the wider West. He was more optimistic, arguing that people are still basically religious. He was well-versed in the Vatican II teaching on the human person, in Gaudium et Spes. On the other hand, some of his heroes were cardinals who suffered under Communism: Mindszenty, Wyszyński and Stepinac. He was a friend and supporter of Cardinal Zen, of Hong Kong, and he welcomed him to dine in his apartment after the funeral of Pope Benedict.

He knew well he had many enemies, both in Australia and in Rome: did he fear them?
George Pell was not afraid of anyone. But he was aware that some people feared him, so when he became Archbishop of Melbourne, he took the words of Our Lord as his motto: “Be not afraid”. That also expressed his vision of a courageous Church, rooted in tradition but not afraid to go forward, to innovate and break new ground.

What hurt him most and what gave him the most pleasure during his trial and imprisonment?
He was hurt by the biased processes of law, by the lies and calumny hurled at him. Yet he did not show this hurt or slide into self-pity, as I noted when I visited him in prison. He was pleased by the unstinting support of his family and friends, and the expert legal advice that finally led to the favourable decision of the High Court. The chance to deepen his life of prayer consoled him in prison, as his published diaries reveal.

What did Pell represent for the Australian Church?
Leadership.

Did you ever discuss death with him? How would he like to be remembered?
I cannot recall discussing death with him, but he was very concerned that we teach children and young people about the realities of judgement, heaven, hell and purgatory, in the religious education texts, To Know, Worship and Love, that I edited for him.
He would like to be remembered as a pastor who did his duty for God and among God’s People. “Duty” was one of his favourite words.