From September 1 to October 4 it is again the “Time of Creation,” an ecumenical initiative calling people to reflection on creation. In reality, it is the celebration of a new pantheism that is in vogue today among Christians, including within the Catholic Church. 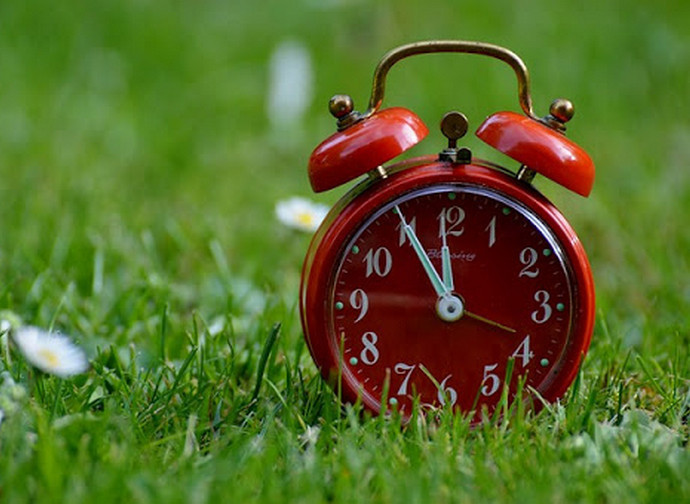 The summer vacation season is coming to an end, and now once again it will be the inexorable “Time of Creation,” a substantially pagan observance that various Christian confessions, united together, are pushing on the faithful. It all began in 1989 when the Ecumenical Patriarch Demetrios I proclaimed that for Orthodox Christians September 1 would be the Day of Prayer for Creation. The World Council of Churches (or the Ecumenical Council of Churches), that unites 350 Christian denominations, enthusiastically followed suit. And now, ever seeking a point of unity between Christians that is something other than Jesus Christ, it has decided to transform the “Day” into the “Time of Creation,” extending the celebration from September 1 to October 4, the Feast of Saint Francis.

Could Catholics have hesitated in joining in, following an ecumenical path? Of course not: since 2015 even the Catholic Church adheres to the “Time of Creation,” and it has even gone to the head of the line, with the encyclical Laudato Si as the guiding star of the movement.

This year the theme – decided on by a ecumenical steering committee – is “Jubilee for the Earth,” and yesterday, in order to share the good news, a joint declaration was made by the CEC (Conference of European Churches) and the CCEE (the Council of European Catholic Bishops’ Conferences, headed by Cardinal Angelo Bagnasco).

In its banality, the declaration reveals two aspects that are typical of today’s prevailing Christian pantheism, which makes the approach to the environmental issue indistinguishable from that of radical ecologism that considers man the true enemy of the environment.

The first question: it speaks of Creation, but at the beginning the Creator exists alone. “Creation is a gift of God for humanity,” we read in the joint declaration, a creation that is already complete and definitive from the beginning. Then man must think about it with his responsibility to “guard it” (implied: to preserve it just as it has been given to us). This is a position that is repeated many times, in different ways, even by our bishops, but that is closer to an animist conception of the world rather than a Catholic one. Gone is the concept of man continuing the creative work of God by his own work (see Saint John Paul II’s 1981 encyclical Laborem Exercens), and thus called to “subjugate the earth” according to the divine plan. Instead, an animist ideal is affirmed that is substantially that of preserving the world as it has been given to us, under penalty of the curse of the spirits. It is no coincidence that our pastors never miss an occasion to speak about Covid as a curse for having abused nature (rather than possibly because we have sinned against God).

In coming articles we will be addressing in a more analytical way the presumed cause-effect relationship between the abuse of nature and the pandemic, but just a minimum of critical sense would be enough to realize the absolute inconsistency of the arguments used to support this thesis. The fact is that “Jubilee for the Earth,” the theme of this year, wants to call us to make reparation for the damages caused by man, who obviously requires “ecological conversion.” Translated, this means being converted to pantheism: if we want to understand this better, we should go back and read what was written and said during the Synod on the Amazon.

The second question is closely tied to the first: the magic word to realize this ecological conversion is “sustainable development,” or, in more general terms, “sustainability.” Thus the concept of the Jubilee, “rooted in the Bible,” has been translated into “just and sustainable equilibrium between social, economic and ecological realities.” But sustainable development, a concept which is now strongly part of the Magisterium thanks to Laudato Si, contrary to what is thought, is a concept that was conceived in hatred of man, who is considered as a problem because he has created imbalance in the ecosystem and placed the life of the planet at risk.

It is not for nothing that the pillars of sustainable development policies, beginning with the international conference of Rio de Janeiro in 1992, consist in slowing down or blocking the impact of human presence in the world. Quantitatively, with birth control policies in poor countries, and qualitatively, with the brake on economic growth in rich countries, who are accused of consuming too many resources.

For several years now, in order to “educate us” about this concept, “Overshoot Day” has also been created, that is, the day on which the planet goes “in reserve” or is in debt of resources. By means of pseudo-scientific procedures, the quantity of resources consumed by human beings is calculated (obviously almost all in rich countries) in relationship to what nature is capable of regenerating, and thus each year the alarm is sounded on a situation that is said to be obviously and catastrophically getting worse. In 1971, Overshoot Day fell on December 21 (meaning that in one year there were ten days of ecological debt), but in 2019 it fell on July 29.

And this year? “Thanks to the lockdown measures adopted to stop the coronavirus pandemic, Overshoot Day 2020 falls on August 22, three weeks later than in 2019.” So take courage everyone! If we keep up the good work, it will only take seven years of lockdown for us to put the world back in balance: the economic system will collapse, people will die, but it will all serve to bring the world population back to the desired dimension, in order to save the planet. All with the blessing of the Christian denominations, with the Catholic Church leading the way.