The Shroud that wrapped Jesus: the latest discoveries

The Shroud is a relic for believers, while for scientists it is a mysterious object that animates their continuous debate. For years Emanuela Marinelli has been dealing with it, as an expert but also as a believer who reminds us of the history of the cloth and the latest discoveries, indicating the Crucifix made by Monsignor Giulio Ricci as one of the most "truthful" representations. 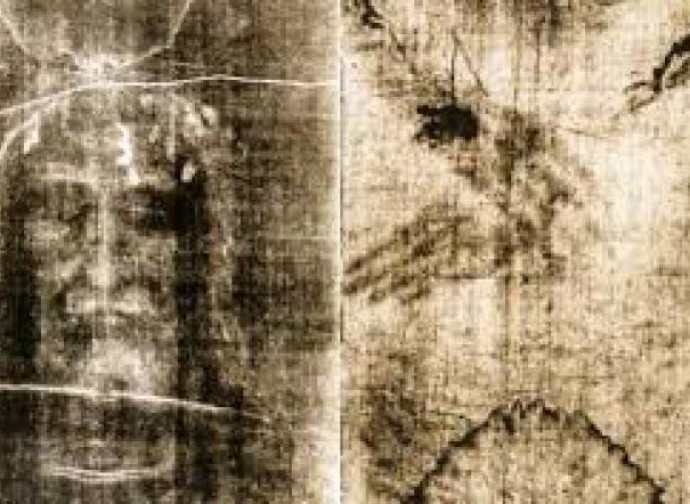 The Shroud is a unique object: for the faithful it is an icon and a relic that wrapped the body of Jesus, for scientists it is a mysterious object that animates the scholars’ continuing debate. Prof. Emanuela Marinelli has been dealing with the Shroud for years, as a scientist but also as a believer. She has written many books on the sacred linen, the last one edited and titled by her “Nuova luce sulla Sindone. Storia, scienza, spiritualità” (Nuova luce sulla Sindone - Edizioni Ares) offers a multidisciplinary approach to the topic. We asked her a series of questions to remember both the history and the latest scientific discoveries regarding the Shroud.

Could the image on the Shroud, which is not made up of pigments, be a "photograph" of the resurrection?
The image is a yellowing of the fabric due to a degradation of the linen, which is oxidized and dehydrated. It was not produced by artificial means. It is neither a painting nor a print: there is no pigment on the fabric. It is not the result of a superficial burn produced with a heated bas-relief: the imprints thus obtained pass from side to side, have different fluorescence and do not have the same three-dimensional characteristics of the Shroud. It is not even the result of the use of acid pigments, which would have altered the fabric for a greater thickness and would have damaged the blood. The most interesting experiments are those that were conducted at ENEA (Italian National Agency for New Technologies, Energy and Sustainable Economic Development) of Frascati (Rome), where some linen fabrics have been irradiated with an excimer laser, a device that emits high intensity ultraviolet radiation. The results, compared with the Shroud image, show interesting similarities and confirm the possibility that the image was caused by directional ultraviolet radiation. According to some scientists, the image on the Shroud may have been caused by the light emanating from the body of Christ at the time of the resurrection. The hypothesis is not unlikely: we remember the episode of the Transfiguration. This is why a child called the Shroud image a "selfie" of Jesus.

What do we know about the history of the sacred linen before it reached Europe in the 13th century? What do literary and iconographic sources say about the Shroud?
In the first three centuries the Shroud must have been hidden due to persecutions and Jesus is represented in a symbolic way. From the fourth century, however, the Face of Christ has numerous non-regular elements, hardly attributable to the imagination of the artists, clearly of Shroud inspiration. Evidently a model was available: the Image of Edessa, which will later be called Mandylion. According to literary sources, it was a Face of Christ miraculously imprinted by himself on a cloth. Later it will be discovered that the cloth was a long folded cloth: at this point it is reasonable to think that it was just the Shroud. In 944 the sacred image was transferred to Constantinople, and in 1204 a crusader, Robert de Clari, saw the Shroud exposed in the church of St. Mary of Blachernae. It was probably taken away and transferred to France by Othon de la Roche.

Science dealt with the traces of organic material, including blood, found on the Shroud. What are the results of such research?
Many scientific analyses confirm the authenticity of the Shroud: the great abundance of pollen from the Middle East and myrrh and aloes; the rudimentary manufacture of cloth; the presence of aragonite similar to that found in the caves of Jerusalem; the presence of dirt on the knees and nose; a side seam identical to those existing on first century Jewish fabrics; conspicuous traces of Middle Eastern DNA. The negative imprint of the body that was wrapped in it is visible on the Shroud, in addition to the stains of his blood, which were found to be real human blood, transferred from the wounds of the corpse in an estimated time of around 36-40 hours.

On October 13, 1988, Card. Ballestrero of Turin announced the medieval dating of the Shroud analyzed with the Carbon 14 method in three laboratories located in Oxford, Zurich and Tucson. For many faithful it was a shock. Why is the Shroud so important also for the faith of the people?
Faith is not based on the Shroud, however it is evident that the Shroud is a confirmation, a support for the faith. This extraordinary sheet offers us the opportunity to see with our own eyes everything that is described in the Gospels of the Passion, with even more impressive and moving details. Over 120 scourge marks, a helmet of thorns, swelling of the face due to beatings and falls, nail holes in the wrists, the wound in the side with abundant blood and serum leakage. All this cannot leave the faithful who observes the Shroud indifferent.

In recent years, the same science has questioned the medieval dating. What have scientists discovered to disavow the 1988 results?
The corner from which the fragment of fabric to be dated was taken was polluted and mended. An important scientific article, which appeared in 2019 on Archaeometry, examines from a statistical point of view the raw data of the radiocarbon analysis of 1988, that is, the data derived from the individual measurements. Statistical analysis shows that the samples were not homogeneous, therefore they could not be considered representative of the entire sheet. The outcome of that test, therefore, does not allow us to consider the Shroud to be medieval, as it was stated in 1988.

What is the Shroud for you?
It is a Gospel written with the blood of Jesus himself, as my master of Sindonology, Msgr. Giulio Ricci, author of the Sindonic Crucifix, said. It is a direct witness of the Passion and Resurrection left by the Lord as a gift to all the Thomases of history, who need help due to the weakness of their faith. Today we need it more than ever! 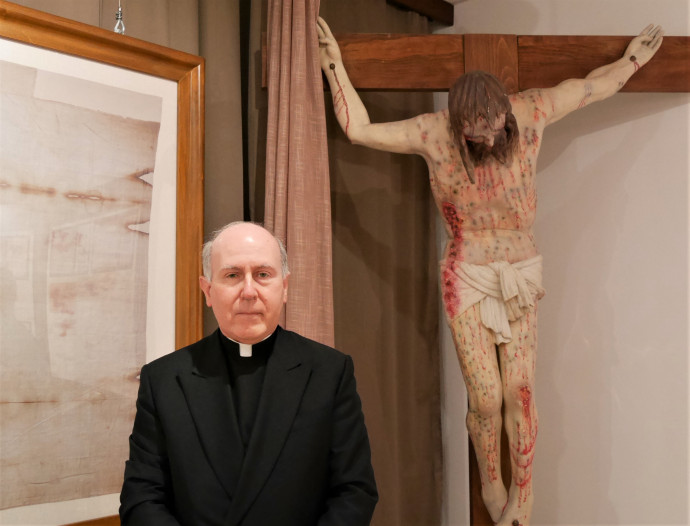 One of the most impressive and "truthful" representations of the crucifixion of Jesus is the Sindonic Crucifix made by Msgr. Giulio Ricci. This Sindonic Crucifix, twin of the one venerated in the Basilica of the Holy Cross in Jerusalem, was personally painted by Msgr. Giulio Ricci after 50 years dedicated to the study of the Shroud and to prayer. The Crucifix is located in the permanent exhibition on the Shroud set up at the Pontifical University Regina Apostolorum.

It must also be said that the Institute of Science and Faith of the same University, in collaboration with Othonia, the International Center for Studies on the Shroud of Turin and the Diocesan Center of Sindonology Giulio Ricci of Rome, organizes every year a course for a Diploma of specialization in Shroud Studies, which intends to offer a systematic approach to the challenges that this exceptional document raises to the understanding and a deepening of the message it proposes to the faith and to the hearts of believers (othonia@upra.org). Coordinator of the Diploma is Father Rafael Pascual LC.