The real Chinese model is Taiwan. But nobody is interested

While China emerges as the global winner of the pandemic challenge and related economic crisis, it is often forgotten that there is another China that is a far more attractive model for the free world. It is the China of Taiwan. It has a lower mortality and higher growth rate. Yet for all international organisations, Taiwan ‘doesn’t exist’. 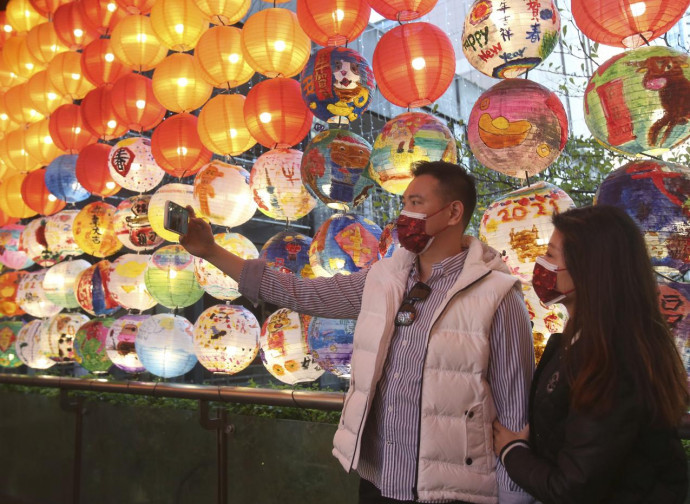 While China emerges as the global winner from the pandemic challenge and the economic crisis, so much so as to present itself at the World Trade Forum as the power that dictates its rules to the world, it is often forgotten that there is another China that represents a far more attractive model for the free world. It is the China of Taiwan, which has beaten the epidemic with very few deaths and now has unquestionably astonishing economic growth figures. And this is without any form of guise.

Whereas, China’s impetuous economic growth and its very low number of victims of Covid-19 still raise many doubts. Just last October, international economic observers were noticing discrepancies in Beijing’s economic statistics. If the macroeconomic data that is common knowledge is that of an annual GDP growth of 2.3%, this is in contradiction with an increase in youth unemployment in 2020 (+4% per year) and a collapse in consumption in the first three quarters of 2020 (-6.6%), as well as falling profits in all the country’s major companies. State-owned enterprises (SOEs) had the biggest losses (-14.3%); private sector losses were smaller (-0.5%).

Yesterday additional economic data were released that contradict the official narrative of a victorious and growing China. The Caixin/Markit PMI index (which measures the health of industries) for last month fell to 51.5 points, one point lower than the 52.6 expected. This figure was also corroborated by Beijing’s own survey: the National Bureau of Statistics’ PMI index stood at 51.3, lower than the 51.9 recorded in December. This is the worst result since January 2012. A situation that indicates uncertain growth, with possible new crises occurring during the year.

In contrast, the other China, Taiwan, presents a decidedly more solid scenario. It declares a 2.3% growth in GDP, the same as China, but this is not contradicted by other economic data. In January, the PMI index for industry reached 65.1 points, with a peak of 70.5 in the transport sector. Many Taiwanese companies that had opened in China in previous years returned home in 2020, with investments of €32 billion and the creation of another 100,000 jobs. Not only is employment growing, it is also attracting a skilled workforce. In 2020, Taiwan registered the entry of 800,000 legal immigrants, including almost a thousand businessmen and 124 journalists (who prefer to follow China from the island, where they can at least express themselves without fear of being deported or arrested).

On the other hand, the data on how the pandemic has affected the “two Chinas” are also very significant. The People’s Republic, the first country to be infected, has published figures that are increasingly less credible in the light of how the same disease has claimed victims throughout the rest of the world: 4636 deaths in total, i.e. 3 deaths per million inhabitants. But if anyone tries to document the epidemic without the explicit consent of the government, they risk imprisonment, as the case of independent journalist Zhan Zhang shows. In Taiwan, on the other hand, there is no government censorship, and the press is free to investigate and report the reality on the ground. The figures are therefore more credible and infinitely better than the official ones released by Communist China: 915 total cases, 8 deaths in all, a ratio of 0.3 deaths per million inhabitants.

However, in the upside-down world in which we live, the Chinese model that appeals is that of the People’s Republic. The WHO has always listened to the Beijing regime throughout the crisis, even drawing the wrath of the United States, but it has never wanted to accept the cooperation of Taiwan, a nation whose existence it does not even recognise, considering it, on Beijing’s orders, a province of China. Conversely, the democratic Chinese island has received no help from the WHO, neither in terms of information nor of material support. It has had to front the emergency on its own. At the World Trade Forum, as in all other international fora, it is China that presents itself as the emerging great power, while Taiwan literally does not exist. Precisely because it is China ‘as it could and should be’ if it were not communist, a living, working counterfactual, Taiwan really risks its existence. And the more successful it is, the more it attracts the wrath of the Beijing regime, while the number of raids by Chinese warplanes in its skies increases.