The popes’ penchant for wine (especially the Avignon popes)

Today the Vatican has the highest per capita consumption of wine in the world, but the link between the popes and wine has roots dating back to the 13th century. Above all, it was during the Avignon period that successive popes greatly boosted the development of vine varieties and the production and consumption of wine.
- THE RECIPE: BOEUF GARDIAN 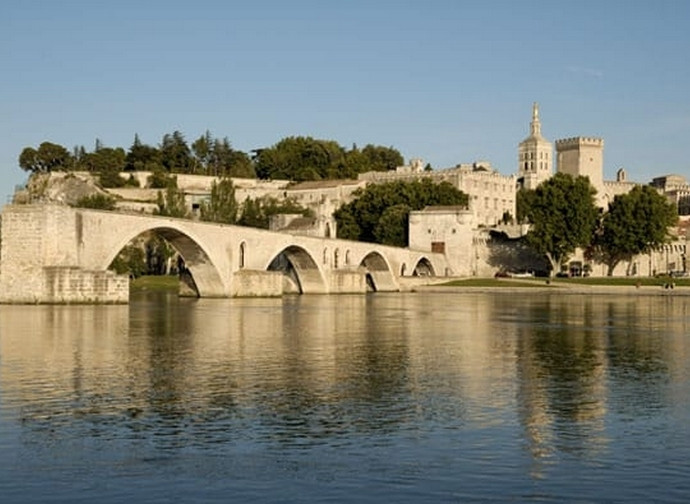 But the link between the Papal throne and wine has ancient roots: already in the 13th century, the Papal Court included, among its services, a Bottiglieria, which supplied the table of the Pope and his entourage, and a Cappellania, which distributed food to the poor and needy pilgrims. Both the Bottiglieria and the Cappellania needed wine in large quantities, though the difference in quality was great. As long as the Curia was in Italy, the Cappellania was supplied from the vineyards of the Roman countryside and the Alban Hills, while the Bottiglieria added to its cellars important wines from Vesuvius, Greek wines, and Vernaccia.

However, the most documented period regarding wine consumption at the Papal Court is that of the Popes of Avignon (1305-1423), who planted grapevines and developed vine varieties, experimenting with new cépages. Many of these wines have disappeared today, but many others enjoy international fame. The papacy’s move to Avignon was caused by the violent quarrel between the King of France Philip IV (known as Philip the Fair) and Pope Boniface VIII. For purely political reasons, a French prelate, Bertrand de Got, Archbishop of Bordeaux, was elected to the Throne of Peter. He was the first Avignon pope, with the name of Clement V: he reigned from 1305 to 1314. From a wealthy family, he owned in Pessac the castle that now bears his name (Château Pape Clément). The first papal vineyard was planted by him in Malaucène.

His successor John XXII (1316-1334) was a former bishop of Avignon called Jacques Duèse. He was responsible for the transformation of the Episcopal Palace of Avignon into a Papal Palace, after important renovation works. Although born in Cahors (an area famous for its wines), John XXII had a predilection for the wines of Hermitage, Costières, Roquemaure and Valréas. This last vineyard was then bought by him in 1317 and subsequently developed, producing exceptional wines. He also planted other vineyards, the most famous of which is Châteauneuf.

On his death in 1334, Jacques Fournier became the new pope under the name of Benedict XII (1334-1342), in a relatively peaceful climate, despite the impending Hundred Years' War (1337-1453). He further reorganised the papal court and developed the wine trade, increasing the Church's revenue. This financial boon allowed him to build a new palace.

This pope was apparently austere, but in fact he appreciated wines and not only for trade. He especially loved to drink the wines of the Rhone. Petrarch (perhaps exaggerating) treated him like an “inveterate drunkard”. The poet turned to him on two occasions (Epystole I, 2 and 5) to urge him to bring the papal seat back to Rome. The failure to comply with his request disappointed him so much that Petrarch did not hesitate to take revenge, continuing to describe the pope as an alcoholic, using unflattering words: “soaked in wine, ponderous with age and covered in soporific humours” (Sine nomine liber 1).
Petrarch, who was at home in Avignon, interacted on various occasions with the popes of this city.

Petrarch also picked on Benedict XII’s successor, Clement VI (1342-1352), an exceptional man, recognised for his intellectual qualities, his eloquence, his sense of diplomacy and his theological culture. Pierre Roger (his real name) was elected unanimously, which was quite rare. Great gentleman, statesman, art lover, after a sumptuous coronation in the presence of the princes of the blood, this great patron of the arts made Avignon a cultural melting pot and a centre of European exchanges.

This pope, originally from Limousin, truly inaugurated the Europe of wine: Beaune, Baumes de Venise, Cassis, Provence, Languedoc, but also Saint-Pourçain, Poitou, Rhin and Cinque Terre, in Liguria, were on the papal table. The first terroir of Châteauneuf-du-Pape, the “Bois de la Vieille”, is also linked to him.
Clement VI embellished Benedict XII's palace and enlarged it by adding the opus novum (new palace). In 1348, in order to be the definitive master of the place, he bought the city from Queen Joan of Naples, Countess of Provence.

He was succeeded by Etienne Aubert, who took the name of Innocent VI (1352-1362); he was an eminent jurist, but he weakened the papal finances, without however stopping the development of wine production. This pope greatly appreciated the Châteauneuf white as well as red, as the reports of the Reverend Apostolic Chamber testify. To the wines of his predecessors he added those of Pont-Saint-Esprit, Bellegarde, Rochefort-du-Gard, Villeneuve-lès-Avignon and Tavel (Priory of Montézargues), but he made Saint-Pourçain disappear from the papal tables.

He was succeeded by Gregory XI, who remained faithful to the Muscat of Beaumes-de-Venise, Velorgues and Carpentras and continued to order wines from Apt, Saint-Gilles and Côte du Rhône (Laudun, Bagnols-sur-Cèze). His rapid death, following a kidney disease, was at the origin of the Great Western Schism.
During this troubled period, the last two popes of Avignon continued the wine tradition.

Clement VII (Robert de Genève, 1378-1394) had a special affection for the Châteauneuf to the point that in 1390 he condemned a winemaker who had not been able to supply him with twenty-two barrels of muscatel to provide him with twice this quantity at the next harvest.
We also know, thanks to the archives of Francesco di Marco Datini, kept in Prato, that Juan Fernandez de Heredia, Grand Master of the Hospitallers, had ninety-five barrels of sweet Greek wine delivered from the island of Rhodes to the Papal Court of Avignon in June 1393.

Finally, the last Avignon pope, the Catalan Pedro de Luna, who reigned under the name of Benedict XIII (1394-1423), has the great merit of having enhanced the Rivesaltes.

We can conclude by saying that the Avignon Popes contributed greatly to the creation, development and promotion of various wines, many of which are Provencal, including the white wines of Cassis and Marignane, the white and red wines of Cagnes, Roquevaire, Aubagne, Cucuron and Manosque (Pierrevert); as well as the red wines of Gémenos, Orgon, Barbentane, Aix-en-Provence and La Crau. The latter, is indicated as the most alcoholic wine in Provence. Finally, a very particular production based on dried grapes of Brignoles and Maubec. In addition to the facts reported above, it is worth mentioning some anecdotes that link popes to wines.
I would like to mention the colossal statue (33 metres high) of Urban II - born in Châtillon-sur-Marne around 1040, the one who preached the First Crusade - which dominates the vineyards of the Champagne region. Then, a curious fact: Leo IX (who lived in the 11th century) was born in Eguisheim, Alsace in... a vineyard.

Finally, a more recent fact: at the beginning of the 20th century, the Mariani tonic wine, based on Bordeaux and coca leaves, was very popular. Its inventor, Angelo Mariani, was an advertising ace. He managed to convince Popes Leo XIII and Pius X to advertise his drink in person (see photo). Leo XIII even awarded him the Vatican Gold Medal. The Mariani tonic wine is the ancestor of Coca-Cola, but that's another story...