If the palliative society in which we live is one that intends to eliminate pain and thus anaesthetise citizens, the palliative Church dominant today is a Church that pacifies consciences, that abolishes the term sin. It is a Church obliged to get along with the world. As we have seen in these two years of pandemic. 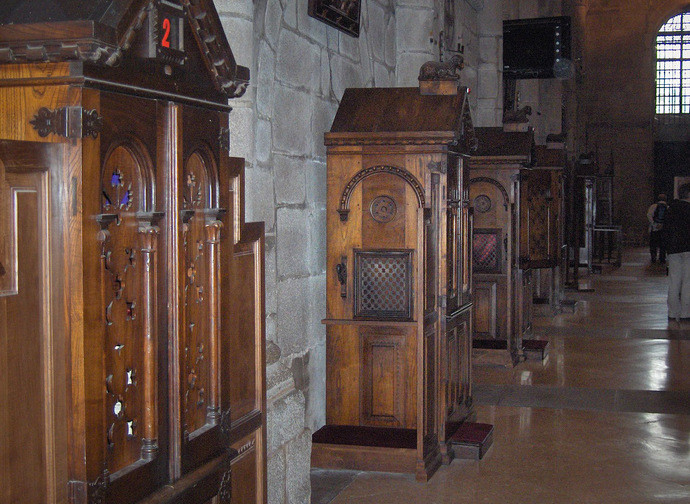 In a previous article I commented on the palliative society. Come to think of it, however, today we also have a palliative Church. This is worth reflecting on too.

In the article mentioned above, on the basis of certain analyses carried out by other authors, I said that the palliative society is one that intends to eliminate pain and therefore anaesthetise citizens. Not only no more physical pain, but also no more contagions, thanks to preventive, general, and perpetual vaccination; no more anxiety or distress as a result of generalised therapy; no more conflicts in light of shared services provided by the centre; no more tension between freedom and authority as a result of social control and political surveillance presented as necessary for public welfare. The palliative society combines capitalist liberalism with surveillance and social control: the hyper-supervised citizen is thankful to be so.

Last Sunday, the reading from the Gospel during Mass was that of the barren fig tree. It is a threatening and anxiety-provoking text. It speaks of punishment for those who do not bear fruit and the threat to uproot the barren fig tree is tantamount to a sentence of spiritual death for the believer who, like the fig tree, does not bear fruit. But the priest who gave the homily in my church must have found this all too disturbing and delivered a palliative homily. He did not speak of threats of punishment, but focused on the granting of the extension by the owner of the field. In fact, the Gospel tells us that he gave the fig tree another chance, he would have it fertilised and wait another year to see if it would bear fruit. The celebrant priest insisted on the fact that God always gives mankind another chance, that He "invests His time in man", that He patiently awaits our conversion... while keeping silent about the fact that at some point, according to the parable, time will come to an end, including the last extension granted.

The Gospel is full of parables and teachings that speak of possible punishments, of convictions to be avoided while there is still time, of dangerous ways of being, and of situations that cannot be reversed. Today's palliative Church, however, censures them, as it did with the sterile fig tree, because the faithful must still leave the church serene and at peace with themselves, free of worries and confident that "everything will be alright": all sealed by the "Have a good week!" that now always follows the missa est. Mercy always prevails over justice, we are constantly reminded that Christ did not come to condemn but to save, forgetting that if He did not come to condemn, He did however also came to judge. The palliative Church also attributes the question "Who am I to judge?" to God.

An element that confirms the course of the new palliative Church that soothes consciences and always guarantees a positive outcome is the abolition of the term sin and, above all, the theological notion of original sin. At the beginning of Mass, the celebrant now very frequently invites us to ask forgiveness for "our weaknesses", "our frailties", when we have been "too focused on ourselves" and so on. The word sin is rarely used. The doctrine of original sin is no longer heard of, not only in homiletics but also in theology. The faithful should be content with the fallen state of nature, which should be considered as willed by God and within which they can find their own balance. Sin and original sin in particular are considered sources of anxiety to be prevented.

An extraordinary opportunity to show the face of the palliative Church has been the pandemic of the last two years. The Church has made itself Ministry of Health, it has espoused - and even increased - all the measures established by the political power, making Christian charity coincide with the extremely rigid application (with rare exceptions) of government measures. It has prevented the faithful from thinking and has shared the idea that we are all sick and that the burden of proof falls on those who are not sick rather than on those who are. But that we are all sick is precisely the assumption of the palliative society, which thus motivates the generalised and continuous prophylaxis and the watchful control of citizens' behaviour that the Church has imported into itself. All health dictatorships, and not only health ones, are based on this assumption.

The main foundation of the palliative Church, however, is strictly theological. After its "anthropological deviation" the Church can no longer be a sign of contradiction, because it is obliged to get along with the world. If the tension between the Church and the world ends - "God and the world will never be able to understand each other" (Cornelio Fabro) - anaesthesia becomes obligatory, tensions must be relaxed, actions that are always and in any case evil must be reabsorbed into conditions that make them reversible. With the anthropological deviation, this is precisely what has happened: if God reveals Himself in the profane history of humanity, that is, in the world, then what God wants and what the Church must bear witness to will be told by the signs of the times. So don't worry: “All will be well”.