The lives of the Nice martyrs is what can save Europe

The tears and anger in front of a mother killed while praying, a beheaded elderly woman, a man stabbed while serving God with love, serve to understand that keeping silent about the differences between the Christian God of life and the Islamic God of death is a source of conflict. Only the proclamation of the faith witnessed by these martyrs can bring peace to the world. As one wrote shortly before his death, citing Psalm 91: "I will rescue him, for he acknowledges my name... I will show him my salvation.” 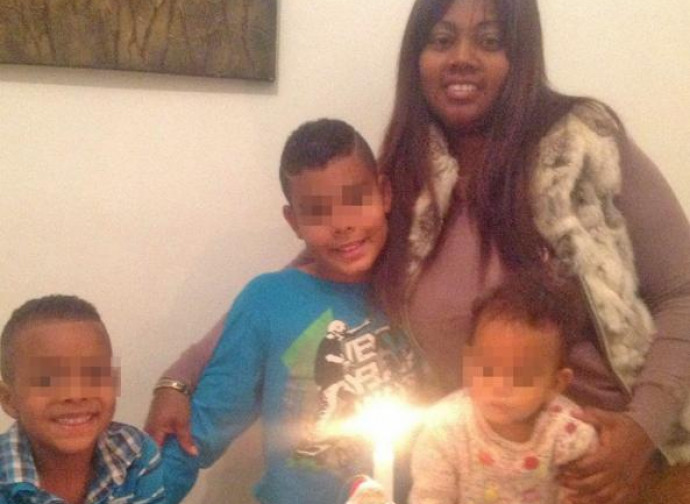 We can just imagine her hobbling through the narrow streets of Nice leaning on a crutch. She heads to church, despite the French semi-lockdown and the delirium of coronavirus fears. She reaches the city’s Cathedral of Notre Dame. She is a sixty year-old disabled woman. She is part of the most vulnerable (but often more courageous and confident) segment of the elderly population. She had thought that going to pray to her Lord was worth the risk. She reminds us Westerners, who pray to the idols of health and safety, that there is something worth more than life and that there is a place that is safer than any other location. So, while running the risk of being with her God personally present in the tabernacle, she was beheaded at the cry of "Allahu akbar!" by 21-year-old Tunisian, Brahim Aouissaoui. She was so violently murdered that those who saw the photos of her corpse were horrified. Hence, while going to seek salvation, this fragile woman found death, a beautiful paradox for a world which no longer understands the basic meaning of martyrdom.

It has to be considered that next to her was Simone Barreto Silva  (pictured above). Silva was a 44-year-old Brazilian mother of three who had lived in Nice for over 30 years. It is assumed she entered Notre Dame Cathedral to attend Mass, light a candle, or perhaps simply stopped to pray on her way to work after kissing and hugging her small children goodbye expecting to see them again in the afternoon. That expectation that only a mother can experience everyday with an intensity that struggles to decrease unlike other human feelings and affections. She was a Christian mother who, like many others having had children at an early age, visits the church as often as she could while carrying her loved ones in her heart before Jesus and Mary to seek their protection. To ask that they be His, as Silva did openly on her Facebook page where her background image is the face of Jesus with the words "I am the one who loves you." In one of her personal posts, Silva quotes Jeremiah 1:19:  "They will fight against you but will not overcome you, for I am with you and will rescue you, declares the Lord."  Yet, the Christian God who gives life appears to be losing against the children of an Islamic God who desires death.

What can be told now about the cathedral's sacristan Vincens Loques (pictured on left), a 54-year-old father of two daughters described by Notre Dame's rector as someone “who loved the church where he worked. He was constantly trying to adorn it. Apparently, Loques was in the middle of All Saints Day preparations. Like every year, he was preparing an impressive nativity scene."  Fr. Gil Florini, the pastor of Saint-Pierre-d'Arène Church, told Le Figaro that Loques was "an ordinary man, in the good sense of the word. He was a wonderful, open person." A fellow parishioner told Le Parisien that Loques "was very helpful to the priest... He was very discreet and very efficient. He did not talk very much." Is this Jesus's reward for those who faithfully serve Him?

Certainly, the West bears a share of responsibility for this tragedy. Indeed, we cannot avoid asking how we've come to risk being slaughtered inside our churches (because of our faith) in secularised France with its response to rampant and violent Islamism. The question can no longer be avoided. This same sad fate could fall upon anyone of us who, even with an ounce of faith, just happen to be in any church to pray. It could have been our mother instead of any of the Nice martyrs. It could have been any of us serving as a sacristan at our local church. Surely, in their place, there will be countless ordinary Christians like us if we continue to believe that, by keeping the violence of Mohammed's followers politically silent, they will peacefully lay down their arms. The only proper response to Islam is, in fact, the witness of these three martyrs: our professed belief in Christianity.

This grandmother, mother and sacristan are, no doubt, witnesses of the power of faith in a God who uses death to grant us eternal life and at a time when we have surrendered to a secular world that places more hope in science than in Him. This is the same mind-set that kept Jesus locked and all alone in Europe’s tabernacles and during the months in which we needed to rely more on His almighty power to help us get through the pandemic. This is the same attitude that has eliminated self-sacrifice and any sense of battle (against those monsters who hate life) from Catholic preaching as the way to save ourselves and  the world.

It almost seems that it was enough for God that three simple Christians took a minimal risk for their lives to allow everything to be asked of him. Recalling that the reason we exist is the perennial glory in which the martyrs are promised immediate entry. Thus, for the elderly woman who sought comfort in her Lord, God has given her eternal peace. Similarly, Jesus did not let a mother's prayers go answered. Before becoming a holy martyr in heaven she left her suffering children with these words: "Tell my children that I love them." Today, the sacristan who served the Lord’s house for years, in addition to enjoying his new dwelling free of pain, toil, or affliction, now cries out to the world Christ’s victory.

It is only by way of this uniquely Christian perspective that we can  understand that the fate of a woman like Silva is no mockery. On her Facebook page, she loved to write about God. She often cited Psalm 91, as if it were her fate: “Whoever dwells in the shelter of the Most High will rest in the shadow of the Almighty. I will say of the Lord, ‘He is my refuge and my fortress, my God, in whom I trust.’ You will not fear the terror of night, nor the arrow that flies by day, nor the pestilence that stalks in the darkness, nor the plague that destroys at midday…  It will not come near you. ’The Lord  is my refuge, and you make the Most High your dwelling no harm will overtake you, Because he loves me,’ says the Lord, ‘I will rescue him; I will protect him, for he acknowledges my name… I will show him my salvation!’”

Today we mourn the lives of these three victims. Yet, because of them we know now that silencing differences is not the solution. It is by boldly professing the creed that has shaped the West and by giving our lives to the God who died to save His children from those who want them dead that we can awaken from the slumber of our faith and spread throughout the world the very peace it so badly needs.