The LGBT lobby is behind the attacks on Benedict

The attack on Pope Benedict XVI comes with the Rome-Germany axis at a time of maximum pressure to promote the LGBT agenda in the Church, also in view of the Synod. And in the background is the opposing position on the sexual abuse scandal: Benedict is not forgiven for having denounced the crisis of faith that lies at the root of moral corruption. The paradox is that those who are trying to frame him on abuse are precisely those who favour and promote it. 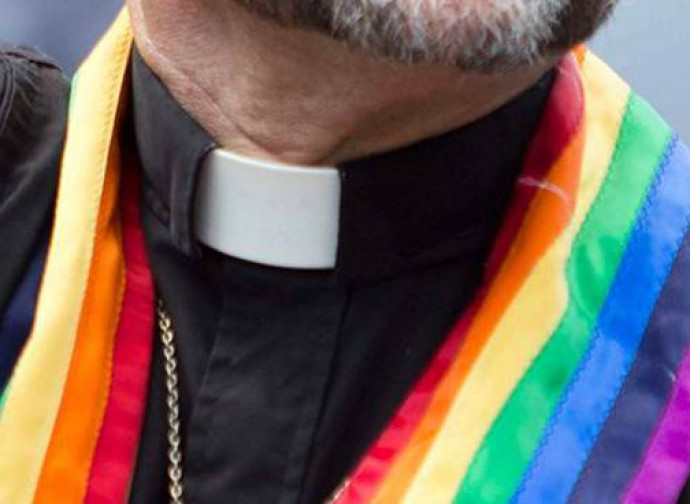 "There is a current that really wants to destroy his person and his work. They have never loved his person, his theology, his pontificate. And now there is an ideal opportunity to settle the score, like the search for a damnatio memoriae". Thus in an interview with the italian newspaper Corriere della Sera published on 9 February, Monsignor Georg Gänswein commented on the latest attacks on Pope Emeritus Benedict XVI on the subject of sexual abuse. Strong words, those of Benedict XVI's personal secretary, which authoritatively confirm what is already before the eyes of those who want to see. Yes, but which current is Monsignor Gänswein referring to, and why this hatred and this determination to destroy the person and the work of the pope emeritus? The interview does not say, but it’s possible to draw conclusions by piecing together the different parts of the puzzle.

First of all, the timing: this new attack comes at a time of maximum pressure to promote the LGBT agenda in the Church, with the Germany-Rome axis. In recent weeks we have seen the coming out of 125 German priests and church officials, supported de facto by the German Synod, which has put down in black and white, among other things, its blessing of homosexual unions. This was followed by statements by Cardinal Jean Claude Hollerich, President of the Commission of the Bishops' Conferences of the European Union (COMECE) but also General Rapporteur of the Synod of Bishops on synodality. Two sensational outbursts that received no response or correction from Rome, quite the contrary: it will be recalled that in December, the secretariat of the Synod had endorsed the documentation presented by the best-known US Catholic LGBT group, New Ways Ministry, an organisation that has since received the blessing of Pope Francis, despite the fact that in 2010 the American bishops had established that it could not be defined as a Catholic organisation. At the beginning of January, Pope Francis even wrote a significant letter of commendation to the co-founder of New Ways Ministry, Sister Jeannine Gramick, who had already been banned from any pastoral activity since 1999 precisely because of her ideas on homosexuality that were diametrically opposed to those of the Church. It should be noted that the Note of 31 May 1999 bears the signature of the then Cardinal Joseph Ratzinger, Prefect of the Congregation for the Doctrine of the Faith.

In addition to all this, a few days ago in Cologne the trial began of a Polish priest, Father Dariusz Oko, who is also a professor at the Catholic University of Krakow, accused of "inciting hatred" for an article he wrote in the magazine Thelogisches entitled "On the need to resist the homosexual lobbies in the Church". Fr Oko has been involved for many years in denouncing homoheresy in the Church and the lobby that supports it, and has recently published the book "The Lavender Mafia" (i.e. the LGBT mafia).

The complaint against him was lodged by a priest from the diocese of Cologne who appears to be the epitome of homosexual clergy, Fr Wolfgang Rothe, a well-known LGBT activist, who on 4 November last year blessed homosexual couples in a gay sauna in Munich. There are public photos of Fr Rothe, who has not been suspended from his ministry, kissing a seminarian under a branch of mistletoe.

If this is the current context (obviously only a small sample of moral corruption in the Church), there is also an underlying issue concerning the sexual abuse scandal. It will be recalled that in February 2019, Pope Francis convened a summit of the presidents of the Bishops' Conferences from around the world in Rome on the issue of child abuse, and it was the occasion when two completely different readings of the crisis emerged. Pope Francis wanted the summit to focus on the issue of clericalism as the cause of the paedophilia scandal, but the following April, 'Notes' that Pope Benedict had previously made available as a contribution to the summit were released. Instead, Benedict saw the scandal as a terrible crisis of faith, a turning away from God, which in turn had caused the collapse of moral theology, now heavily influenced by the culture of the world, distorted by the sexual revolution. Cardinals Raymond Burke and Walter Brandmüller, who signed an open letter on the eve of the summit denouncing the "homosexual agenda" widespread in the Church and "promoted by organised networks and protected by a climate of complicity and silence", were also in line with Pope Benedict. The same concept was also expressed by Cardinal Müller on the occasion, unsurprisingly, given that all the reports published to date on abuse, from the United States to France, tell us that over 80% of abuses involving clergy are the result of homosexual behaviour.

However, the subject was strictly kept away from the Vatican summit, as if to prove that clergy sexual abuse and homosexuality are not related. So it has happened that in the last three years, while on the one hand there have been proclamations against abuse, on the other hand there have been various conquests in the Church by LGBT groups, up to the events of these last weeks, already mentioned at the beginning. Not only that, but it is now becoming increasingly clear that the Synod on Synodality will be the occasion to definitively legitimise the LGBT agenda in the Church.

It is therefore easy to understand how Benedict XVI (as well as those who follow his Magisterium) is an obstacle as a person and as a judgment on the crisis of the Church, and therefore they want to destroy him in order to allow the undisturbed triumph of the new rainbow Church. It may seem paradoxical, but those who are trying to frame him on sexual abuse are precisely those who favour and promote it.