The healing of the lepers, an under-represented miracle

One of the most impressive but least represented miracles of the Lord Jesus is the healing of the ten lepers. The fact, however, is splendidly depicted in an illuminated codex: the Golden Codex of Echternach, now in the German National Museum. 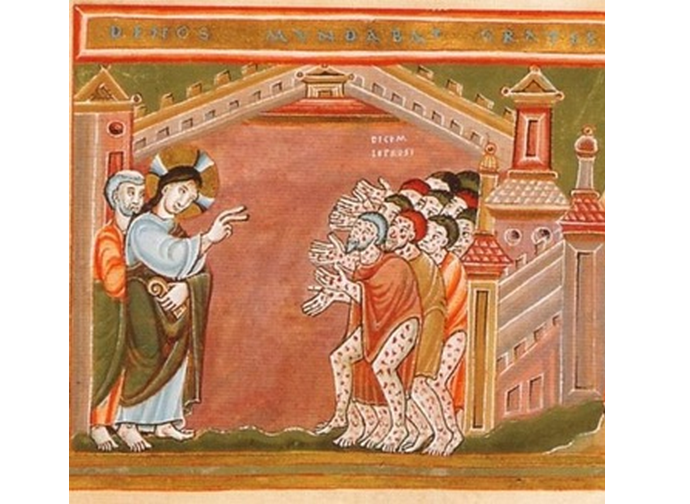 The public life of Jesus is studded with miraculous episodes, described in the Gospels, which aroused astonishment and amazement in those who received them or witnessed them. Jesus performed the miracles as a testimony to the existence of God and His will to redeem human beings from spiritual and material evils: they are acts subordinated to the faith of those who receive them. Therefore, miracles do not only have the function of healing (physically and morally) people, but they also nourish faith, which is an essential requirement in human life to be able to follow God's teachings and be in communion with Him.

Jesus, a man and God at the same time, is among people because He is one of them, but He performs miraculous acts with divine powers that transcend earthly limits: miracles. The word has a Latin origin (miraculum) and means "wonderful thing". The miracles related to Jesus can be classified by genre: Incarnation, healings, exorcisms, dominion over nature, resurrections from the dead, etc.

In the New Testament, the concrete miracles of Jesus are accompanied by a symbolic value, because often after performing them Jesus goes away, disappears or hides: after the multiplication of the loaves He hides to escape the people who wanted to proclaim Him king. Or He refuses to perform them, as happened during the time He spent in the desert after His baptism, when Satan challenged him to turn stones into bread to show His power. In this and other episodes Jesus avoids that the miracles He performs can be misunderstood by the people. He often asks those blessed by a miracle to remain silent about what has happened to them. Moreover, He forbids them to follow Him and indicates the cross as the sign of conversion. Through the miracles, Jesus proclaims the kingdom of God and His mercy towards mankind, sinners above all.

One of the most impressive and least represented miracles in art is that of the healing of the ten lepers. Although almost certainly the Hebrew term "tzaraath" in the Old Testament (Leviticus) - a term translated into Greek in the Septuagint by the word Λέπρα (lepra), meaning "scaly" and from which the Italian lebbra (leprosy) is derived - does not coincide with the disease we know, all three Synoptic Gospels contain a similar passage about the healing of a leper: Matthew 8:1-4; Mark 1:40-45; Luke 5:12-15.

On the way to Jerusalem, Jesus passed through Samaria and Galilee. As he entered a village, he was met by ten lepers who stopped at a distance and raised their voices, saying, "Jesus Master, have mercy on us!" When he saw them, Jesus said, "Go and present yourselves to the priests. And as they went, they were healed. One of them, seeing himself healed, went back, praising God with a loud voice, and threw himself at Jesus' feet to thank him. He was a Samaritan. But Jesus remarked, "Were not all ten of them healed? And where are the other nine? Has not one been found to return to give glory to God except this stranger?" And he said to him, "Get up and go; your faith has saved you!"

Christian art has depicted both episodes, but this theme, which can only be traced back to mediaeval art, is not very widespread and was practically ignored by all the great artists. The iconography of the two episodes is fairly fixed: Jesus is generally accompanied by the apostles, among whom Peter stands out, and the leper or lepers are always recognisable by their skin covered in spots, which give them an impure appearance and make them outcasts from society, the “living dead”. It was (and is) a terrible and frightening disease.

The time of the emergence of this disease remains shrouded in mystery, but it is thought to have originated in India or Africa, although more recent studies suggest other possibilities. The oldest human remains with unequivocal signs of leprosy date back to the 2nd millennium BC and were found at the archaeological sites of Balathal in India and Harappa in Pakistan. Around 400 BC, leprosy appeared in China. The book “Feng zhen shi”, written between 266 and 246 BC, is the first Chinese text to describe the symptoms. Leprosy was also described in ancient Rome by the authors Aulus Cornelius Celsus (25 BC - 45 AD) and Pliny the Elder (23 - 79 AD). But the history of leprosy is long and complex and it is not possible here to dwell on the medical subject. 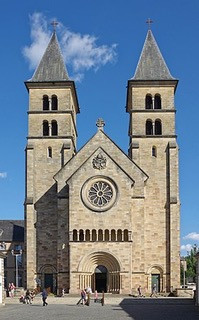 Returning to the scarce depiction in art of the specific miracle referring to the healing of lepers by the intervention of Jesus, apart from a few frescoes, such as that of the monastery of Visoki Decani (14th century) or the mosaics of the Cathedral of Monreale (13th century), the episode of this group healing is beautifully depicted in an illuminated codex: the Golden Codex of Echternach (Codex aureus Epternacencis). It is an 11th century codex, written entirely in gold letters. It was produced at the Abbey of Echternach (now in Luxembourg, see photo) under the direction of Abbot Humbert, between 1030 and 1050. The manuscript consists of 136 sheets of 446x310 mm, with 60 illuminated pages, 16 of which are full-page, 9 full-page and 16 half-page illuminated letterheads, 5 miniatures of the evangelists. There are also 10 fully illuminated tables of canons and another 503 illuminated initial letters. The manuscript's richly ornamented case is said to date from about 50 years earlier.

The manuscript was owned by the Luxembourg government, but was sold to the German government in 1800. It is currently housed in the Germanic National Museum in Nuremberg.

The former Abbey of Echternach was a monastery of Benedictine monks located on the banks of the Sûre (Sauer in German) in Luxembourg. Co-founded in the 7th century by St Villibrord (658-739, Bishop of Utrecht) and St Irmina of Oehren (died c. 710), it was suppressed during the French occupation at the end of the 18th century. A centre for pilgrimages to the tomb of Saint Villibrord (also known as the "dancing procession of Echternach"), the former abbey church was sacked by French soldiers in 1795. Rebuilt in 1868, it has been a minor basilica since 1939. In that year, recognising its importance as a national centre of pilgrimage to St Villibrord, Pope Pius XII granted the church the status of a minor basilica. Every year on Whit Tuesday there is a dancing procession in honour of St Villibrordo. This procession is unique in the world and for this reason UNESCO declared it a World Heritage Site.

The basilica was partially destroyed during the Battle of the Ardennes in December 1944. The current building dates back to 1953. It is the sixth church in fourteen centuries to be rebuilt in the original Romanesque style. The façade is inspired by the basilica of Paray-le-Monial. The reconstructed building was consecrated in 1953. The 8th century crypt has survived the vicissitudes of time without serious damage. The Echternach Grammar School and its college now occupy a large part of the monastery buildings, but the building remains a place of worship, where the dancing procession takes place every year at Whitsun, which is well worth seeing. 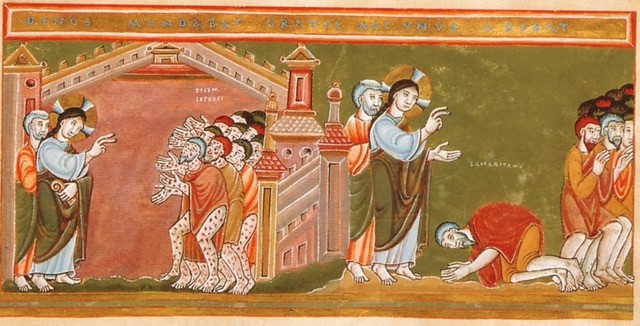