The Church’s love-hate disputes over chocolate

Pius V’s terse judgement on the “drink of the gods”; the arguments on the prohibition or acceptance of this food during fasting; the idea that it is an all-Catholic food (coffee is supposed to be Protestant); the Jesuit missionaries’ taste for it; and the debate at the Council of Trent. Finally, the chocolate eggs and cribs of our days. 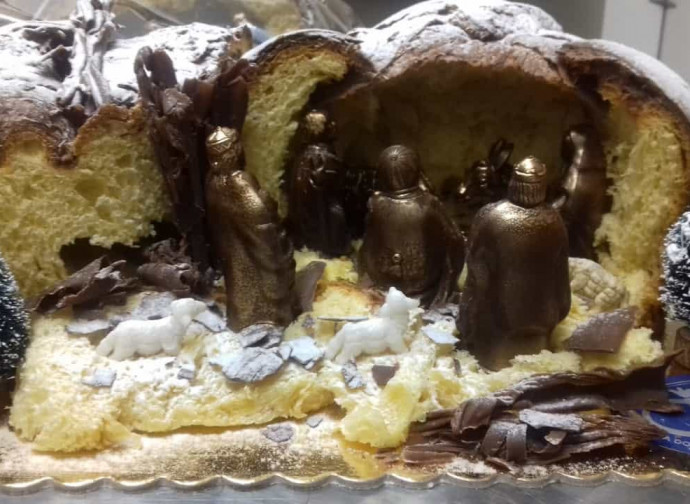 Four and a half centuries have passed since the photo of Pope Francis smiling before a panettone containing a chocolate crib and the terse judgment of Pius V on the “drink of the gods”. During this time chocolate’s relationship with the Church, has had contrasting fates. What did Pius V say? Urged by several bishops to pronounce on chocolate, because of their concerns and it being the fount of doctrinal disputes, the Pope asked to taste it. His cook Bartolomeo Scappi prepared a cup for him. Pius V tasted it and said: “It is so disgusting, that more than an immoral habit, drinking it is a punishment. Therefore there is no need for me to forbid it”. Thus chocolate slipped through the net of the judgment of the pontiff who had excommunicated Elizabeth I.

But its “freedom” didn’t last long. Because in the 17th century the Church again became the theatre of debates on chocolate: does this drink break fasting or not? Many religious of the Spanish colonies - especially the Jesuits - preferred to stick to St Thomas' interpretation that only solid food, not drinks, break the fast. In Rome, Cardinal Brancaccio ardently defended this thesis. Similarly, in Spain, throughout the 17th century, chocolate made with water was not considered by the bishops as breaking a fast. On the other hand, Antonio de Leon (1636) and doctor Caldera de Heredia (1638) claimed that chocolate was very nutritious and therefore to be avoided during periods of fasting.

Father Jean-Baptiste Labat (1663-1738), a Dominican, missionary and author of travel books, was of the same opinion and reproached the laxity of the missionaries of the West Indies who, in those days, allowed their faithful chocolate as long as it contained neither milk nor eggs. In the first half of the 18th century, Labat travelled extensively in the New World. In his reports, he wrote about the importance of chocolate as a healthy food for colonizers and colonized alike: “The Spanish and other nations that imitate them make slices of sponge cake or plain bread that they dip in chocolate and eat before drinking the rest. This seems a sensible approach: the impurities in the stomach stick to this bread and chocolate and then pass through the body more quickly”. Labat also described how in the parts of the New World through which he had travelled, chocolate “was made into small bars and a type of jam or spread [these could be the precursors of chocolates and Nutella respectively]. It would be extremely desirable that the use of this excellent food be established here in France, as it is in Spain and throughout America, but not during the fasting period”.

The authors and their publications have greatly influenced the judgement not only of the population but also of the Church. They often linked the use of various foods to religious precepts and religions themselves.

For example, Wolfgang Schivelbusch, a 20th century scholar, in his Tastes of Paradise: A Social History of Spices, Stimulants, and Intoxicants argues that chocolate is closely linked to the Catholic world, coffee to the Protestant world. “La cocción indiana” (the Indian broth), as liquid chocolate was called, was associated with royalty, aristocracy and the Church. When the Revolution at the end of the 18th century overthrew the institutions of the Ancien Régime, and the Baroque was followed by the Age of Enlightenment, that “broth” gave way to the philosophes' favourite hot drinks in their enlightened drawing rooms: tea and coffee. Michael D. Coe in his study The True History of Chocolate (Thames & Hudson), states that the last chocolate-addict would have been the Marquis De Sade. Going back to the 16th century, it was perhaps the most “eventful” in terms of rejection or acceptance of chocolate. In addition to Pius V’s terse judgement, we remember the above-mentioned Cardinal Francesco Maria Brancaccio, who, also questioned on the subject by the bishops, examined the matter and declared “Liquidum non frangit jejunum” (“liquids do not break the fast”- a phrase often erroneously attributed to Pope Alexander VII, who only quoted it. “Liquids” included chocolate, even though some bishops still forbade drinking it in their churches for other (mainly practical) reasons: many ladies of high society would carry small silver flasks containing hot chocolate to fight the cold of the churches and without any concern sip it during Mass, with great irritation for the officiating priests.

Also in that century, apart from the diatribes between the detractors and admirers of chocolate, the role of the Jesuits towards this food was strengthened. They were great chocolate connoisseurs, being extraordinary missionaries and as such had come into contact over long periods with the people of South America, consumers of chocolate.

It is no coincidence that in 1572, called by Camillo I Gonzaga and his wife Barbara Borromeo to build a monastery in Novellara, near Reggio Emilia, the Jesuits opened an apothecary there, known as “the chocolate emporium”, which remained in business until 1773, when the order was suppressed. The Jesuits imported cocoa from the Americas, where, as explained above, their presence was widespread. At the Gonzaga court it was widely used and the Jesuits determined that chocolate in Lent was perfect.

The debates on this thorny question even touched the Council of Trent, but then it was decided that with modest doses it was possible to eat “chiocolato” without violating the dietary rules, which were very strict at the time: suffice it to say that Lorenzo Da Ponte, in his Memoirs (written in the 18th century) reports that he was expelled from Venice because he had eaten ham on Friday.

Our gastronomic-religious journey includes a visit to the ancient apothecary of the Jesuits of Novellara. In its historical archive we find ancient recipes for preparing chocolate dating back to the 17th century. This small Emilian town, thanks to the Jesuits, was in competition with Venice and other important centres for the production of chocolate.

Today, the municipality has bought the apothecary and the Italian brand “Chiocolato®, il cioccolato dei Gonzaga” is sold all over the world. At the Rocca Museum there is one of the most important and complete collections in the world of ancient Jesuit vases and medicinal jars dating back to the 16th century. Nowadays, chocolate also has a rightful place in religion. A few years ago the Church of the Vendée proposed a very original communication campaign, with the idea of “re-Christianising” festivities that have become commercial, such as Easter. The posters displayed pithy slogans such as “Easter is much more than a [chocolate] egg”, or even “Not all bells are made of chocolate”...