The anti-malaria vaccine, success after failure

The new vaccine against malaria was approved by the WHO on 6 October. In Africa, where the disease still claims the highest number of victims, everyone is hoping its distribution will be immediate. It could save tens of millions of lives. But ironically, this renowned success is proof of defeat: the policies aimed at eradicating malaria in Africa have failed so far. 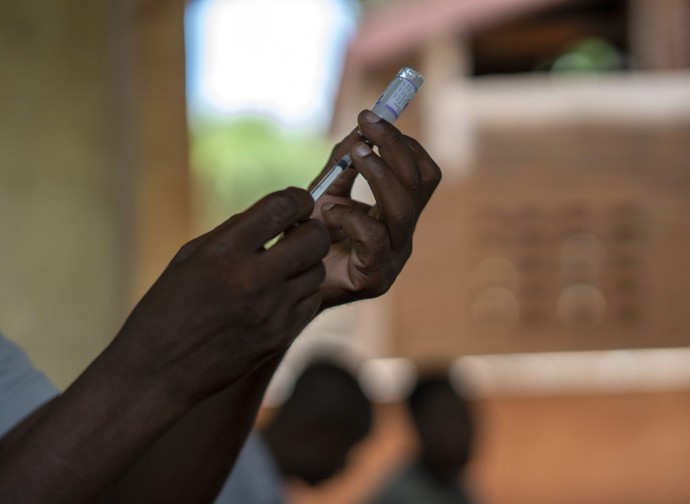 The World Health Organisation (WHO) approved the first effective malaria vaccine, RTS, S (trade name Mosquirix) from Glasxo-SmithKline on 6 October. The announcement was greeted with great enthusiasm because malaria, along with AIDS and tuberculosis, is one of the diseases that claim the most victims in Africa. According to the most recent WHO report, there were 229 million confirmed cases of malaria in the world in 2019 and 409,000 deaths, mostly children. But, the greatest alarm concerns the African continent where 94% of both cases (over 215 million) and deaths (384 thousand) are concentrated. In Africa, moreover, for some years there has been no substantial progress in combating the disease and, indeed, it is possible that the situation will become worse because the resistance of plasmodium-carrying mosquitoes to insecticides and of plasmodium to some drugs is on the increase.

Mosquirix has been used in some pilot immunisation programs in Ghana, Kenya and Malawi since 2019. 2.3 million doses have been given, mostly to children under the age of five, with positive, if not excellent results. In fact, it has proved to be only 55% effective.The leaders of the WHO have explained that this is anyway considerable and means being able to save tens of thousands of human lives every year. Rather, the challenge now is to find sufficient funds to produce it in large quantities, to extend its use to other countries and distribute it to the poorest countries, which are largely among those most affected by malaria. Glasxo-SmithKline has pledged to supply 15 million doses per year, at its manufacturing cost with an increase of no more than 5%, until 2028. But to distribute the vaccine even to those countries less at risk, it is estimated that it will take 50 to 110 million doses per year. GAVI, the international vaccine agency, will decide shortly if and how to possibly finance a large-scale vaccination program.

"It is an exciting moment for us - said Dr. Kwame Amponsa-Achiano, director of the pilot project in Ghana, during the press conference held by the WHO - with large-scale vaccinations the total number of cases will drop to a minimum". "This is how we fight malaria by putting imperfect means on top of each other," said Ashley Birkett cautiously, president of Path, a non-governmental organisation that helped fund vaccine development. Whereas, WHO director general, Tedros Adhanom Ghebreyesus, spoke of a "historic moment": "the long-awaited vaccine for children is an extraordinary step forward for science, for children's health and for the control of malaria."

Obtaining a fairly effective vaccine against malaria, after decades of attempts, is undoubtedly an achievement that will save many lives, but it is also evidence of a failure: not having succeeded in Africa and elsewhere where malaria still plagues the population and not having eliminated it completely as many countries like Italy have already done. The "imperfect means" mentioned by Ashley Birkett are therapies to treat the sick, which have effectively been made more accessible, and, by way of prevention, insecticide-treated mosquito nets and sprays for personal and domestic use: two billion donated mosquito nets and more or less as many cans of insecticides.

"The only possible prevention is of the 'mechanical' type: the mosquito net. Distributing mosquito nets everywhere, this is the real challenge of the next few years "proclaimed the Unicef Malaria Program at the end of 2009. That year the then director general of Unicef, Ann Veneman, had assured that by 31 December 2010, a deadline set by the UN Secretary General, Ban Ki-Moon at the time, universal coverage of "essential interventions for malaria control" would have been available, capable of eliminating the number of deaths by 2015: "we are ready - he had declared - for the first time in history, to make malaria a rare cause of mortality and disease. Malaria's days are numbered ”.

But, this never happened because what must be done to eradicate malaria, known then as we know now, did not take place: it is necessary to remove mosquitoes from their habitat, which are their vector, it’s as simple as that. It requires major works of reclamation and disinfestation in the malarial areas. Mosquito nets and sprays, which reduce the risk of contagion at night and in homes, should have the function of protecting the population as much as possible, while environmental remediation projects are underway, pending definitive results.

Where malaria is rampant, it is because African governments are guiltily of not having invested the necessary resources to undertake the disinfestation and remediation programs that have freed dozens of countries from malaria: not for lack of funds, but for inertia, indifference, scarce or no control over areas of national territory infested by armed groups and made inaccessible due to lack of infrastructure.

But the first immense damage was caused by the WHO which only in 2005 rehabilitated the insecticide DDT. It’s use had been decisive for the elimination of malaria in Western Europe and North America. But, it was removed from the market in the 1970s following a campaign by the American Agency for the Protection of the Environment which denounced its carcinogenic and polluting effects even to the point of predicting an imminent ecological catastrophe. Whereas, a timely denial on the basis of studies, carried out in the meantime, did not succeed in bringing about the revocation of the DDT ban.