Taiwan’s Ambassador to the Holy See, Matthew Lee, speaks forthrightly to the Daily Compass in his condemnation of Communist China’s military action against his country. "It is a one-sided attempt to create a crisis." Lee reiterates that the Republic of China (Taiwan) is not part of the People's Republic of China and that Beijing has never ruled Taipei. 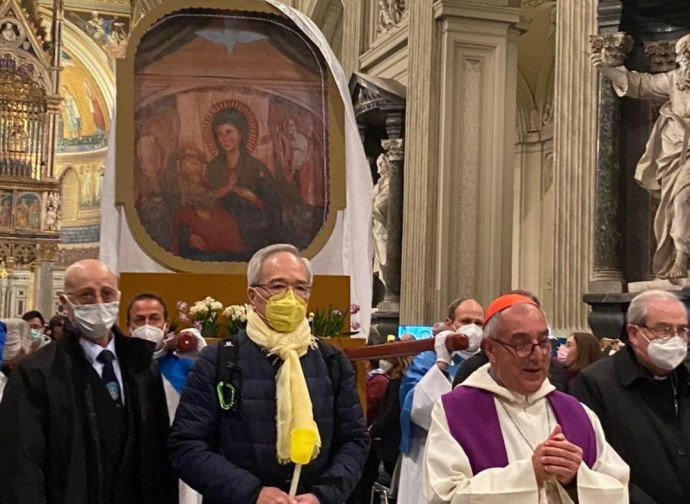 At a time of multiple global crises and the Ukraine war which appears unending, there is now an escalation of military tension between China and Taiwan, following the recent visit of the President of the United States House of Representatives, Nancy Pelosi.

The Asian giant has deployed fighter planes, warships and ballistic missiles close to Taiwan: for some its the first sign of a possible blockade and invasion of the island. "In response to the Communist military exercise, all levels of command of our troops have intensified their state of alert," confirmed Matthew Lee (centre of photo), ambassador of the Republic of China (Taiwan) to the Holy See.
In this exclusive interview with the Daily Compass, the head of the only official diplomatic mission Taipei has in Europe, described the visit by the US Congressional delegation as "successful in every respect", despite the ensuing military escalation with Beijing. "In her meeting with the Taiwanese president, Tsai Ing-wen, (Nancy Pelosi) reaffirmed America's strong bipartisan support for Taiwan and praised both our response to the pandemic and our democracy," he said.

Nancy Pelosi is not the first speaker of the House of Representatives to visit Taiwan: in 1997, 25 years ago, the ultra-conservative Newt Leroy Gingritch visited, however, the global context was  very different at that time. Can you explain Taiwan's position on Pelosi's visit?
This year alone, seven US senators and seven US representatives, including House Speaker Nancy Pelosi, have paid visits to Taiwan. A visit by a US house speaker is not unprecedented and visits by foreign government officials and legislators are routine occurrences in democratic countries. Yet, on August 4, China launched multiple ballistic missiles into the waters to the northeast and southwest of Taiwan, threatening Taiwan’s national security, escalating regional tensions, and affecting regular international traffic and trade. The Ministry of Foreign Affairs (MOFA) of the Republic of China (Taiwan) strongly condemns the Chinese government for following North Korea’s example  by  deliberately test-firing missiles into waters close to other countries and demands that China exercise self-restraint. As a democratic country, we have the right to make friends in the international arena and we will firmly defend our sovereignty and national security.

But, the presence of Nancy Pelosi in Taipei, in this historical moment, is seen by some as a provocation...
The PRC government’s manoeuvre to construe the visit as a violation of its sovereignty and as damaging to the peace and stability of the Taiwan Strait, as well as taking advantage of this as a pretext to launch live-fire military exercises, in an immature attempt to prevent the US from engaging in exchanges with Taiwan, is a far cry from the way a civilised society should behave. Such behaviour has led to the escalation of tensions in the region and concerns from across the international community. The PRC's unilateral attempt to manufacture a crisis is a serious provocation and this is clear for all to see. The Republic of China (Taiwan) is not part of the People's Republic of China, and the latter has never ruled Taiwan. This is a historical fact recognised by the international community and has long been the cross-strait status quo. The people of Taiwan have a right to make friends across the globe, and the PRC has no right to interfere.

What has been the reaction of the Tsai Ing-wen government to the missile launches?
President Tsai Ing-wen addressed the people of Taiwan on August 4, after China fired missiles into Taiwanese waters, emphasising that peace in the Taiwan Strait is the shared responsibility of everyone in the region. Premier Su Tseng-chang said that the websites of private and public institutions have been attacked one after another recently, and the spread of fake news or disinformations have intended to affect and disrupt the peace and stability of Taiwan. Nonetheless, Taiwan is doing its best to maintain a constructive dialogue. 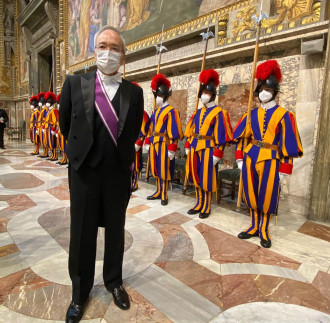 Taipei has raised its alerts and deployed air, naval patrols and has also activated its land-based missile systems. Is there a likelihood of a military response from Taiwan?
As a responsible stakeholder in the international community, Taiwan will not be provoked into taking rash action and will remain calm in the face of the PRC's irresponsible behaviour, whilst safeguarding our sovereignty and national security. We call on the international community to condemn these military provocations which threaten the status quo and regional security, and to work with Taiwan to jointly uphold the rules-based international order and a free and open Indo-Pacific region.

What do you think of the international reaction?
The PRC's provocative missile launches and military drills encroaching on international shipping routes and on Japanese waters are irresponsible actions and have led to concern and denouncements from the governments of many countries, including the US, Japan and Australia. MOFA echoes the statement of the G7 Foreign Ministers in calling for calm, restraint and transparency across the Taiwan Strait. MOFA is grateful to the G7 Foreign Ministers and the High Representative of the European Union for reaffirming their commitment to maintaining the rules-based international order, as well as peace and stability across the Taiwan Strait and beyond. The statement expressed concern for the escalatory response to the routine delegation led by US House Speaker Pelosi to Taiwan, stating that the visit should not be used as a pretext for aggressive military activity in the Taiwan Strait, nor for economic coercion.