Taiwan and China on a knife-edge. Xi Jinping moderates his tone

International talks are taking place between China and the EU and between China and the US. The bone of contention is Taiwan. The country, de facto independent, is not officially recognised by any state. But, due to Beijing‘s worsening international relations, Taiwan has more informal contacts with the EU and the US. As the crisis grows, Xi Jinping softens his tone. He also has to tend to China’s internal crisis. 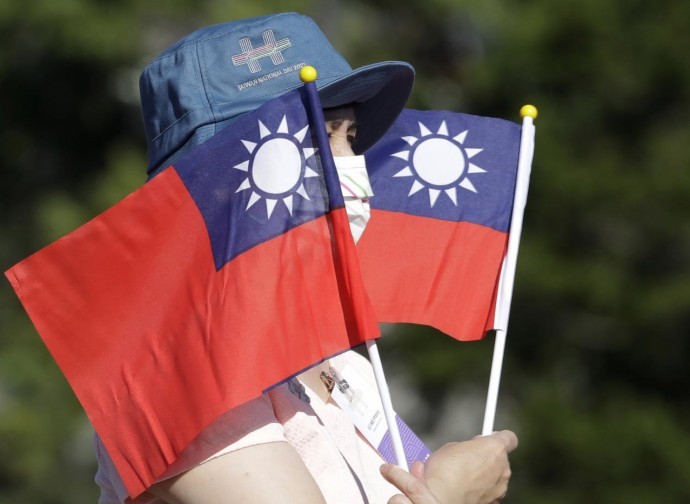 What could be considered the crisis of the century depends on whether the accent is put on the “and” in China and Taiwan or on the “is” in Taiwan is China. The resurgent tension, between the People's Republic of China and Taiwan during the last three months, has prompted international talks in an attempt to placate the tension, but also threatening military exercises.

"Taiwan is China" according to the Chinese Communist Party: having declared itself the winner of the 1945-49 civil war; it claims ownership of all Chinese territory; does not admit that a separate territory, occupied in retreat, exists after the Chinese nationalist divisions in 1949. Whereas, "Taiwan and China" is the goal of the Democratic Progressive Party, the political left in Taiwan, which no longer claims its the only legitimate Chinese government, typical of nationalists, but demands that the independence that already exists, be formalised. Taiwan and China might be separated by a narrow stretch of sea, but there is a real abyss between them. The former, one of the most promising Eastern democracies, at the forefront of new technologies, is a free country in which all rights are guaranteed. The latter, is ruled by the largest communist regime in the world, a regime that has proved incapable of renewing itself and keeping up with the times, but extremely repressive and endowed with the capacity to keep its citizens under tight control.

The recent resurgence of the crisis between the two nations, is due to the worsening relations between China and Western democracies, especially after the spread (from China) of Covid-19. The worst tension, however, is between China and Australia, after the Aukus treaty was agreed with the latter having decided to equip itself also with nuclear-powered submarines. It also includes the US,  despite the change of presidency, from Trump to Biden but even the European Union (EU) with whom relations are more strained than usual.

To start with, today,October 15, a virtual meeting is taking place between Charles Michel, president of the European Council and Chinese president Xi Jinping. The subject and bone of contention is Lithuania. The small Baltic republic has opened a new diplomatic delegation for Taiwan in the capital Vilnius. And the detail that Beijing considers serious is that it bears the name of "Taiwan", which for Beijing does not have to exist. A visit by a Taiwanese delegation to Lithuania and other Central European countries is planned for next month. And in December, a visit by a Lithuanian parliamentary group to the "rebel" island, led by Matas Maldeikis (head of the Taiwan-Lithuania friendship group) is on the agenda. But the ‘provocative’ relations between the EU and Taiwan are not limited to Lithuania alone. France is being carefully monitored after a French parliamentary delegation led by Senator Alain Richard visited the island on 10 October. And the EU, as a whole, has by no means concluded talks with the Taipei government on a bilateral investment agreement. Also on Tuesday 12 October, President Tsai Ing-wen remotely "met" with the highest European officials for this precise reason.

The tug-of-war with the US, on the other hand, is more intense, because not only are there military but also diplomatic and commercial issues at stake. According to the Wall Street Journal, particularly attentive to East Asian affairs, about twenty US military advisers, belonging to the special forces and the Marine Corps, are still present in Taiwan to train local ground troops. The American presence, small and unofficial, is motivated by concern for the China’s hostile attitude, but also by the state of the Taiwanese defence forces. The fact is, perhaps lulled by the illusion of peace with Beijing, for the first 15 years of the 2000s, previous Taipei governments neglected investment in defence. Although there has been some recovery in the past six years, the Taiwanese army risks no longer being a sufficient deterrent to discourage Chinese military action. The American presence, however, has provoked the wrath of Beijing, which entrusted its most bellicose statements to a Global Times columnist, therefore a newspaper in English and semi-official: the presence of US troops on the island is a "red line that must not be crossed ”and in the event of war, the Americans“ will be the first to be eliminated”. Nevertheless, a diplomatic channel remains open. The date has not yet been set, but a telephone meeting is still planned between President Biden and Xi Jinping by the end of autumn.

On 6 October, Taiwanese Defence Minister Chiu Kuo-cheng stated that China will be able to launch a "full-scale" attack on the island by 2025. He made the statement while the escalation of threatening warlike military exercises were being conducted. In addition to landing manoeuvres on the coast opposite Taiwan, as many as 150 Chinese aircraft, including H-6 bombers capable of carrying nuclear warheads, flew over the waters close toTaiwan and violated its airspace (not recognised as an official border, but as an exclusive air defence area).

Xi Jinping, in his speech on 9 October, mentioned his aspiration for "peaceful reunification", as if it was inevitable. Notably, he did not mention or threaten the use of military force. According to political scientist Walter Russel Mead (whose editorial on Covid in China, published in the Wall Street Journal in February 2020, had caused the expulsion of three journalists from China), this is a pause for reflection, dictated by the weakness of the Chinese economy. The crisis of the real estate giant Evergrande, the energy crisis that imposes rationing and causes blackouts throughout the country, the resumption of pandemic outbreaks in a nation that had declared it had eradicated Covid as early as April 2020, are all signs of evident weakness. All this requires caution. Xi Jinping knows that, in a situation like this, he cannot afford to have too many enemies. But, as the American political scientist himself warns, “This is a moment of pause, not a change of direction”.