Shock in Ireland: from defending life to abortion atrocities

An Irish survey has doctors talking about a “terrible” procedure much like “sticking a knife in a baby”, and afterwards “feeling so bad”. The injection of potassium chloride directly into the heart causes a baby great pain and performed without sedation ( forbidden when euthanasia is practiced on animals).  What’s more, when babies are born alive, doctors refuse to take care of them. Nonetheless, after voting ‘yes’ to abortion, the country was supposed to have embarked on an era of progress due to the elimination of its obscurantist Catholic heritage. 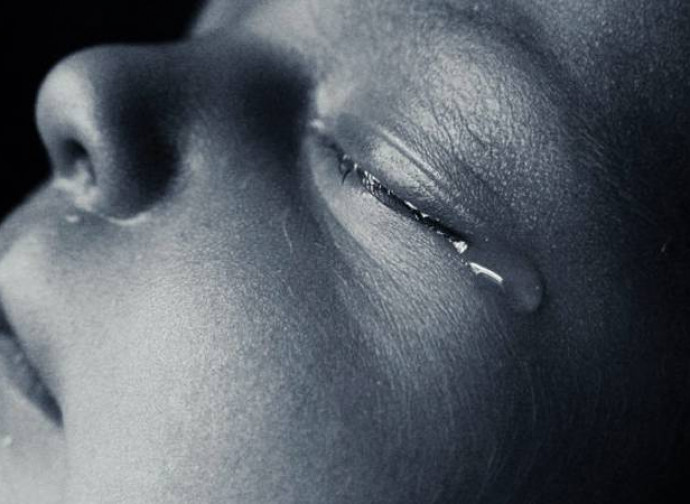 There is a procedure for the euthanasia of animals that is so painful and brutal that the American Veterinary Association advises the prior use of anesthesia. This same procedure is now used  to practice late stage abortions in Ireland, but with no prior sedation at all. Admitting this are the physicians themselves, who, in a study conducted by researchers at the University College Cork and published  in the well-known Journal of Obstetrichs and Gynaecology, speak about how they kill babies in a womb.

The words used by the ten doctors interviewed about the practice of this procedure are: “Brutal”; “Terrible”; “Emotionally difficult”. Because, as they say themselves, “sticking a knife in the heart of a baby” cannot help but leave deep traces in whoever believes that abortion is a right, and hence a duty. Moreover, these doctors speak about feeling compelled to cause the demise of their own profession, whose aim is to save and not kill persons. In fact, everything is justified with the need to “provide women with complete assistance”, thereby exposing the contradiction whereby to pander the wish of an adult, today elevated to the heights of an unquestionable idol, people are prepared to eliminate a human life.

Reporting this was Life News with the words of Eilís Mulroy of the Pro Life Campaign: "The results of this study are excruciating”. All this “goes well beyond confirming the worst fears voiced by pro-life activists prior to the 2018 referendum about what would have happened if abortion was legalized”.

In Ireland, in fact, the referendum on abortion in May 2018 led not only to the repeal of the eighth amendment of the National Constitution, and hence gave the green light for the murder of children up to their twelfth week in the womb, but even murder up to the ninth month in the case of foetal anomalies. This means a doctor has to inject a dose of potassium chloride directly into the heart of the baby, causing cardiac arrest, and then induce labour so the mother gives birth to a dead baby.

“I killed him”, admitted a doctor, “and I remember I felt so bad” then afterwards (after the abortion) I went out into the hallway because I thought it was such a terrible and frightful procedure”, but “you have to look at the positive side, otherwise you go mad”.  Quite unnerving is the degree to which the pro-abortion ideology, based on “assisting” a woman to remove her problem, can be of such strength as also to eliminate the very intense experience of the intrinsic evil doctors admit living when they practice this abominable procedure.  This is so true that some of them have to contradict themselves by saying that this “terrible” procedure is “in the best interest of the babies”, who would otherwise be born infirm: killing an infirm person is therefore better than treating him/her.

Lifesitenews also narrates what was reported by the Iona Institute about a couple who had decided to abort their own child when the doctors said he was affected by the Edward syndrome. What a pity that the parents were not shown the final screening until after the abortion. That’s when they found out that the baby was healthy.

An article by David Mullins and Niamh Uí Bhriain of The Life Institute recalls that the potassium chloride is injected into the hearts of animals only after prior sedation, and explains that this is not done for babies killed in the womb because “Simon Harris (the Irish Minister of Health) blocked the use of this morsel of humanity”, and also rejected the amendment that would have made the treatment of live born babies compulsory..

In the survey, and not by chance, the physicians admit that the tiny babies surviving this practice receive no further assistance and are left to die (in the interviews there is one doctor who said he feared a malpractice suit if a baby lives outside the womb longer than expected). And here comes the cruelest part of the publication: the doctors in question admit that unclear is “who will take care of those babies if a baby is born alive after TOP (interruption of the pregnancy) through labour induction. . .with the result that (the doctors) implore persons to help them provide palliative treatment (to the newborn babies)".
Pitiless indeed is “the refusal of neonatologists to provide palliative perinatal treatment to a baby after an unsuccessful TOP (abortion) without foeticide, with some FMS (foetus specialists) who describe the pressure exercised by neonatologists for them to practice foeticide (i.e. the murder of the baby born alive)” Nonetheless, in addition to admitting what is horrid in its own right, justifying that with respect for the pregnant woman, doctors ask for even broader legal norms regarding abortion.

Between 2018 and the end of 2019, 6,666 (note that figure) babies were legally aborted in Ireland, and in 126 cases after 12 weeks, using such an atrocious practice that it isn’t even used on animals. Babies in wombs are easier to eliminate than other living beings. While handicapped babies are considered less than animals in highly civilized Ireland, there are people who boast about the progress made in the country after having eliminated its obscurantist Catholic heritage.

“There is a phantom roaming around Ireland. A cruel phantom from the last century”, explained a spot broadcast in 2015 by Amnesty International against the eighth amendment, using the voice of the well known Catholic actor Liam Neeson:  “Blindly does it bring suffering, even death, to the women whose lives it touches. . .It is the shadow of the country we have left behind us”. Standing out in the background were the walls of a church in ruins under low lying and oppressive clouds.

Whatever remained of those walls was destroyed together with the amendment that protected innocent lives. And the interviews are the sequel of the new world people had in their dreams. What an unabashed success.