Scorsese, the remorse of having turned his back on Christ

In the latest film by the American director, The Irishman, there is a notable repetition of the same autobiographical thread also found in Silence and The Last Temptation of Christ: The remorse of having turned his back on Christ to follow lust. It is no coincidence that his adviser was the Jesuit James Martin, for whom one can live in sin and be saved anyway. 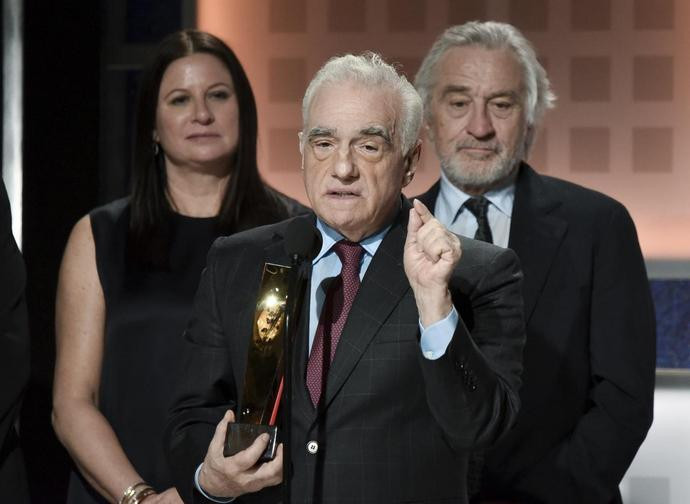 Martin Scorsese's latest (for now) film, The Irishman, has aroused mixed feelings in critics and audiences. For some it is a masterpiece; for someone else it is too long and boring, without structure; for others it is an enigma. Let's try to resolve the issue. It's the story of Irishman Frank Sheeran (Robert De Niro, in the film), a mafia assassin who killed Jimmy Hoffa (Al Pacino), leader of the main United States trucking union; at least according to the book on which the film is based (Charles Brandt, I Heard You Paint Houses, Steerforth Press 2004). The fact is, after seeing it, viewers are left with a feeling of incompleteness; especially in the second part, which should be the most telling. After a thousand adventures and murders, Sheeran appears old and poor. All the men in his gang are dead and he, too, as Woody Allen would have said, is not feeling too well.

In one of the final scenes at the end of the film, we see him next to a priest, in the retirement home where he now lives. The priest invites him to pray and would like him to confess. He asks him, "Don't you feel anything for what you've done?" Sheeran replies calmly: "No." The priest, again and a little surprised: "Don't you feel anything at all? Don't you feel remorse "; Sheeran, replies No" several times. Shortly afterwards we see the priest wearing a stole reciting the absolution. Does that mean the mafia assassin repented? Or was absolution given despite repentance? We are not given to know. The priest leaves and Sheeran, in the final scene, asks him to leave the door ajar. He doesn't like the door to be closed. The priest complies.The End. How is not possible to grasp a sense of incompleteness and ambiguity, with an ending like this? The question is, did he repent or not? Was he saved? And did the priest forgive him even if he did not repent? Has the Church granted an exemption from its (which are not its) laws?

This strange feeling increases when we discover that, in a previous scene, the priest who administers baptism to a child is the Jesuit James Martin, the man who is trying to transform (apparently successfully) the Catholic Church into the largest gay-friendly organisation on the planet. It is not just a cameo: Father Martin was Scorsese's consultant for the religious scenes. What does all this mean? The Irishman has been paired with two other Scorsese films: Goodfellas (1990) and Casino (1995). This is obviously because all three films are about the American mafia. Personally, however, I find it very difficult to separate this film from two other works by Scorsese: The Last Temptation of Christ (1988) and Silence (2016).

The Last Temptation of Christ, a film that Scorsese was strongly motivated to produce, narrates how Christ (Willem Dafoe) refused to be sacrificed, got down from the cross and married first Magdalene and then Martha of Bethany, and had children. The Last Temptation is, in fact, about the refusal of the cross for a life of sensuality. But all this proves to be a dream, a vision: Christ was tempted, but he resisted and died, and made his salvific sacrifice.

In Silence we also have a story about fragility and weakness in the face of temptation. We are in Japan in the 17th century: the small Christian community is persecuted. Two Jesuit missionaries arrive, Rodrigues (Andrew Garfield) and Garupe (Adam Driver) to seek their old confessor (Liam Neeson) and martyrdom. They will find the first, apostate, but not the second: Garupe dies at sea, while Rodrigues performs the gesture of apostasy that saves his life and condemns his soul. He too, like Christ, refuses the cross and marries. And here too, we have the same ambiguity: after his natural death, the Jesuit is cremated; he is holding a small crucifix in his hands. So… is he damned or saved? Who knows! It’s not surprising to discover that, even in Silence, the Jesuit Martin was Scorsese‘s consultant. Well, let's get to the point: what do these three films have in common, set in very different periods and places?

Everything becomes clearer if we take a look at the life of the director, born in New York in 1942 and raised in the Little Italy neighbourhood, among criminal gangs and religious processions. An environment in which who mattered was either a thug or a priest. Little Martin, due to his frail physique and asthma, could never have become a criminal; he therefore decided to enter the seminary to become a priest. Yet after only a year, he was expelled because of his sexual incontinence. This expulsion, if on the one hand started off his film career, on the other left him an indelible sense of guilt, that he is still paying the consequences today. And which he tries to resolve through some of his films. That's right, a sense of guilt. Which, according to modernity, does not exist and is only an invention of priests. Here is the key: the sense of guilt. The remorse for having turned his back on Christ, on the cross, on martyrdom. To follow lust.

Isn’t this the theme of The Last Temptation of Christ? Isn’t it about the refusal to accept one's vocation, the cross, for lust represented by the figure of Magdalene? Isn’t this what Silence is referring to, Jesuits who refuse martyrdom and celebrate their apostasy? Isn’t The Irishman, a film in which the mafia hitman refuses to repent after a life of lies and murder?

Take note, that in The Last Temptation Jesus was joking, then he really died. In Silence, perhaps, Father Rodrigues was saved, despite the apostasy. And in The Irishman, perhaps, Sheeran was absolved without repenting. Isn't that what Father James Martin's church teaches? That one can live deliberately in sin and - perhaps - also save himself anyway?