One of Francis' main aims was and remains the secularisation of the papacy. This is demonstrated by two recent facts: his words about resigning for various reasons, already signed and stored who knows where, a trivialisation that gives the papacy the image of a temporary job. And the handling of the Rupnik scandal, which erases the demand for justice through interventions from above. 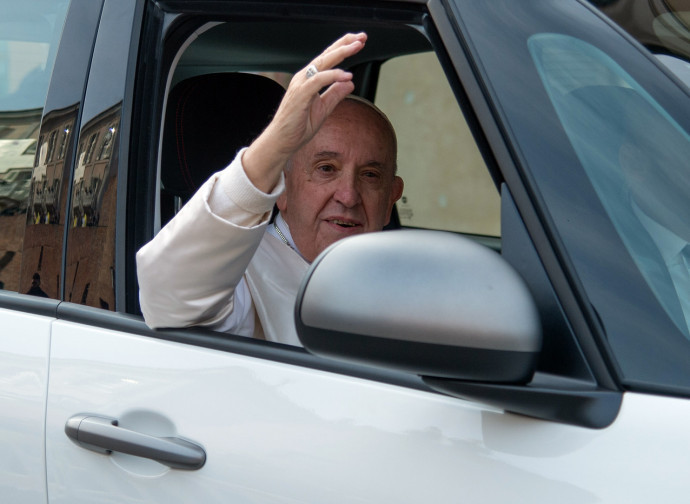 One of Francis' main aims was and remains to secularise the papacy. This means to reduce the pontificate to the humanity of whoever incarnates it at a given moment. An inevitable reduction after the 'anthropological turn'. His recent communication about his own resignation is also part of this project. To the Spanish daily ABC Francis said: "I have already signed my resignation. It was when Tarcisio Bertone was Secretary of State. I signed the resignation and told him: 'In case of a health impediment or whatever, here is my resignation. You have it'. I don't know who Cardinal Bertone gave it to, but I gave it to him when he was Secretary of State."

The secularisation of the papacy here occurs first and foremost through the context of the communication and its expository form. The use of the word 'resignation' is striking because it is usually used for a chairman of a board of directors, a minister of a government in trouble, a manager of a football team, an employee who has found another job. The same word sounds dreadful when it regards the pope. As a father or mother, husband or wife, one does not resign. As a poet, musician, or educator one does not resign. As a man, one does not resign. For Sister Cristina, who left the veil to take to the stage, no one in the newspapers used the word resignation. The press speaks of resignation, on the other hand, when a prominent figure changes career and devotes themselves to political life. If the pope talks about his own resignation, people end up putting him on the same level as a Prime minister after a no-confidence vote in parliament. Saying that he has signed his own resignation therefore has a strong secularising meaning.

Then there is the calculated carelessness of the announcement, a few words thrown in as something of little importance. What is hastily sown in the cracks of a quick interview does not assume great importance in the eyes of the reader. It becomes a secondary detail. In his statement Francis placed his resignation as a matter of course, a step that is now considered routine. Resigning can become a habit, a matter of course, and one will be rather surprised if, like St John Paul II or Leo XIII, popes remain in place to the end. The deliberate trivialisation of information is also clear from the mention of Cardinal Bertone: “I don't know who Cardinal Bertone gave it to...”. Like when one says at home: "Yes, it must be lying around  somewhere.., have you tried under the bed...?". It means that the thing is of little importance. And then the reasons: “in case of a health impediment or whatever...”. Such a statement resembles many advance declarations of treatment for end of life care, with all their well-known ambiguities, compounded by a vacuous “... or whatever ...”.

The pope's renunciation, as is well known, is provided for in canon law. This is therefore not the problem. The path had in fact been opened by Benedict XVI in the forms we know, in ways that have yet to be explored, and for reasons that remain mysterious. What is certain is that with this declaration, Francis, passing through that door, has reduced the pope's 'resignation' to a minor issue. Such a banal and trivialising expression presents the papacy as the occupation of a temporary job, as an employment with a fixed-term contract, a functional service that for some form of operational disability of the employee requires his resignation.

This new utterance by Francis is striking but not surprising. For some time now, one has been able to discern from his words, from his attitudes, the reduction of the pontificate to human everyday life. We are not only referring to going on foot to buy glasses, or carrying his bag onto the plane, but also to the open and immediate manifestations of character, such as getting annoyed in public, rebuking, threatening, disowning, saying and then retracting, dismissing someone out of the blue, contradicting oneself, blaming one's enemies, demeaning one's opponents, promoting one's neighbours, rapidly places congregations under temporary receivership, holding headlines, making political judgements, giving imprudent interviews, not responding to requests for clarification, never defining or specifying anything. All this also helps to strip the papacy of its regal robes.

As we can see, Francis' attitude in the Rupnik affair manifests the same tendency. There have been contradictions, delays, disrespect for the rules, improper toleration, pressure and conditioning. An internal Vatican system of protecting 'friends' has emerged, which we have already seen at work in past years, especially but not only in the McCarrick affair. It seems that interventions from above can effectively cancel out many demands for justice and law. And this, too, is a form of secularisation of the papacy.