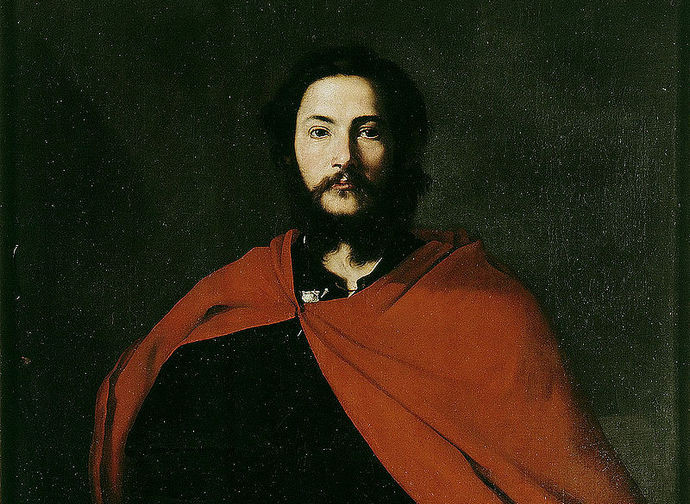 Saint James, called the Greater to distinguish him from the apostle of the same name (James, son of Alphaeus), was the first of the Twelve to bear witness to Christ through martyrdom. Son of Zebedee and Salome, one of the pious women who followed Our Lord on Calvary, he was the brother of St. John the Evangelist. And with him he received from Jesus the Aramaic nickname of Boanèrges, “which means The Sons of Thunder” (Mk 3:17). After a Samaritan village had refused to welcome Jesus, the two sons of Zebedee proposed a drastic solution (“Lord, wilt Thou that we command fire to come down from heaven and consume them?” (Lk 9: 54), receiving the reproach of the Master. But the fiery character of James, who despite human limitations was full of love, pleased the Lord. Together with his brother and Peter, James was part of the most intimate circle of Jesus, who wanted him to witness some of the greatest wonders and mysteries of his life on earth, both glorious and sorrowful (the resurrection of Jairus' daughter, the transfiguration on Tabor, prayer and agony in Gethsemane).

Very significant is the episode in which the two brothers ask Jesus to allow them to sit one on His right and one on His left once they have entered the kingdom of heaven. It is then that the Son of God - an instant before explaining to all the apostles that glory in heaven passes through service on earth, even to the sacrifice of life - says to James and John: “You do not know what you are asking. Can you drink the cup that I am about to drink?”. “We can”, was the brothers’ reply. The two would drink their chalice according to different charisms, ways and times, but both would be filled with the Holy Spirit and with the firm intention of doing only the divine will.

Some time after Pentecost, James travelled to Spain to preach the Gospel, presumably embarking on one of the ships that crossed the Mediterranean as part of the intense trade between Palestine and the Iberian Peninsula (exchanges of iron, gold, copper, spices, ornamental objects, etc.). The oldest source we have of his preaching on Spanish soil dates back to the 6-7th century (it is the Latin version of the Breviary of the Apostles) and is confirmed by the revelations of two great mystics venerated by the Church, namely Blessed Anne Catherine Emmerich (1774-1824) and earlier the Venerable Mary of Agreda (1602-1665). These revelations illustrate the direct connection between Saint James and the Virgin of Pilar. In this regard, the story of Mary of Agreda is particularly extensive and rich in detail.

According to the Spanish mystic, on the night between 2 and 3 January 40, after more than four years of James' presence in Spain, Our Lady, who was still living her earthly life, appeared to the apostle, who was in Zaragoza, and said to him: “The most high King has chosen this place so that you might erect a temple for Him, where under the title of my name His would be magnified and where His treasures would be communicated with abundance. [...] You shall without delay begin the work, and after you have rendered that service to Him you shall leave for Jerusalem, for the Saviour wants you to sacrifice your life unto Him there where He delivered His for the ransom of men”. The nun reports that James, after getting the work started on the building of the church dedicated to the Virgin, returned to Jerusalem; and there he suffered martyrdom on 25 March 41.

The traditional date of James' death is in fact between that year and 44, during which time King Herod Agrippa (†44), ruled over Judea. “He began to persecute some members of the Church and had James, brother of John, killed by the sword”. (Acts 12:1-2). With his passionate proclamation of the risen Christ, James was clearly among the most prominent members of the early Church and had attracted the strong hostility of the Jews who wanted no part of conversion. The Jew who had taken him to court deserves a special mention. According to the Hypotyposis of Clement Alexandrine (quoted by Eusebius of Caesarea in Church History), “he was so moved to see him bear witness that he confessed that he too was a Christian” and was beheaded together with Saint James.

According to tradition, it was the latter’s disciples who transported his relics by sea to Spain. Today they are kept in the Cathedral of Santiago de Compostela: their authenticity was declared by the bull Deus omnipotens (1 November 1884) of Leo XIII. The tomb of St. James, rediscovered in the IX century, became a destination for pilgrimages from all parts of Europe towards the year 1000, under the spur of the Cluniac monks. The now famous “Way of St. James” became one of the three main pilgrimages of Christianity, together with the one to the Holy Sepulchre in Jerusalem and the tomb of Peter in Rome.

After a period in the shadows, The Way regained popularity in the 20th century also thanks to John Paul II. The Polish saint, on 9 November 1982, gave a famous speech in Santiago de Compostela urging Europe to rediscover its Christian identity: “The whole of Europe found itself around the memory of James in those same centuries in which it was built as a homogeneous and spiritually united continent. This is why Goethe said that the consciousness of Europe was born on pilgrimage. The pilgrimage to Santiago was one of the strong elements that fostered the mutual understanding of such diverse European peoples as the Latins, the Germans, the Celts, the Anglo-Saxons and the Slavs. The pilgrimage brought together and united those peoples who, from century to century, reached by the preaching of Christ's witnesses, embraced the Gospel and at the same time, one might say, emerged as peoples and nations. [...] After twenty centuries of history [...] it must still be affirmed that European identity is incomprehensible without Christianity, and that it is precisely in it that we find those common roots from which the civilization of the old continent, its culture, its dynamism, its industriousness, its capacity for constructive expansion also in the other continents, in a word, all that constitutes its glory”.