A shining example of what it means to give one's life for Christ, in union with His sacrifice on the cross, is offered by Saint James Berthieu (26 November 1838 - 8 June 1896). This French priest was a Jesuit missionary killed in Madagascar during the Malagasy rebellion of 1896, when he preferred martyrdom to giving in to repeated requests to deny the faith. 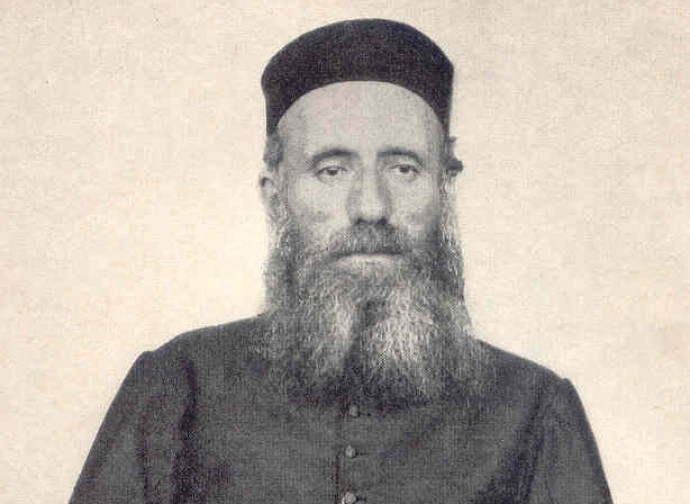 A shining example of what it means to give one's life for Christ, in union with His sacrifice on the cross, is offered by Saint James Berthieu (26 November 1838 - 8 June 1896). This French priest was a Jesuit missionary killed in Madagascar during the Malagasy rebellion of 1896, when he preferred martyrdom to giving in to repeated requests to deny the faith.

The second of seven children, James was born into a intensely Christian peasant family. He was ordained a priest at the age of 25 and after nine years of ministry he realized that the time had come to enter a religious order with a missionary vocation. In 1873 he began his novitiate in the Society of Jesus. Two years later he sailed to the Malagasy island of Santa Maria, then a colony under French jurisdiction (and today territory of Madagascar). His mission in those faraway lands began amidst a great number of difficulties and hardships, including the need to learn the indigenous language and adapt to the climate. He wrote to a brother a few months after his arrival in Santa Maria: “My futility and my spiritual misery serve to humiliate me, but not to discourage me. I wait for the hour when I can do something, with the grace of God”.

After six years in Santa Maria, James was forced to move to the largest island of Madagascar, because of the expulsion of the Jesuits from French territories. There followed several other forced movements from one mission to another, but always within Madagascar, which in 1883 became the scene of the first Franco-Malagasy war. The saint thus went to the south of the country, then to Tamatave, “where I went about planting legumes for my confreres”, then to the north, where for two years he served as chaplain “but without receiving a salary, rather paying for my food”. After the signing of the peace, he moved to the centre, in Ambositra, where he remained for almost six years “in the midst of numerous difficulties and persecutions”. Even from there, by then it was 1891, Father Berthieu was transferred by his superiors, who employed him on a mission a day's walk from Tananarive, the capital. But he continued to work for the greater glory of God. “Evening and morning I teach the catechism, and I dedicate the rest of the time to receiving people, or to visiting all those in the vicariate, friends and enemies, to earn them all for our Lord”.

The taking of the Malagasy Royal Palace by the French in 1894 triggered the second local insurrection, led by the Menalamba (so called because of their red shawl-like garments). Father Berthieu performed real acts of heroism in order to stay close to his flock, like the time when he put his own safety at risk in order to comfort Christians who were in danger and were distressed by the various acts of violence that were taking place around them. Eventually, on 8 June 1896, the Menalamba fighters entered the village of Ambohibemasoandro, where the Jesuit was at the time. “If anyone will die, it will be me,” the missionary said when he realized that the insurgents were specifically seeking him. The priest was in fact considered by the natives - like the other missionaries - to be one of the main culprits of the disaster that had struck Madagascar because he preached Christ and had driven many away from the cult of idols.

The Menalamba stripped Father Berthieu of his cassock and one of them ripped off his crucifix, shouting: “Is this your amulet? Is this how you mislead the people? Will you continue to pray for a long time?”. The good priest replied, “I must pray until death”. In those last hours of his earthly life the Jesuit was tormented in his body in every way: kicked, castrated, hit with a machete and stoned. They also soaked his handkerchief in mud and then tied it around his forehead and greeted him as “king of the Vazaha,” i.e., of the Europeans. All this occurred over a march of several kilometres, between beatings and mockeries, interspersed with his prayers, words full of charity towards his torturers, and so much human terror, but already reaching for eternity.

The final leg of his trudge was the village of Ambiatibe, where one of the Menalamba leaders made him a final proposal: “Abandon your hateful religion, no longer deceive the people, and we will make you our advisor and our leader”. But he replied, “I cannot consent to this. I'd rather die”. Father Berthieu then bowed his head, collecting himself again in prayer, while the firing squad lined up to shoot him. The first two men to shoot missed him. Only the fifth rifle shot hit him, though it did not kill him. He was only killed by the sixth shot, which was fired from a shorter distance. In his catecheses in Madagascar, recalling a teaching of Jesus, he had often said: “Do not be afraid of those who kill the body, but cannot kill the soul”.