He is often depicted contemplating the Blessed Sacrament. Eucharistic adoration was in fact at the heart of his days and nights 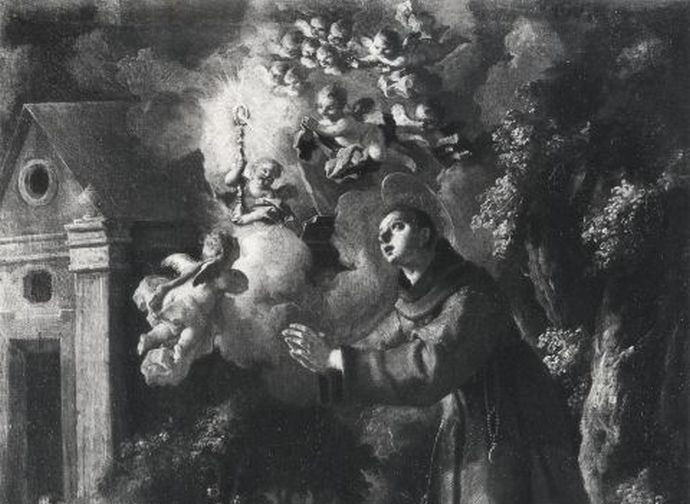 Saint Francis Caracciolo (1563-1608) is often depicted contemplating the Blessed Sacrament. Eucharistic adoration was in fact at the heart of his days and nights, inflaming his soul and sustaining his charity.

His parents, who were noble and rich, baptized him with the name of Ascanio. Born in Abruzzo, he had a tender love for Jesus and Our Lady, whom he honoured by praying the Rosary and fasting on Saturdays. At the age of 22 he was struck by a serious illness, presumably elephantiasis, which disfigured his body. He made a vow to consecrate himself to the religious life if he recovered and, when he did, he moved to Naples to study theology. He read with passion the writings of St. Thomas Aquinas and was ordained a priest at the age of 24. He dedicated himself to the spiritual assistance of prisoners and those condemned to death, through a confraternity called Bianchi della Giustizia (The White Robes of Justice).

At that time he received by mistake – as he had the same name as another member of the confraternity – a letter written by two other religious, Giovanni Agostino Adorno and Fabrizio Caracciolo. In the letter, the two urged the recipient to join them in founding a new order. The mistake was taken as a sign of Providence. And the three retired for forty days to the hermitage of the Camaldolesi of Naples to write the rule, which was approved on July 1, 1588 with the bull Sacrae Religionis of Sixtus V. Thus were born, in the midst of the Catholic Reformation, the Clerics Regular Minor, whose members are now commonly called Caracciolini, in honour of the saint remembered today. He professed the three religious vows taking the name of Francis, for the great devotion he nurtured towards the “Poor Man of Assisi”. Clement VIII then granted him and his companions to be able to solemnly profess a fourth vow, that is, to not aspire to ecclesiastical dignity.

After the death of Adorno (1551-1591), who had led the confreres until then, Francis was elected Provost General. The office did not lead him to change the way he lived. He continued to beg for alms for the poor, assist the sick, clean the church and sleep in the most humble cells. In assisting the sick, he was able to heal several of them by making the sign of the cross on their foreheads. When he was thanked, he would reply, “Brother, give thanks to God and not to me, for I am the worst and wickedest of sinners”. He would frequently practise mortification of the flesh, wearing a hair shirt and chains until he bled. But he offered it all up for his sanctification and the salvation of his neighbour, from the condemned to prostitutes. This is why he became known as “the hunter of souls”. He spent a good part of his ministry listening to confessions. And when he celebrated Mass, he was so moved by Jesus' sacrifice that it brought him to tears, and sometimes he had to pause as he was so overwhelmed with emotion.

He promoted the Forty hours’ devotion and established that his confreres should organize a rota for the continuous adoration of the Blessed Sacrament. This devotion became the hallmark of his order, which he also extended to Spain. He had gifts of prophecy and discerning of hearts, predicting religious life to some and apostasy to others. He exhorted us to avoid betraying Christ by looking at Mass as the culmination of our lives: “Precious blood of my Jesus, you are mine, and for you and with you alone I hope to be saved. O priests, strive to celebrate Mass every day and to become intoxicated with this Blood!”.

Whoever hates his life in this world will keep it for eternal life (John 12: 25)