Apparently, the theologian-artist has retired to a monastery and a confrere will now preach the exercises at Loreto in his place. But, a changing of the guard does not eliminate the doubts and perplexities about the silences and cover-ups, which stretch from the Aletti Centre to the Vicariate of Rome. 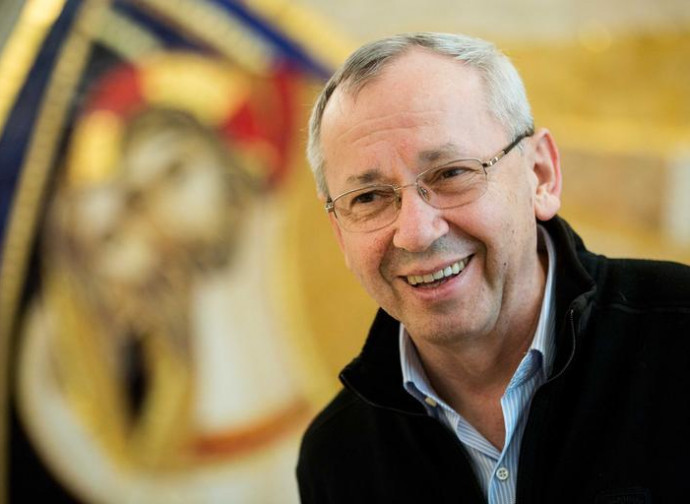 At Loreto they have finally decided to replace the preacher of the round of spiritual exercises scheduled for next February (see here); our sources tell us that Father Rupnik has retired to a monastery and in his place Father Ivan Bresciani, a Jesuit and vice-director of the Aletti Centre, has been chosen.

But a small problem remains despite this changing of the guard. Fr Bresciani, in fact, is not just one of the four members of the Jesuit community at the Aletti Centre, also known as the 'Holy Trinity Residence' (the other two members, besides Fr Marko Rupnik, are Fr Andrej Brozovic and Fr Milan Žust). Born in Gorizia, he did his novitiate in the Society of Jesus in Maribor, Slovenia. After his studies, he carried out his pastoral ministry in a parish in Ljubljana, becoming Superior of the Slovenian province from 2014 to 2020.

This is where the questions begin. Bresciani was superior of Rupnik's home province, in the years when precise accusations against him were beginning to emerge; in fact, according to the chronological reconstruction by the Jesuits themselves, in October 2018 the Society had launched a preliminary investigation into the case of the acquittal of the accomplice, a fact that dated back to 2015. In 2019, the Society of Jesus itself, considering the allegations credible, sent the dossier to the CDF and imposed restrictions on Fr Rupnik. In January 2020, as is now well known, the CDF recognised the veracity of the allegations, and after a few months, issued the famous 'lightning' decree of excommunication. The odds are, of course, that Fr Bresciani knew nothing about what was going on.

The figure of Fr Milan Žust is in some ways even more relevant. A member of the Jesuit community at the Aletti Centre since 2000, he became its superior four years later, a role he continues to hold. Most importantly, in the years 2018-2021, he was appointed Associate of the Delegate of the Superior General of the Society of Jesus for the interprovincial houses and works in Rome. This means that he has worked closely with Fr Johan Verschueren since 2020, the year in which the Belgian Jesuit took office and the year in which the temperature of the Rupnik case began to rise dangerously, to be handled in the way we know, with sanctions taken by the superiors of the Society of Jesus that are objectively ridiculous, and which have allowed Fr Rupnik to still appear in public for conferences, meetings, to preach exercises, produce artistic works, even preach before the Pope.

Therefore, Fr Milan Žust, too, could not have been unaware. All the more so since the recent letter, made public, from the ex-secretary of the Superior General, revealed that Fr Žust himself was on the list of those who had received all the information about Rupnik's abuses by certified e-mail. So, to sum up, when will the Aletti Centre be definitively cleaned up?

Moreover, even the figure of Cardinal Angelo De Donatis appears increasingly compromised with Fr Rupnik. On 29 December last, a group of priests from the diocese of Rome decided to get several things off their chest about the strange and continuous favours that the Cardinal Vicar of Rome reserved for the Slovenian Jesuit. In a letter published on the blog Silere non possum, these priests have decided to lift the veil on more than one of De Donatis' "benevolences" towards Rupnik, probably exasperated by his defence on 23 December.

A "young priest, who has suffered under Rupnik since his seminary days" asked De Donatis how it was possible for him to refute all responsibility for the Rupnik case, while calling him "to hold workshops for the formation of the clergy every year, spiritual exercises, formation meetings with seminarians" and while he assiduously and convincingly attended the Aletti Centre. A member of the apostolic family Pro Sanctitate alluded to the fact that De Donatis had allegedly recognised the Aletti Centre as a public association of the diocesan faithful "without having involved or sought the opinion of the diocesan bodies in charge of this".

Some more circumstantial facts emerge from the letter. Like that of the icon 'This mystery is great', made for the World Meeting of Families in 2022. 'Don Fabietto' asks “why was the commission for the icon that was entrusted to another artist by the then Secretary General of the Vicariate suddenly taken away when the work was almost finished, to entrust it to Rupnik instead? At what price? Why did the new Secretary General, Msgr Pierangelo Pedretti, want this change at all costs?". A sudden change that recalls that of the Redemptoris Mater Chapel (see here). It is worth remembering that the announcement of the official image was made in July 2021 (see here), when Fr Rupnik had already been sentenced for the acquittal of the accomplice and there were already specific allegations about the abuse of other nuns.

Another priest raises some questions about the church of St John of Nepomuk: "Why did Fr Angelo insist on entrusting it to Rupnik and his architects? And where did he expect to find the money to realise that prototype of the Rupnik-thought? From the IEC  [Italian Episcopal Conference]? And would the IEC really have approved it? How many millions of Euros was it?". No less opaque seems to be the story of the rebuilding of the Roman Seminary chapel (we had mentioned it here): “can anyone know the exact cost of the Manga-sanctuary that has become the major chapel of our seminary? Have the much-vaunted (when others have to comply with them) rules on procurement and transparency been respected? Where did the money needed to pay for it come from? Did he take it from his usual safe, the Benedictine Institute of Priscilla, of which he is still commissioner? Why not finally shed light on this affair too, instead of giving free rein to suppositions, inferences, and suspicions?".

Of course, these are simply questions. But questions that should be answered satisfactorily as soon as possible, along with those relating to the many oddities and cover-ups in the management of the abuses committed by Fr Rupnik, which, according to one of our sources, already involve twenty women.