Research on aborted foetuses is not a remote evil

The epidemic has revealed hidden realities, even though there have been those who have been denouncing the relationship between abortoirs and medical experimentation for years. It is enough to recall the CMP enquiry, in which the employee of an intermediary company between Planned Parenthood and the research laboratories described little bodies, in some cases still viable, dismembered with forceps and sold. “The foetus’s heart was beating. We tore out its brain. I realised I could no longer work for the company... even if it could be instrumental in curing some diseases”. Even Fauci is now funding studies in which the scalps of tiny murdered foetuses are placed on the backs of rats. Can we accept all this in the name of health? 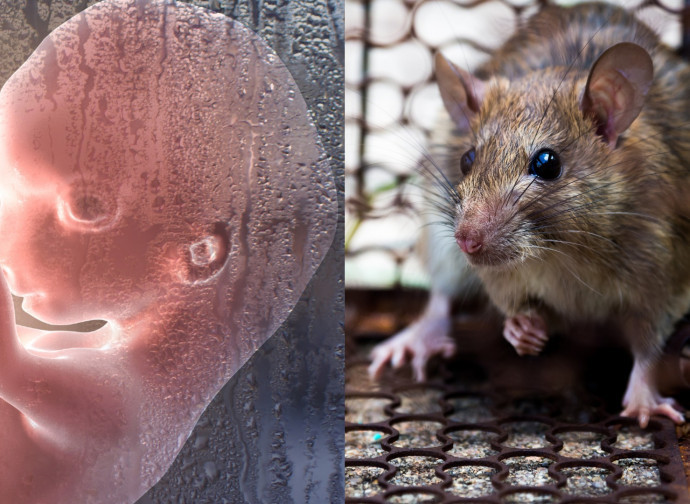 It’s been said and repeated that since not only the vaccines against Covid but also several drugs on the market were obtained from research on aborted foetuses delivered to research laboratories, those who oppose vaccination should, to be consistent, refuse to be treated with those drugs too. This is indeed the case: these drugs cannot be the excuse for using vaccines without raising the slightest question of conscience in either case. On the contrary, it must be said that the current epidemic has revealed many hidden realities, although in America there have been those shouting about the scandal for years and who, for proving the relationship between abortoirs and medical experimentation, are suffering devastating judicial consequences. In fact, those guilty of buying and selling foetal organs, which is banned in the USA, protect themselves by talking about money received as ‘donations’ and ‘reimbursements’.

Beyond the legal case, it is really worth understanding the current slaughter in order to understand that one cannot fight abortion and then quietly use its fruits, as the Dominican doctor and theologian Leon Pereira pointed out in the New Daily Compass: in the summer of 2015, the Center for Medical Progress (CMP), led by David Daleiden, circulated the first video of an “undercover” series, in which the director of medical services at abortoir giant Planned Parenthood, Deborah Nucatola, admitted, while drinking red wine in front of the pretend buyer, this: “A lot of people want intact hearts,” so “under ultrasound guidance, [doctors] will know where they’re putting their forceps (an instrument used to dismember babies in the womb while still alive, ed.), they try to intentionally go above and below the chest, you know, so we’re very good at getting the heart, lungs, liver”. Nucatola clarified that the costs for each ‘sample’ were “between 30 and 100 dollars”.

In a second video, which appeared the week after the first, Mary Gatter, head of Planned Parenthood’s board of health directors, again sitting at a restaurant table, spoke of “$75 per sample”, making it clear that “we don’t want to be in a position where we’re accused of selling the tissue”, however the amount “offered” “has to be high enough to be worth it”. In this case, as in the previous one, they were talking about abortion techniques (partial birth) that were banned by law at the time. The cynicism of this business then emerged, with Gatter laughing and telling her colleague that if the deal went through, “I want a Lamborghini”.

During the investigation, Holly O’Donnell, an employee of StemExpress (which sells research material to laboratories), was also filmed explaining that the company’s job is to “dissect aborted foetuses and sell the organs to researchers”. In return, Planned Parenthood “receives some of the money”, reportedly “$200 and $300” per foetus. Then she said: “Basically it’s trafficking in foetal tissue”. O’Donnell also recounted her first day of work: “This is a head. This is an arm. This is a leg,” they told her as they showed her a small body that had been killed, and when she fainted from the shock, she was asked to calm down, although “a lot of people just can’t get over it,” her colleagues clarified. The cameras then entered the lab and showed in a video that was later removed by court order, pieces of the aborted babies, while a doctor pointed to a small kidney and commented on its quality: “Five stars!”

O’Donnell later described to the CMP her memory of a baby girl who “had a face, it wasn’t all ripped up, her nose was very pronounced, she had eyelids, her mouth was pronounced”. As the foetus was so intact, a colleague said, “This looks like a really good foetus”. O’Donnell went on to describe the doctor who began “cutting off the underside of the foetus’s chin with a pair of scissors”. Although she did not want to participate, she eventually helped him cut off her head before the brain was extracted. She was then asked to throw the foetus away but, because of its size, it would not fit in the waste bin: “I remember holding that baby in my hands when no one else was looking, crying and putting it back in the container”.

The entire American investigation was based on the accusation of buying and selling foetuses that, according to the defence, were donated. But beyond the legal details, what is still happening today in the research centres is clear. These are the ones that produce medicines and vaccines. Continuing to assert that it is permissible to use them to prevent a disease or in the event of a risk to life (which in Covid’s case is real only for a certain category of people and not for the entire population) leads both to a lack of clarity and truth about which drugs (and in some cases vaccines) are manufactured in this way and to continue to tolerate an evil that is all but remote.

O’Donnell later confessed to the CMP that a colleague of hers had placed the instrument used to rip out foetal organs over the heart of a small body. “Its heart is beating”,  O’Donnell had told her. And her colleague replied: “We can get a lot out of this foetus” and then ordered her to rip its brain out: “I can’t even describe what that feels like, but that was the moment I realised I couldn’t work for that company any more... even if it meant curing some diseases”.

Of course, since the investigation, the abortion-research business has not stopped. A new CMP video described research into the remains of babies killed in the womb at Planned Parenthood. Research funded with millions of dollars by Anthony Fauci’s NIAID office (part of the National Institutes of Health) at the University of Pittsburgh. As a result, scientists at the university have grafted the scalps of these babies aborted at 5 months of age on the backs of lab rats: the images show hair growing on the backs of the rats, rather than on those of recently killed babies.

One can give in to the vaccine because one is forced to, one can make distinctions for the categories that are really at risk of death, but one cannot preach light-heartedly about the legality in every case of the use of drugs and vaccines obtained in this way, while remaining silent about the seriousness of mass administration (involving even the youngest children who are at no risk) and about the availability of treatments that are ignored. How else can this not “in any way imply moral approval of the use of cell lines from aborted foetuses”, as the recent note from the Congregation for the Doctrine of the Faith calls for? And how can we then fight to demand “the production, approval, distribution and offer of ethically acceptable vaccines that do not create problems of conscience” if we silence such consciences by claiming that it is a remote evil?