If there is an argument that today seems indisputable, it is that the world is increasingly polluted and that developed countries are the cause of this pollution. But this is only another deception because reality demonstrates exactly the opposite: there has been a drastic reduction in pollution in industrialised countries, thanks to the research, development and marketing of innovative and less polluting technologies. Instead, it is underdevelopment which is the real threat to the environment. 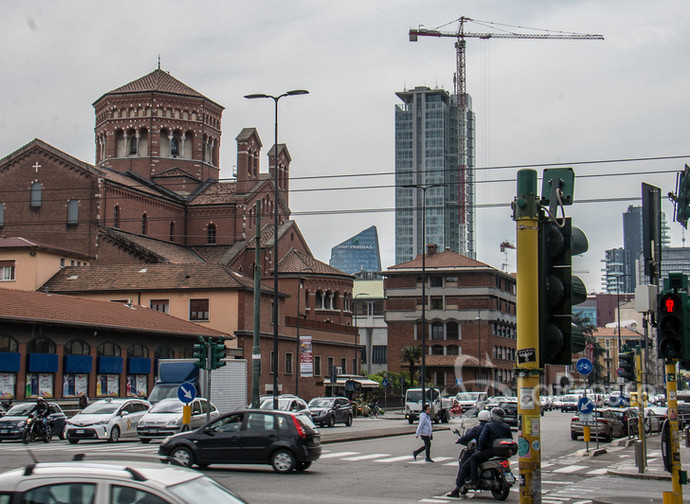 If there is an argument that today seems indisputable, it is that the world is increasingly polluted and that developed countries are the cause of this pollution, with their industries, use of fossil fuels and agriculture. Poor countries are obviously the victims, both because their resources are plundered and because they end up paying the consequences of pollution. And this assumption is what justifies all the global policies, invoked and partly implemented, by which rich countries provide "compensation" to poor countries, including the relative cash flow.

But the problem of pollution is a totally different matter. Here, we choose to focus in particular on atmospheric pollution, which is cited most frequently in all pollution alarms and discussions in general. It is evident that the real problem of pollution, in fact, is not caused by development but underdevelopment. A misunderstanding that is by no means accidental, with an important contribution to this manipulation of the truth, being made by the massive anti-CO2 propaganda, condemned as a pollutant - when it is not - as outlined in the last instalment on resources.

Let’s examine, the question of pollution. The World Health Organisation (WHO) clarifies the matter, in the most complete survey on air pollution ever carried out. The results published in 2018, state that over 90% of deaths related to air pollution occur in developing countries, principally in Africa and Asia. The survey is based on data collected from 4300 cities in 108 countries and explains how most pollution in low-income countries occurs in homes.

In fact, as many as 3 billion people use wood, coal or manure to cook and warm themselves, thus releasing highly polluting gases. Moreover, there is a link between this type of pollution and deforestation, which is largely caused by the practice of primitive agriculture and poverty. For example, there was the serious crisis in Southeast Asia in1997-1998, when the great forests of Borneo burned for several weeks: ten million hectares of land were enveloped in flames, mostly in Indonesia, and for months a large cloud covered several countries, stretching from South East Asia to China. The fires were triggered as a result of the severe financial crisis in the region that left millions of people out of work, mostly immigrants who on returning to their villages, needed wood to cook food and land to cultivate.

On the contrary, air pollution in developed countries, even if propaganda states the opposite, is constantly decreasing. And this is certainly not after enlightened mayors invented limited traffic zones. The process started much earlier because it is a process that naturally accompanies development. When everyone’s main worry is to feed themselves every day, they have neither time nor resources to be concerned about anything else. It is when primary needs are met that the focus turns to other living conditions; it is when well-being increases that there are resources available to improve hygienic, sanitary and environmental conditions. An elementary observation, but one that is easily confirmed by the data: just in 2002, the environmental report of the OECD (Organisation for Economic Cooperation and Development, OECD in the English acronym), called OCED Environmental Outlook, stated that on the whole air pollution in industrialised countries had decreased by 70% in forty years, and forecasts predicted a further significant decrease in the following twenty years. A forecast, confirmed by reality: a consultation with the annual reports of the various local environmental protection agencies confirm a continuous decrease in air pollution over the years.

The fact that atmospheric pollution is decreasing in developed countries should not come as a surprise. Pollution in cities is mainly caused by heating systems and car traffic (especially heavy traffic). In recent decades, the old kerosene heating systems have been almost entirely replaced by less polluting systems: in 2016 the Politecnico di Milano calculated that in the capital city of Lombardy, the 3500 diesel plants still in operation ( 2% of all heating plants) polluted ten times more than the rest of the systems, which were gas stations. Even the polluting emissions from cars have drastically decreased: just think that a medium-size car built in the 1970s polluted as much as a hundred cars produced in the same category today.

All this has been and is possible because development generates the wealth that on the one hand provides the means to research, develop and market less polluting technologies, and on the other, allows citizens to purchase them. Some might argue that all this only partially repairs global pollution caused by the industrial revolution, with its use of fossil fuels. Which is like saying that, in terms of pollution, life was better in the 1700s. But this too, is not correct. There are many testimonies of that time which tell us exactly the opposite and it would suffice to read a significant poem by Giuseppe Parini, written in 1759, titled The Health of the Air. The realistic description of the nauseating air inhaled in Milan in that period, makes Milan today the equivalent of a mountain resort.

But even this should not come as a surprise: where there are no sewage systems, dead animals are not buried, where the common transport system is by horse (note an adult horse produces on average 15 kg of excrement a day and 20 litres of urine), we can well understand that the pollution situation could become dramatic. But, this is also the general condition of countries currently in a state of underdevelopment. If we are really intent on reducing pollution, development must not be stopped, as today’s dominant environmentalism demands and climate policies aspire. On the contrary, development must be encouraged and accelerated: to lift people out of poverty and at the same time improve environmental conditions thanks to the use of new, less polluting technologies.

The third Person of the Most Holy Trinity

Now this he said about the Spirit, whom those who believed in him were to receive. (John 7: 39)