A poisonous exchange has taken place between the Australian cardinal and the former substitute of the Secretariat of State, asked to explain why payments amounting to millions of dollars were made to Australia. Pell suspects the money played a role in the charges that led to his detention. It’s an unlikely hypothesis and Becciu responds in kind. 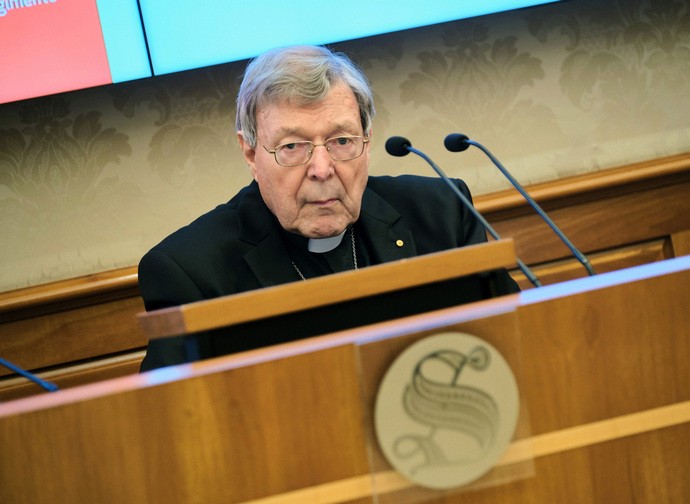 2021 ended with a poisonous exchange between Cardinals Angelo Becciu and George Pell. After the Australian cardinal raised non-benevolent suspicions in yet another interview, the prefect emeritus of the Congregation for the Causes of Saints took pen to paper and wrote an open letter asking Pell to "refrain from further" involving him "in the public debate" appealing to the "respect owed to a confrere - to a man - engaged in a difficult battle which, as a Christian even before being accused, I do not hesitate to define as truth and justice".

Pell’s piqued reply came through note from his spokesperson, saying that he was waiting for Becciu “with impatience for the answers to many questions”. The main question to which the Australian cardinal would like an answer from his Christian brother is the one repeated during the last interview he gave to the National Catholic Register: what was behind the 2 million and 230 thousand dollars that were sent by the Vatican to Australia during the period Becciu held the position of deputy to the Secretariat of State? The prefect emeritus of the Vatican Secretariat for the Economy, on several occasions, has said that he did not rule out that there may be a connection between his judicial problems in his home country and the resistance he encountered in the Curia at the time of his mandate to the Vatican. He was already convinced this was the case the day after his release from prison and said as much in the first interview he granted to Andrew Bolt on Sky. Becciu's fall from grace and the beginning of the London palace scandal trial seem to have reinforced this belief.

Only a few hours after the meeting with the Pope from which the Sardinian cardinal left privy of his cardinal rights, Pell released a note revealing his satisfaction for the result. The longer the investigation by the Vatican magistrates continued, the more Pell reiterated statements that cast a shadow over the work of his Sardinian brother, giving credence to the thesis that "some bank transfers could have been used to "buy" the accusers in his trial for pedophilia, in the context of the "transfers ordered by the then Monsignor Becciu" (according to the Italian newspaper Il Corriere della Sera). The spy story scenario was reported with considerable importance by some Italian newspapers in October 2020 and contributed to international public opinion forming the idea of an unscrupulous prelate who would bring about the condemnation of one of his confreres with the more infamous accusation of having made him pay for a "professional clash".

But the gross errors that emerged in the process, when the transfers between Australia and the Vatican from 2014 to today were verified, should at least call for greater caution before loading such a heavy cross on another person. Even considering, that a little over a year ago the Australian Anti-Money Laundering Authority (Austrac), responding to a question by Senator Concetta Fierravanti-Wells in the wake of the accusations reported by the Italian newspapers, had argued that within 6 years,  the Vatican had transferred as much as 2.3 billion dollars to Australia in more than 400 thousand transactions. The astronomical figure, totally unrealistic even for someone less experienced, was reported by several international media, hypothesising there could be a correlation with the Pell case. A few days later, however, Austrac was forced to admit they had made a clamorous mistake: in reality the total of the transfers amounted to just 9.5 million dollars for 362 transfers. Even the Australian Federal Police, after the authorities admitted the serious miscalculation, made it known that "in relation to payments from the Vatican to Australia so far no criminal conduct has been identified".

The 2,230,000 dollars which Pell evoked in the interview with NCR and based on which he asked Becciu for explanations, demonstrating that he did not exclude the possibility they could be linked to an alleged influence in his abuse trial, refer to two transfers dating back to the two-year period 2017 -2018 which were authorised by his substitute at the time. That money, which came from Vatican Funds, ended up in the coffers of a Melbourne-based cybersecurity company, Neustar. The prefect emeritus of the Vatican Secretariat for the economy asked Becciu to justify why the money was sent, but an answer may have already been provided by the Holy See in the communiqué of 13 January 2021 on the erroneous data released by Austrac: A total of 9.5 million dollars sent to Australia from 2014 to 2020 are attributable to "some contractual obligations and the ordinary management of its resources". The note dates back to a period in which Becciu had already fallen from grace within the Vatican Walls, so it is hardly attributable to an attempt to 'cover up' any misdeeds he is supposed to have committed. The Sardinian cardinal, moreover, in his open letter to Pell made it clear that he intends to answer the question about the reasons for the two transfers, in the appropriate forum: the Vatican City Court and not the media.

A book by Gerard Henderson, Cardinal Pell, the Media Pile-On & Collective Guilt, was released last month in Australia, in which the author examined the weakness of the charging process at the judicial level and, at the same time, the power of the media machine that helped create ‘Pell the monster’ in world public opinion before, during and after the trial. The author tried to demonstrate how the press campaign against him, with the suspicions absence of evidence, played a significant role in the persecution of the cardinal. In his letter, asking Pell to cease the public attacks against him, Becciu referred to that experience, reminding him that he knows well, "the pain of being unjustly accused and the suffering an innocent person must endure during a trial".

We do not know whether Becciu is guilty or not of the crimes he is accused of in the trial on the London property scandal, but there is no doubt that the suspicions of his alleged responsibility in the indictment of Pell as re-launched in the press (even before being sentenced by a Court) have negatively influenced his public image (also that of the Church in which he held top positions for years, as well as the Australian justice). If the accusation about the money sent to Australia turns out to be completely unfounded, it would be even more painful to discover that it was precisely the person who had previously suffered the same treatment was the one who egged it on.