Paedophilia is rampant in Europe, yet investigations are blocked

Over the last few months in Germany, Great Britain and Belgium, there have been hundreds of arrests for sexual abuse against thousands of children. But the mass media has kept silent or condensed everything in "news briefs". The fear of investigating these stories (unless it involves the Church) is nothing new. Evidence seems to go missing, while those who do a good job are abruptly replaced and then trials end up being stalled. Germany had to acknowledge corruption within its police force and institutions, yet when someone is sentenced, the penalty is minimal. Why? Perhaps many countries would be shaken to their core. 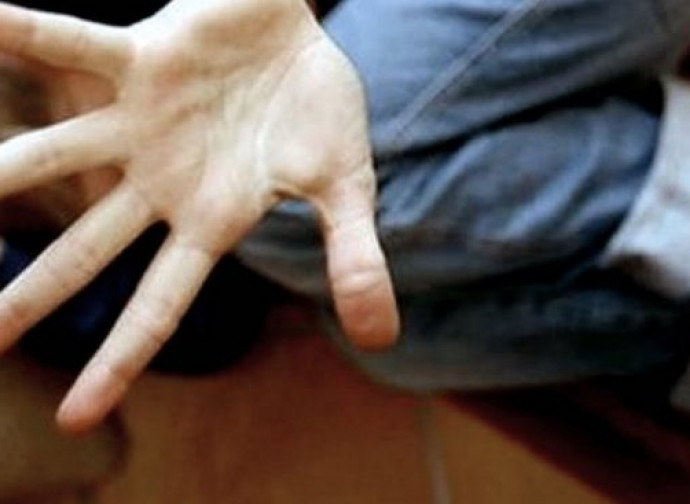 Paedophilia is rampant in Europe, yet investigations are blocked

This past June 16, 26 people were arrested for paedophilia in Great Britain. What the press has revealed, and only to a small extent (the cases didn’t make major newspapers’ headlines), is that arrests involved 14 men and 12 women aged 20-69 and that the victims suffered "physically and emotionally" from 2008 to 2016. Inspector Jo Floyd simply stated: "This is a complex investigation involving several young people who have suffered physical and emotional abuse. "We understand that this investigation will cause concern in the local community.” The charges include sexual assault, inducing children to perform and watch sexual acts, suffer cruelty, and rape of minors under the age of 13. The BBC has limited itself to discussing this in a very short article. No names of suspects have been given and there is no information on how or where the children were detained. There is also total silence on where the children came from. No media outlet has been willing to dive deeper into the story, having only contributed mere agency reporting.

On 18 June 2020, the BBC also devoted a few lines to the news of 5 arrests made in Derby and Bradford for sexual abuse of minors. Here too, the media outlet only explained that the "Operation Stovewood" followed the release of the Jay Report which claimed at least 1,400 minors had been abused in Rotherham between 2007 and 2013 (mainly by Pakistanis, which the BBC was silent about). No other details were mentioned. Yet, more knowledge is critical in terms of preventing the future abuse of children. It’s a phenomena which should outrage a world already committed to justifying the violence perpetrated in the fight against racism.

We see the same dynamic happening in the German press. Lets recall that at the start of this month, 11 people were arrested "in connection with a nationwide child sex abuse ring",  as reported by dw.com. The New York Times  dedicated only 11 lines to this story, despite the fact that the kindergartners were first drugged and then abused for hours over the course of a year.

The abomination took place in a Münster home, 125 kilometers from the Lügde campsite, where hundreds of children were abused between 2008 and 2018. In this case, the Detmold district court sentenced two men, Andreas V. (56 years old) and Mario S. (34 years old) to only 13 years in prison for raping thousands of times roughly 40 boys and girls aged 3-14 over a decade. Films were even made of the abused children. Little is known about how the children were lured into the sex ring, since investigations were halted after a suitcase containing virtually all the corresponding evidence and videos disappeared. Currently, two police officers are under investigation for having covered up for the man (charged some time ago) and contaminating the investigation. The German police were convinced that there was a wider sex trafficking ring behind these paedophile cases. German Interior Minister Herbert Reu said  he had to place the blame on police “failure”. However, can such an excuse be enough to stop the trial in the German courts?

Immediately following this scandal, the German police discovered an internet chatroom of 1,800 paedophiles, with victims aged 12 months to 14 years. Many of them were the perpetrators’ stepchildren or children. After 8 arrests in the fall of 2019, Frank Hoever, director of NRW state criminal police office, clarified that: "It’s not yet possible to even estimate how big the case will be." One of the accused had already been interrogated months prior and, despite having admitted that he himself was a paedophile, he had been released. This was because authorities considered the information insufficient to file an arrest warrant Since then, there have been no further developments.

Der Spiegel reported that out of the 2,500 open child abuse investigations, last year 557 had been suspended due to lack of staff, giving suspects time to destroy evidence, as The Guardian also explains.

We shouldn’t be so scandalized knowing that in Berlin from the 1970s to the early 2000s foster children were consciously given over to paedophiles at the suggestion of university professor Helmut Kentler. As Il Corriere della Sera explains, "research by the University of Hildesheim revealed the existence of a "network that ran through academic educational institutions."

But the collusion of crime with politics and institutions is not only a German phenomenon. In an interview published by the Independent last March, Simon Bailey, director of Britain's police for the protection of minors, spoke of 450 arrests of paedophiles from 2016 until today. He said, "All I see is the numbers growing, the scale of the threat growing, the number of children being abused growing and, actually, we should be having a public debate that says: what else can we do to try and meet the threat? But unfortunately, Bailey admitted, "politically it’s [a] very difficult" situation.

Last April, Belgian police together with Europol discovered a paedophile ring spanning 44 countries. They found videos and images of the victims of heinous abuse, aged just a few months to 13 years. Of the 99 suspects, 24 are residents of Belgium (all under the age of 40 and who worked in childcare sectors or were parents of the victims). Despite the extent of the arrests, the press ignored the news, while judges punished the accused with only a few years in prison. This led the NGO Child Focus to critique the "extreme lightness" of the sentences, saying they were "a slap in the face in the face of the victims" and sent "a wrong message to both the guilty and to public opinion". This is exactly what happened a few days ago in Italy, where a couple, who abused children since infancy, got away with only 6 and 9 years in prison.

Institutional tolerance is long-standing since the 1990s. Il Corriere della Sera journalist Maria Grazia Cutuli, shortly before being murdered in November 2001, wrote: "The investigation into Belgian paedophiles has hit an impasse The trial of the man accused of raping and killing four girls continues to be postponed. Investigators have been suspended, ‘troublesome’ witnesses have been discredited ... The country is in a state of shock. International rings are now emerging. Shady scenarios involve orgiastic nightmares, acts of sadism, and other related forms of abuse. Belgium, the headquarters of the European Union, NATO, and thousands of multinationals, has discovered that behind the paedophilia cases are surely a criminal network, one which threatens the country from top to bottom. Five years later, no defendant has taken the stand in court ... A defendant even admitted that ‘I attended clubs where orgies were held. I met ministers, magistrates, even people from even higher echelons of society’". The journalist continued: "The investigation started out well. There was a  zealous magistrate, Jean Marc Connerotte, who in a very short amount of time time managed ... to discover four murders. But he was taken off the case in October of 1996 ... Then the ship really began to sink. Special investigator Patrick De Baets and his assistant Eimé Bille, after interviewing a dozen witnesses, ... were subsequently fired and accused of embezzlement (...) Then Régina Louf, witness ‘X1’, had started talking the year before .... She said she had taken part in orgies with other minors, that she saw children forced to have intercourse with dogs, and who were tortured and killed. Yet, Régine was declared insane,  according to her attorney. Even we lawyers have also spent years defending ourselves against such accusations’”.

Something similar happened in France. In Italy there is the same sad experience. For years, the Forteto scandal (involving abuse of troubled children hosted at a rural institute), despite complaints about abuses that took place, continued to be "operational" thanks to the constant blocking of investigations and cover-ups. An investigative commission by the Italian Parliament was launched only recently. During the hearing of last 22 June, Florence’s Public Prosecutor Ornella Galeotti explained the worst: "I remember the summer in which I read the cards ... I often cried when I read the documents concerning the Forteto children ... I felt very alone. Many colleagues have stopped greeting me and I have been branded a deviant in the Florentine court system. I have seen a lot [awful] things happen in this trial ... I have never suffered this kind of pressure and negative attitude against me.”