Padre Pio and the Spanish flu, a saint facing the pandemic

The Spanish flu, which killed 50 million people between 1918 and 1920, also affected Padre Pio and his family. His sister Felicita and nephew Pellegrino died from the virus. The saint from Pietrelcina lived through this further suffering by submitting everything to God's will. He made a vow, committing himself to pray only for others, and thanks to his intercession many were healed. The Daily Compass interviews Stefano Campanella, author of the book “La pandemia di Padre Pio”. 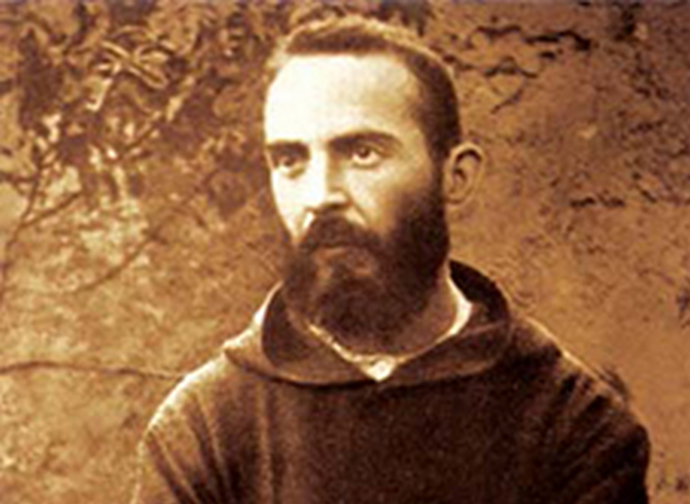 Today there is Covid-19. A century ago there was another pandemic, the Spanish flu, which killed tens of millions of people around the world between 1918 and 1920. It was called 'Spanish' because at first it was mainly reported in Spanish newspapers. Since Spain was not involved in the First World War, its press was not subject to the wartime censorship that hid news of the epidemic in other countries. It was a true pandemic, affecting about a quarter of the world's population, i.e. 500 million people, and causing the death of 50 million. The mortality rate was so high that the Spanish flu has gone down in history as the worst pandemic ever. Not everyone knows that the first pandemic of the 20th century also affected a young Capuchin in the convent of San Giovanni Rotondo, Padre Pio, and his family. A book has recently been published: La pandemia di Padre Pio. Discepolo dell’Addolorata [here the book in English: The pandemic of Padre Pio. Disciple of Our Lady of Sorrows], which tells the story of the saint from Pietrelcina during the period of the Spanish flu and which was written by Stefano Campanella, director of Tele Radio Padre Pio and Padre Pio TV. The Daily Compass interviewed him.

Stefano Campanella, how did the idea for the book come about?
The idea came about when the Capuchin friary of San Giovanni Rotondo was hit by Covid-19. In the period between 5 November and the end of the year, 12 out of 20 friars were infected. Two elderly friars, with underlying illnesses, died of complications caused by the virus. Having frequented them, while waiting for the swab, I remained in quarantine. At that time, I started to look for documents on how Padre Pio experienced the Spanish flu pandemic. I found a lot of material and the result was an instant book.

So Padre Pio's family was affected by Spanish flu?
Yes, the Spanish flu also affected his family: his sister Felicita, 29 years old (on 25 September 1918) and his nephew Pellegrino, 4 years old (three days before his mother) died of the virus. Felicita lived with her husband and three children in Pietrelcina, the birthplace of Padre Pio. When she fell ill, her mother went to her house to look after her daughter, son-in-law and grandchildren. She also became seriously ill.

Did Padre Pio pray a lot for his family members?
I would like to recall an important fact: Padre Pio made a vow to the Lord in which he pledged to pray only for others, that is, not for what concerned him or his nearest and dearest, including the health and lives of his family members. He was able to obtain healing from the Spanish flu of many people in San Giovanni Rotondo. On the other hand, he asked his spiritual daughters for prayers for his own family, including his mother of course. And, in this case, the prayers were answered and his mother was cured.

And was Padre Pio infected?
Padre Pio also fell ill. He experienced the first symptoms of the Spanish flu at the beginning of September 1918; then he recovered and felt better around the 20th of that month. On the morning of 20th September he celebrated the Mass which preceded his permanent stigmatisation. But after a few days he had a relapse, which led to his being unwell until the middle of December. During his illness he had very high fevers and suffered from bronchopneumonia, caused by the virus. But the death of his family members caused him even greater suffering.

Where was he during his illness?
He was in the friary at San Giovanni Rotondo, but in order not to infect the other friars and seminarians (at that time the friary was also the seat of the Capuchin seminary) he was forced to sleep in one of the two rooms in the guesthouse. One of his spiritual daughters would bring him food, staying in the other room and handing it to him through a small window.

What do we know about Padre Pio's life during his illness?
Padre Pio lived through the period of the pandemic with great altruism, praying for others and not for himself. And, on that occasion, he gave proof of the great strength of his intercession. I would like to mention an episode: one of his spiritual daughters had a pregnant sister who was dying from the Spanish flu. There was a risk that both the mother and the unborn child would die, and it seemed that there was nothing more that could be done. The woman ran to Padre Pio asking for his prayers for her dying sister. He replied: “Even if you see her expire, you must believe that she will be healed”. In fact, the woman was cured and gave birth to a beautiful baby girl.

Why did you give the book the subtitle “Disciple of Our Lady of Sorrows”?
I wanted to avoid the book being only the account of a series of facts, although they are already eloquent in themselves. I was thinking of the best way to make clear the spiritual message that emerges from the way Padre Pio faced the further suffering inflicted on him by the Spanish flu pandemic: by accepting God's will and with the altruism that is the typical expression of true love. And this is exactly the attitude that characterised the existence of the Virgin Mary, especially when she had to witness the passion and death of her Son. It is not by chance that Padre Pio said: “Under the cross one learns to love”. He therefore learnt from Our Lady of Sorrows and, after becoming a disciple, by her example, he in turn became a teacher to all those who want to be his true devotees, becoming his disciples.

There are people who call themselves spiritual children of Padre Pio, who speak of apocalyptic predictions concerning the world attributed to the Friar. Can you confirm these predictions?
Absolutely not. One must be very careful. It is not enough to call oneself a “spiritual child” in order to be credible, if this alleged filiation is not confirmed by demonstrable frequent contact.