The Hungarian Fidesz party has quit the European People's Party group. The EPP, together with the Socialists and Liberals, had already been voting against Hungary over the last two years. The EPP is systematically betraying its Christian values. Now Orban's withdrawl makes things clearer and just may be the precursor to the birth of a new, more coherent group. 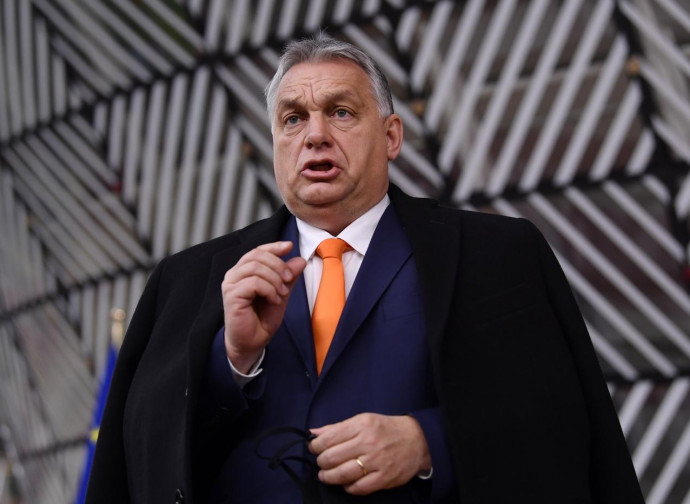 On 18 March, the party of Hungarian Prime Minister, Viktor Orban, informed the European People's Party (EPP)  that it was withdrawing from the parliamentary group, two weeks after the Fidesz MEPs had anticipated the decision. Interesting scenarios are now opening up for Europe: the birth of an alliance that is consistently inspired by Christian values and one which respects national identities would be a valuable tool for European future.

Upon hearing the news of Orban's withdrawal from the group, the response of the political coalition (in which the values and style of EU founders Schuman-Adenauer-De Gasperi are now faded memories) was found in a statement made by current EEP President and former Polish Prime Minister, Donald Tusk: "Fidesz has left Christian Democracy. In truth, it left many years ago". The break is definitive, and it is the consequence of many incoherent choices the EPP has made. It marks the beginning of a new phase in European politics, where right and left are gone forever, giving way to the centrality of the debate between Christian and ideological disvalues. Fidesz Vice-Chairman and Hungarian Family Minister Katalin Novak shared on Twitter a letter sent on 18 March by her party to the EPP Secretary General, Antonio López-Istúriz. The letter announced that "the Hungarian Civic Union no longer wants to maintain its membership" and, therefore, Fidesz is leaving the EPP according to the statute. "It is time to say goodbye," Novak tweeted.

The EPP had already suspended Fidesz's membership in 2019 for publicly criticising the then EU Commission President Jean-Claude Juncker via a public poster campaign, accusing him, along with Soros, of wanting to allow migrants to invade Hungary and change its Christian identity. In April of 2020, many of the Scandinavian and Dutch EPP-allied parties had already called for Orban and his party to be ousted. It was a request that slavishly repeated the appeals made to European Socialists, Leftists and Liberals to the European People's Party group. Last November, Manfred Weber, who heads up the EPP group in the European Parliament, stated in an interview with the Dutch newspaper Der Standaard that the expulsion of Fidesz was a done deal, but was delayed only because of the Covid-19 emergency. The situation then deteriorated at the beginning of March. This was when the European Parliament EPP Group changed its internal rubrics to take effect retroactively, precisely in order to expel Fidesz MEPs. The MEPs having foreseen such as decision, had announced in a letter issued by Orban that they were leaving the parliamentary group.

Indeed, the EPP group inside the European Parliament, as we have reported several times, has always voted for all resolutions and sanctions proposed by the alliance of Socialists, Liberals and Leftists against Hungary. While the past EEP President, Wilfred Martens (who died in 2013), had managed to make the traditional Christian Democrat soul co-exist with the 'liberal' wing in the party (that is, since November 2019 with the presidency of the Polish Donald Tusk as the 'liberal' soul that had imposed itself in the Parliamentary Group and marginalized anyone in the party who defended Christian values). Tusk has always resented Orban and any friendship between Hungary and Poland. It is not true that Fidesz has moved away from Christian Democrat values and principles. The EPP's guiding principles and values, which largely coincide with Christian non-negotiable ideals, are enshrined in the Platform of Values, where was approved in Bucharest in 2012 during the Martens presidency.  The EPP in the European Parliament has voted and advocated initiatives contradictory to the Platform of Values document hundreds of times and has instead favoured (impossible) mediations on the "disvalues" of Socialists, Leftists and Liberals. The EPP has chosen to sacrifice Fidesz (the same fate could happen to the Slovenian prime minister and his SDS party as well as to the Bulgarian prime minister and his Gerb party) on the altar of the political alliance struck with Socialists, Liberals and Leftists.

What could happen now? The parliamentary reshuffle could lead both to the birth of a new political group and to the enlargement of the current Conservative one, which would overtake the Liberal group and which would, thus, be assigned important positions in the renewal of parliamentary posts later in the fall of this year. Whether a new parliamentary group and a new political coalition are born or whether the current Conservative group headed by Giorgia Meloni is transformed is of little importance. What matters instead is that the political entity of which Orban and Fidesz will be co-leaders has a clear and coherent Christian inspiration (in which the protection of unborn life, the family and marriage are clearly defined) and fights for the following: respect for national identities, educational freedom, subsidiarity, policies for increasing birth rates during an immigration invasion. Such a platform will also show respect for Christian (and biological) culture in the face of totalitarian LGBTQ ideologies and will fight for freedom against every ideological temptation imposed by Brussels.

After having met with Giorgia Meloni last 26 February, Orban is now planning talks with the Italian Salvini (Lega Party) and the Polish Kaczyński (PiS Party). With Orban withdrawing from the EPP, the era of European political hypocrisy is finally over. Everyone would benefit from the birth or transformation of the Conservative parties, which have already taken place with the UK's brexit from the EU. What about the Lega Party and Salvini? If they favour the EPP (inconsistent on many Christian values) over the new political line-up, they would end up like St. Sebastian at the hands of their own new party colleagues. European citizens need clarity now, Orban has provided it.