A sensational case in Ireland: a valuable piece of land donated to the state by the Sisters of Charity in 2012 to construct a maternity hospital, has become a pretext for a vicious anti-Catholic campaign after abortion was introduced. 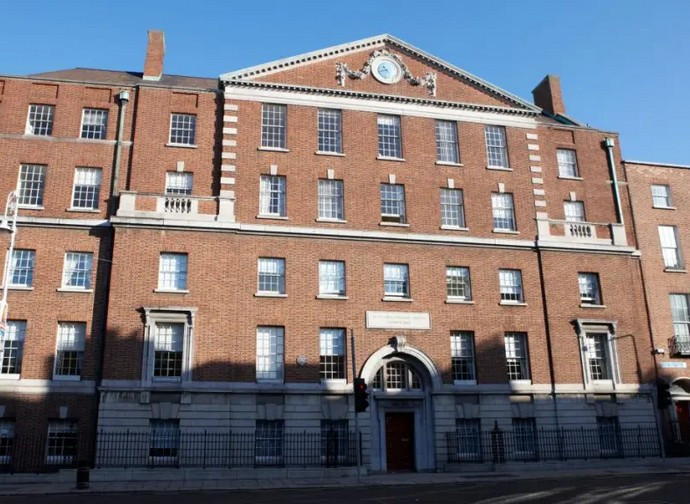 In the paper I work for, The Irish Catholic, we reported this week that the Religious Sisters of Charity (RSC) feel they “have been treated like monsters” by the media and politicians in Ireland. The sisters were bewildered and upset, a confidential source told The Irish Catholic, adding that one sister said “you would think [from the coverage] that we were evil”.
And the sisters were not in any way over reacting. For the past decade, there has been a concerted campaign to paint them in the worst light possible and to indulge in anti-Catholic conspiracy theories.

This all comes back to a well-intentioned, but deeply naïve, act of charity on the part of the Sisters of the Charity to help the Irish Government out. Ireland needs a new maternity hospital and in 2012 the sisters offered land worth upwards of €200 million for free to enable a new national maternity hospital (NMH) to be built.
From the word go this deal proved controversial, with concerns over ownership and ethos. Following the legalisation of abortion in Ireland in 2018, the opposition grew with the Government and the RSC on one side saying that all maternity care – as defined by the new law – will be available.

On the other were the opposition parties and the press, who saw at every step in the increasingly complex legal arrangement an attempt to sneak Catholic ethos in the back door. Now, a Sunday Independent poll suggests that two-thirds of Irish people are unhappy with the arrangement – 45% said they believed there would be religious influence in the medical services provided.

In part, this appears to be the result of the order’s naivety regarding Canon law. They have no power to gift, lease or sell such a valuable piece of land without their local bishop’s and the Vatican’s approval. Ultimately this blew back in their face, allowing the media to spin it that the Vatican wants to ‘impose’ its ethos on a secular hospital.
As it is, the sisters have bent over backwards to accede to the demands, often relayed with hostility and no little anti-Catholic sentiment. In doing so, they have given more than many Catholics would have wished.
The order has declared they will be in no way involved in the hospital, transferring their shares to the self-declared secular charity St Vincent’s Holdings CLG. Abortion, IVF treatment and similar forms of maternity serviced that go against the Church’s teaching will be provided on what was once Church grounds.

And yet this is not enough. The order’s supposedly secretive dealings with the Vatican are still cited as evidence of the Church’s attempt to exert its “oppressive” control over Irish healthcare.
The land belongs to the campus of St Vincent’s Hospital, which up until five years ago was run by the sisters. The hospital was established in 1834 to facilitate the sisters in their charitable work of caring for cholera victims, and has continued to provide excellent healthcare services to this day. Meanwhile, the sisters have continued their works of charity, reaching out to prisoners, the homeless and to migrants.

Now, you would think that given the sisters great work in uplifting the poor and suffering sick, and given that they were offering prime land in Ireland’s capital for free, some debt of gratitude was owed to them.
But you would be wrong. First they were hounded out of their own hospital, relinquishing control in 2017 and this year selling their remaining shares. And now, even as the Irish government has signed a deal confirming that the NMH will go ahead, the sisters and their legacy is being attacked. Here are just some examples of comments levelled at the sisters by elected Irish politicians in the past two weeks:

“For too long women in this country have been failed by the State and by the Church authorities, often working in tandem. We need to call them out on it now,” said Ivana Bacik of the Labour Party.
“It is because of the murky past and the blurred lines between State and church that I am glad the nuns are gone from our healthcare system. I am glad the Vatican has no role whatsoever in healthcare or maternity care in Ireland because religious influence in healthcare would be as inappropriate as me asking the parish priest to say something in his sermon at Mass. It is Irish law and not canon law that determines our laws and values as a nation,” said Emer Higgins of political party Fine Gael.
“I wonder if it [concern over the potential religious legacy surrounding the NMH] has anything – anything – at all to do with around 200 years of oppression and control by the Church of our bodies, our lives and the hopes that we had held for the future for women and girls in this country after repeal [of anti-abortion protections in the Irish constitution] was won,” said Bríd Smith of the People Before Profit Alliance party.

These are not even the worst examples, some of which include the vilest anti-Catholic conspiracies. In fact, had the Vatican not controversially signed off on the RSC’s desire to hand over control of the land, this round of anti-Church hysteria might have died away by now.
As it is, pro-abortion campaigners have nothing to fear – this hospital will carry out such “procedures”, which violate the morality of the Church, and more no doubt, and this case has harmed the Church in Ireland, being used as an opportunity to beat it out of the public sphere.
It should not come as a surprise, but it is still a painful spectacle for devout Catholics. Our great workers of charity past and present are now seen as evil monsters.