While the West is isolated at home out of fear, Christians in North Korea prefer freedom of the soul to physical safety. A document of the Korea Future Initiative is really an interview of about a hundred former inmates of labor camps, narrating the atrocities committed against women, elderly persons and children, but also offering the response of believers, who do not fear their persecutors, before whom they pray and smile. 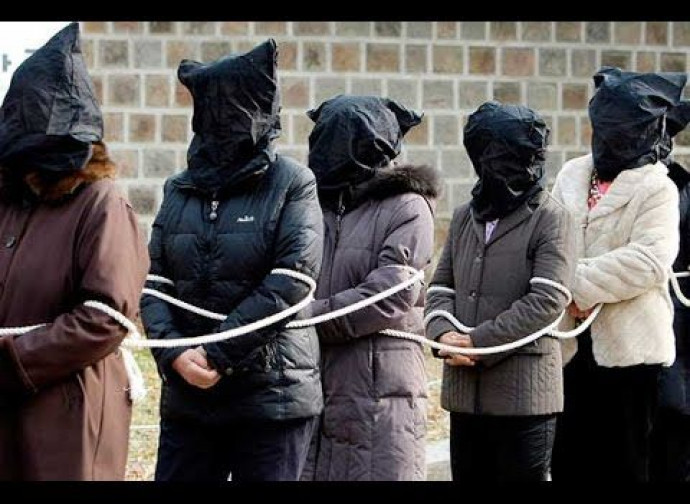 At this time when the solution to any danger seems to be isolation at home (whether it’s a question of terrorism or Covid) and when people naïvely think this is the sure way to avoid death and evil, there is a community of truly persecuted persons (whose risk of losing their life and suffering violence is enormously greater than the risk run by people in the West), who have an awful lot to say about what is the sole response to threats against life.

The picture projected when reading the latest report of the non-profit organization  Korea Future Initiative is one of an increasingly ferocious persecution of the Christian community in North Korea which, instead of foregoing its own existence, grows by preferring torture and martyrdom to physical survival. In other words, North Korea prefers freedom of the soul to bodily safety.

The report contains the testimonials of several persons persecuted by the Kim Jong-un regime, listing 273 cases of the violation of freedom of worship that involved people between the ages of 3 and 80. Many of those discovered with Christian religious objects or living their faith in the country’s underground Church were shipped off to prison camps where inflicted are atrocities detrimental to human dignity and quite similar, if not worse, than those used in Nazi concentration camps.

Just think that in the report containing 117 testimonials of persons who fled from persecution, direct reference is made to more than 200 individuals punished because they were Christians, as well as to various torture techniques, such as strangulation, hunger/thirst induced death, poisoning with contaminated food, privation of sleep, and ceaseless beatings. One woman spoke about men “beaten as if they were dogs. . .they cried out like madmen because of the pain they felt”, and “even though women were beaten less, I was hit in the face, my skin split and I lost a lot of blood. . .they had hit me because I was crying”.

Christians found with a Bible or others bringing religious books into the country have been executed in public. One witness narrated the frightful case of a person tied to a pole and executed before a crowd of 1,000 people. Or another person locked away in a 1mt x 1mt electric cage after having been accused of being a convert to Christianity. But the tortures also include “being hung up by one’s legs; being bound up with stout sticks. . .sitting down and standing up for hundreds or thousands of times a day, having a liquid of red pepper dust poured into one’s nostrils. . .being forced to watch the execution or torture of other prisoners”.

Then there is what happens to women: In the report there are 32 cases of sexual violence and forced abortions in a pre-prison camp in the province of Hamgyomg, where several pregnant women were injected with substances that forced them to give birth. Whenever there was a live birth the guards suffocated the new born babies with plastic bags right in front of their respective mothers, who were then forced to get back to work. Another witness recalled: “I was pregnant. Therefore, instead of kicking me, they slapped me. . .my face had become blue”.

That’s not all, because the most atrocious part comes into the picture when reading about some experiments on prisoners used as human guinea pigs. In other words, the abuses inflicted on 3 year old baby girls forced to suffer “humiliating internal and invasive”  naked body inspections of both the vagina and the anus.

In brief, whoever visits Auschwitz today asks how it was ever possible for man to reach the point of accepting what is abominable as normal (in The Banality of Evil Hannah Arendt describes the Nazi SS troops as ordinary persons, who were just used to doing the worst out of obedience to orders received, and placing their own consciences in a dormant phase). While we ask ourselves if all that was part of a parenthesis of the past, there are still Communist regimes where the abyss of evil continues unmasking its face. Very little is said about this in the mass media, because knowing about it would compel people to ask why. Maybe finding a response to such a question in what such powers have in common, their refusal of Jesus Christ, and saying that the sole possibility of liberty is to be found in a ‘power’ that recognizes there is something greater upon which it depends.

Narrating this is in the report is a former prisoner with a personal episode. “An entire group of persons was arrested for having set up an underground Church made up of adults and children between the ages of 10 and almost 80. When in prison, the families started praying. And when one of them asked the others ‘if they were afraid’, they just smiled. [One victim] said she was not afraid, and told me: ‘Jesus is looking upon us’ […] I began to weep because I knew what would have happened to persons like her, but she told me not to worry. Not even the children cried. They all smiled. They said they were not frightened. The next day they were all sent off to Chongjin Susong, a prison camp”. Illustrated in the report are 36 cases that involved the families of believers, and in some cases “this had led to the arrest of little children as of the age of 3”.

Therefore, as asserted by a former pastor held in one of these camps, "They said to me: 'we’re not afraid of nuclear weapons. . . .but we are afraid of people like you who bring the faith into our country. If this becomes the country of God, our power will crumble”.