Nicaragua, the untold story of a cruel dictatorship

Nicaragua never makes the headlines in major international media reports, even though the population are victims of the socialist regime led by Daniel Ortega. A cruel dictator responsible for the deaths of 634 citizens only because they hold different opinions to him. The figures are shocking for a country with only 6.3 million inhabitants. In an exclusive interview with the Daily Compass, Álvaro Leiva Sánchez - executive secretary of the Nicaraguan Association for Human Rights (ANPDH) - describes the human rights crisis in this Central American nation. 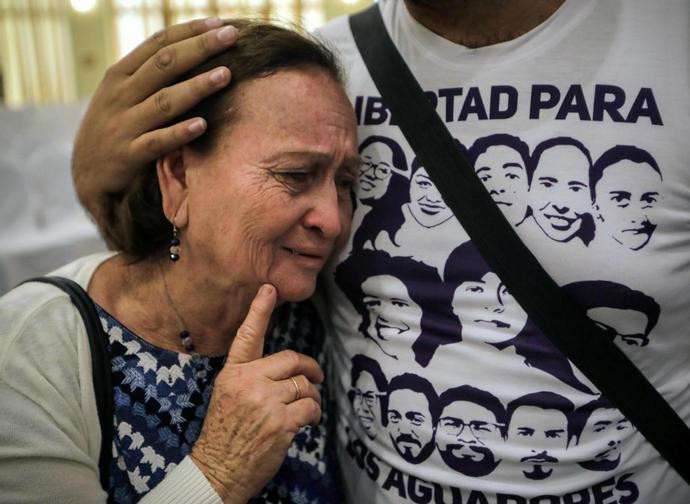 On Tuesday, December 10, International Human Rights Day was celebrated to commemorate the date when the United Nations General Assembly adopted the Universal Declaration of Human Rights in 1948. A historical document that proclaimed the inalienable rights of all human beings, is available in over 500 languages and is the most translated document in the world.

As part of this important celebration, it is worth mentioning the people of Nicaragua, a small country located in the Central American isthmus, of only 6.3 million inhabitants. It is suffering one of the bloodiest dictatorships in Latin America‘s modern history under the Sandinista-socialist regime of Daniel Ortega and yet is not considered news worthy by the main international media.

To find out more about the human rights situation in Nicaragua, the Daily Compass interviewed Dr. Álvaro Leiva Sánchez, executive secretary of the Nicaraguan Association for Human Rights (ANPDH) and delegate of the mission of the Canadian Human Rights Organisation International (CHROI) in Central America and the United States. From his exile in Costa Rica, he continues to report on the brutal repression and government persecution the Nicaraguan people are subjected to.

April 2018, Nicaragua was the scene of important demonstrations against the dictator Ortega, sparking a cruel repression that made headlines at least at the beginning. Today, however, little is said about the situation...
Since April 19, 2018, Nicaragua no-longer lives in social peace, the regime lacks the political will to improve the human rights situation of its citizens, despite international initiatives by OAS (Organisation of American States) and the United Nations. The current government has committed crimes against humanity, genocide and violated the Nicaraguan people’s human rights.

You recently presented in Costa Rica a 480-page comprehensive report on the human rights situation in Nicaragua, which outlines the history of the protests to date. What is the conclusion?
Human rights in Nicaragua are in deep crisis. The statistics increase daily: during the protests, 634 citizens were murdered, 5,021 were injured and denied the right to hospital medical treatment for not sharing the government’s ideology. 590 citizens have been kidnapped by paramilitary groups and the regime's police force and are currently detained as political prisoners, while 846 citizens have disappeared completely.

You have been accused by figures close to the Ortega government of inflating the number of victims; are these cases documented?
Every case cited in the report is duly documented. At the moment, the competent Nicaraguan authorities do not provide exact data on the victims, so the report is based on the statements made by relatives to the ANPDH. The deaths are the direct result of the operations carried out by the Ortega regime, as part of the "Vamos con todo" campaign (forward with everything). It included at least three transversal levels of executions, called "cortina de humo" (smokescreen), "Operación limpieza" (cleansing operation) y "plomo" (lead bullets). Therefore, the report lists the victims of injustice within the context of murders carried out by regular government forces and irregular groups. People were killed for being in favour of the barricades. They were selectively taken from their homes, based on lists drawn up by members of the ruling party. People are killed by the regime's police in different circumstances, such as during alleged criminal acts, in which they try to present the victims as criminals with criminal records, when they are honest citizens who have simply exercised their constitutional right to protest.

Was this the case of the activist José Isaías Ugarte, who recently died with two other civilians during a clash with the police?
Yes, but not only was he killed, he was also cruelly tortured. In Nicaragua, thinking differently or demonstrating can lead to being criminalised and treated like common criminals, as in the case of the Belgian-Nicaraguan student Amaya Coppens, who was arrested and is now on trial with 12 other people for trying to bring water to the mothers who went on hunger strike to demand the release of their children, still held in prison since the 2018 protests. They live in an atmosphere of anxiety and fear. For example, even the use of a simple symbol such as the national flag can be reason for imprisonment.

Was it persecution that drove you into exile?
Exactly; on July 31, 2018 we went into exile because of the pressures and physical threats we were subjected to as human rights defenders. To date, 131 citizens have been illegally sentenced, 178 citizens are being illegally detained and 280 have been illegally persecuted. Today the Nicaraguan people are persecuted because they demand justice and respect for their human rights.

During the 2018 protests, you were seen assisting victims during the most tragic moments endured by the people of Masaya, together with members of the Catholic Church, you were protected only by a white flag ...
We were asked if the white flag made the bullets or the mortar shells bounce off us. Simply, the second commandment of God's law, love your neighbour as yourself is what motivated us to keep going with our work and our commitment to the Nicaraguan people. Defending human rights in Nicaragua was not an easy task and our exile prevented the regime from destroying us, but they have tried to delegitimise our work. My dream is that of the vast majority of Nicaraguans: to obtain democracy and respect for  everyone’s human rights, without exception.