"My uncle Albino, the Pope who considered himself ‘God's delivery man’"

On the eve of  Pope John Paul I’s beatification in Saint Peter’s, the Daily Compass reports his nephew’s testimony, son of the Pope’s brother Edoardo: «He was a person who lived between heaven and earth, eager to evangelise, to communicate Christ to everyone. This is why he put the teaching of the Catechism first, he believed it was the basis of faith ". "His life teaches us that it is possible to live as Christians even in very difficult times". 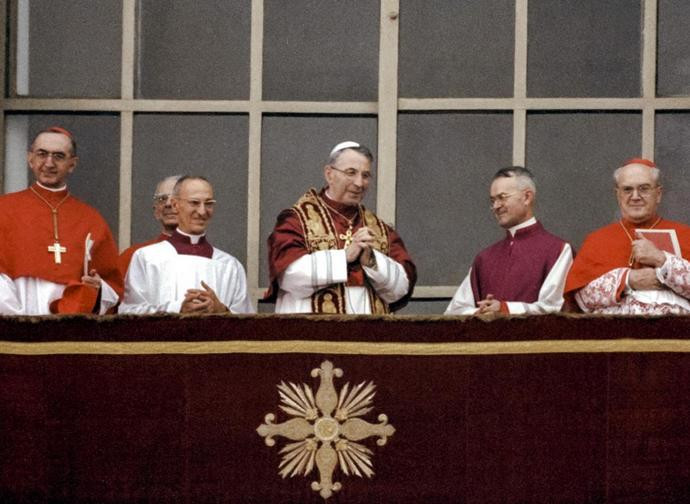 “He was a person who lived between heaven and earth …..He had a clear idea of what it meant to be pope, what the papacy means for the Church”. He used to say, “the pope is God’s true representative on earth, he has to know God to bring Him to others”. 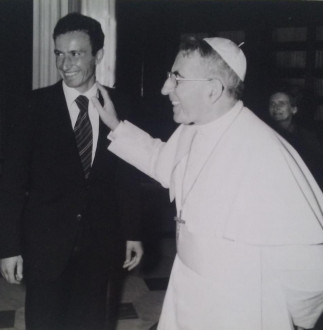 On the eve of  Pope John Paul I’s beatification, September 4, in Saint Peter’s square, the Daily Compass spoke to Giovanni Luciani, second born to the pope’s brother Edoardo. “Ten months with the pope”, he says with pride. He was a student at the university of Padova when his uncle, then Patriarch of Venice, asked him to be his driver and assistant until his personal secretary passed his driving test. The conversation cheerfully meanders between personal memories and frequent bouts of laughter. His merry but vigorous voice is deceiving, he sounds years younger than his 74 years. He currently lives in Canale d’Agordo, in the same modest family house where Albino Luciani was born and grew up. He describes passed events as if they were yesterday, providing colourful insights of the man born to be Pope for only 33 days.

How would you describe your uncle?
He was a person who lived between heaven and earth. He had a profound faith and was very devoted to Our Lady. Mature, meek, highly cultured, very determined in the things he wanted to accomplish. In just one word, he was humble. He embodied his motto, Umilitas. I mean humility in its true Christian sense. Pope Luciani was fully conscious of who he was; nobody without God and at His service, “God’s delivery man”, as he called himself.

What was it that he wanted to accomplish?
His whole life was characterised by the drive to evangelise and teach catechism. He believed catechism was the basis of the faith and that it was especially important for children to learn the catechism so they could live their faith maturely as adults. At the same time, he enjoyed conversing. He was very sensitive to what what was happening in people’s lives, their difficulties and problems. This informed his teaching.  Christ present in life’s daily problems had to be communicated in simple words and reach people’s hearts. He said, no one should leave the church, including the elderly widow perhaps with limited education, without having understood what had been said in the homily. He would often invite a child to come forward and would talk to the child about the gospel or life. He conversed with children to reach adults. He took the gospel by the letter, if we don’t become like children we won’t enter the kingdom of heaven. But sometimes this method was misunderstood. When he became pope, he was criticised for his simple way of speaking and some thought he wasn’t cultured, but he was very cultured, very learned. But, he was extremely modern, a pope ahead of his times. 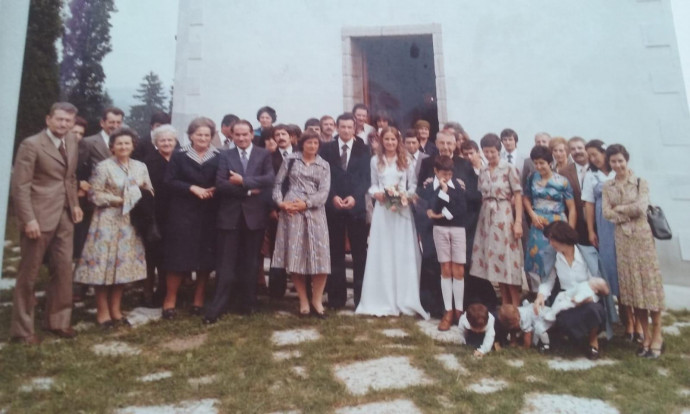 What does it mean to the Luciani family that one of its members became pope and is now to be beatified?
Nothing changes. Albino’s life was a miracle and has always been a sign of Providence for us. During the period he was born not all babies survived. There was those who survived and those who died. My uncle belonged to the group that would usually die very young. His health was fragile and there weren’t the medicines we have now. He suffered from pneumonia and pleurisy and spent periods in hospital. His health plagued him all his life. When Giovanni XXIII became pope and said he wanted to nominate Albino bishop, a letter arrived advising against his ordaination on the grounds of his poor health. Despite that recommendation, he was ordained. His life is a testimony to how God’s plans defy human logic. Not only did he become a bishop, he became cardinal and pope. His life is a living testimony to what seems impossible to man is possible for God.

Yet, he died suddenly, after only 33 days. This gave rise to suspicions of foul play and accusations of conspiracy, how did the family face that moment?
It was faced with the same trust in Divine Providence as we lived his rise to the papacy. He was expected to die young and by the grace of God he survived because his life had a purpose in God’s design. He died in the same way, God called him. When he died, we were told what had happened. Some say he had a heart attack but he’d never had heart problems, his heart was strong. As for the rumours he had been poisoned, (he laughs heartily) that was made up too. Bishop John Magee was my uncle’s private secretary and the first to summon assistance after the nun who brought him his morning coffee had found him dead. He told me, he had once met David A. Yallop in the airport, the author of ‘In God’s Name: An Investigation into the Murder of Pope John Paul I, published in 1984 by Bantam Books. He was the one started the rumours that the pope had been poisoned, so he asked him where he found the proof for the accusations he had made in his book. The author answered, “you have to invent things when you write a book to sell it”. People have vivid imaginations. There was no foul play. He just died naturally.

Looking back on those ten months you spent with him, what personal memories come to mind?
His devout faith. God took first place in his life. He got up at 5:30 and started praying. He then said mass had breakfast and started his first appointment at 7:00. He prayed constantly and was particularly devoted to the rosary. He went to confession regularly. Once, I took him to confession to the Cistercian monks. He came out and said, “they are in an exclusive relationship with God, I have been called to be God’s missionary to teach religion to people”. He always wanted to be in midst of people and constantly looked for the best way to communicate a Christian reflection on the problems of the times. He had a clear idea of what it meant to be pope, what the papacy represented for the Church. He said, “the pope is God’s true representative on earth, he has to know God to bring Him to others”. He prayed to know God. 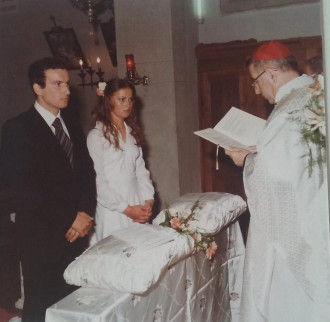 Did anything else strike you?
His smile and gentle character. He was a lovely person, always smiling. It was his nature but also fruit of his faith. Of course, he had to discuss problems or grave matters and he became very serious. But, in the end, he would say, “that’s how it is”, and smile. Every event, no matter how bad was ultimately defined by the Christian message and that meant there was always reason to hope. That’s also something we need to remember today.
He never wasted time. He was always busy. Just think, when he was in a hurry to leave the table at the end of a meal, he used to pour his (espresso) coffee on the saucer to cool it quicker and drank it from there.
He took a practical interest in the sick, prisoners and the poor. I often drove him to visit people he had been told were hungry or in serious financial difficulty. He would bring them food and money but he always insisted I was not to tell anyone. They were down and outs, tramps, poor families.
He always found time for his own family. He celebrated my marriage and kept in close contact with us all. I had a close relationship with him even after I stopped driving him around. He was a man who gave small gestures their full significance: bringing Christ to others. Of course, he also visited the sick in hospital and prisoners in jail.

We are living through a difficult historical moment, with the aftermath of the Covid pandemic, the war in Ukraine which threatens expansion, rising inflation and looming poverty. What message does the beatification of Pope John Paul I bring to the world today?
It’s possible to live through hard times as a Christian. Pope Luciani grew up in very difficult times, he knows what it means to suffer war, poverty, bad health, tragedy. He grew up after the Second World War and lived through the 1978 political crisis. He became pope the same year the head of the Italian government, Aldo Moro, was murdered by extreme left wing terrorists in the Red Brigade. He witnessed the passing of the laws on abortion and divorce. He used to say, “if the people feel the need for these things, then something went wrong before, they need Christ”. Christ is the answer people need.