Sins of the flesh are a great danger to the soul and, in spite of today's permissiveness, enslave man. In contrast, chastity, to which each person is called according to his or her state of life, is based on self-control and makes us free. It is linked to charity. And it has its natural patron in St Joseph, who is to be invoked against all carnal temptations. 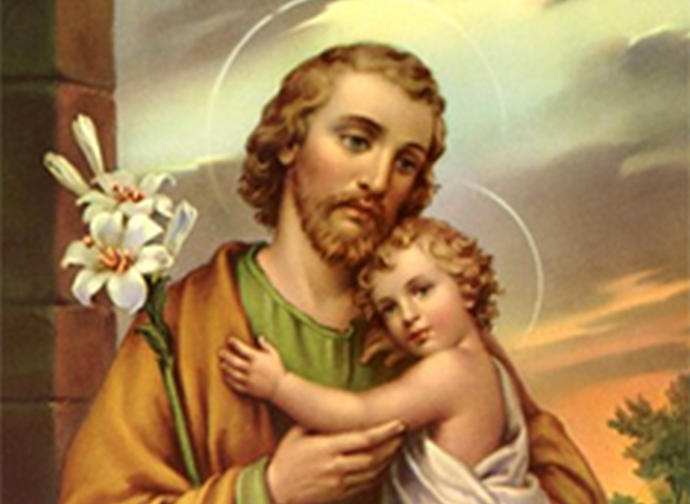 It is well known that when little Saint Jacinta Marto asked Our Lady which sin led most souls to Hell (the vision of which had shocked her), she was told that it was the sin of the flesh. The variety of carnal sins is clearly wide, as the Catechism of the Catholic Church reminds us. In general, they never stand alone, paving the way for other sins (including spiritual ones). In short, they cause numbness of the spirit and coldness towards God, which in time - if one does not repent and change course - can lead the soul to reject Him. St Thomas Aquinas explains that “Lust gives rise to blindness of mind, which almost totally excludes the knowledge of spiritual goods” (Summa Theologica, II-II, q 15, a 3).

This teaching reminds us, on the one hand, of the close unity between body and soul; on the other, it makes us reflect on the major dangers to which we are exposed in today's societies, which are increasingly dominated by pornography, fashions that offend modesty, the exaltation of sexual libertinism (including homoerotic), laws and habits (from divorce to cohabitation) that attack the dignity of marriage and God's plan for sexuality. In order to preserve or achieve purity we must therefore fight, today more than ever, keeping in mind that it is a grace: therefore, it is not obtained by our own efforts, but we must constantly ask for it in prayer.

In no other creature, except the Blessed Virgin, has purity shone as brightly as in St Joseph (“He was above all chaste in deed and thought and, from the age of twelve, had taken a vow of chastity”, writes the Venerable Mary of Ágreda in the Mystical City of God). He was not called by chance to the very high task of being her husband and guardian. Joseph is therefore a natural patron for this virtue and against all carnal temptations. This trust in the virginal father of Jesus is expressed, among other things, in the “cord (or girdle) of St Joseph”, a devotional practice that has its roots in the 17th century. It is not merely an external sign: the cord reminds the devotee of his commitment to live according to the example of St Joseph (therefore, according to God's will) and to invoke him particularly in defence of purity.

Resorting to the intercession of St Joseph is therefore a powerful help in leading a chaste life. The news of the controversial Milo Yiannopoulos, who not only described himself as "ex-gay", but also explained in interviews the role played by St Joseph in his turning point, has come as a surprise in recent months. The famous journalist and writer testified that he was able to free himself from many chains (material and spiritual) thanks to his devotion to the glorious patriarch, who leads us to Jesus and is a perfect model of “virtuous masculinity and heroic virile virtues”. Beyond the specific case of Yiannopoulos, who is still in the condition of a pilgrim on earth, his words inspire us to dwell on an eternal truth: the link between chastity and freedom.

In this regard, the Catechism states: “Chastity requires the acquisition of self-mastery, which is pedagogy for human freedom. The alternative is obvious: either man commands his passions and achieves peace, or he lets himself be enslaved by them and becomes unhappy” (CCC 2339). Authentic freedom, based on truth, is therefore quite different from that transmitted by today's dominant culture, which enslaves man to his passions. “This is the reason why pornography, a business that makes billions of dollars a year, makes its products available to everyone, free of charge, continuously, 24 hours a day”, reasons psychologist Roberto Marchesini, who adds: “In the United States they understood it long ago: sexual freedom is political control”1. St Joseph, on the other hand, is the model of the free man, therefore virile, because he is chaste.

The Church, in the wake of Sacred Scripture, teaches that all are called to chastity (that is, to purity, which may or may not be virginal), each according to his or her own state of life: married couples must live conjugal chastity, all others (unmarried lay people, priests, religious) chastity in continence. In addition to being directly related to freedom, purity is accompanied by love and therefore by the gift of self, which responds to the opposite logic of possession. Commenting on the sixth beatitude proclaimed by Jesus (“Blessed are the pure in heart, for they shall see God”, Mt 5,8), the Catechism explains: «The "pure in heart" are those who have tuned their intelligence and their will to the demands of God's holiness, in three areas above all: charity, chastity or sexual righteousness, and love of the truth and orthodoxy of the faith. There is a link between purity of heart, body and faith...» (CCC 2518). We need only think of St Joseph and his most holy spouse to confirm these words.

Naturally, purity does not only concern acts, and in the Gospel we read how Jesus affirms the need to preserve the eyes and thoughts (Mt 5:28). It therefore requires modesty, care for the various senses, and modesty in dress, as befits respect for a body created to be a temple of the Holy Spirit. Don Giuseppe Tomaselli (1902-1989), exorcist and thaumaturge who died in the odour of sanctity, wrote about purity: “By means of this virtue we have the greatest respect for our bodies and for the bodies of others and we restrain our minds, avoiding evil thoughts and desires; we also guard our eyes so as not to soil them with moral mud; we master our tongues so as not to contaminate them with indecent words, phrases, or speech; we guard our ears, avoiding the company of foul-mouthed people; we curb the affections of the heart, because an illicit affection not kept in check could drag us into the abyss of immorality”.

Against impure temptations, Fr Tomaselli advised us to commend ourselves to Mary's spouse, for example by making triduums or septenaries in his honour and also, in a predicament, by invoking him like this: “St Joseph, terror of demons, assist me, defend me, strengthen me!”.