Lent and fasting, a means of opening up to God

During Lent, the faithful are invited to eat simply, almost frugally. The self-control exercised during this period is a way of strengthening the soul, following the example of Jesus in the desert, in order to be filled with Him. Even during Lent, however, various countries present interesting recipes, based on vegetables, fish and inexpensive ingredients. 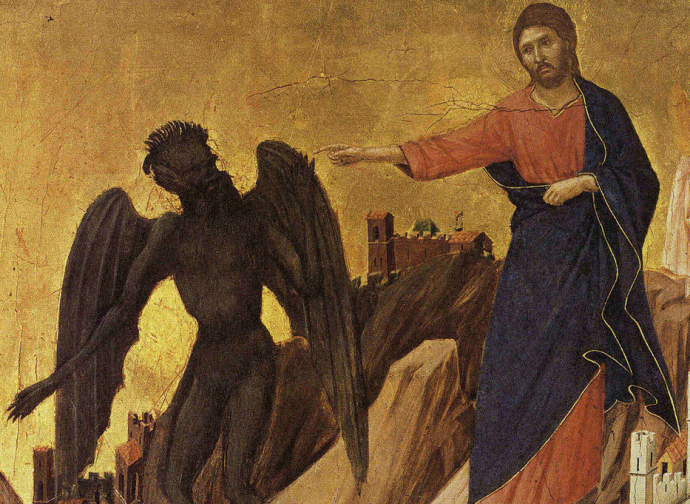 During Lent, Catholics must eat simply, almost frugally, renouncing fatty and sophisticated foods, rare ingredients and expensive foods. We can say that it is a form of penance, which helps believers to feel closer to God, in an imitation of Christ, to sanctify them.

Between His baptism and the beginning of His public life, Jesus of Nazareth withdrew into the desert to fast for 40 days, surrounded by wild beasts, served by angels, and tempted by the devil (Matthew 4:1-2, Mark 1:12-13 and Luke 4:1-2). In the desert, Christ waged a spiritual battle from which He emerged victorious. Following His example means letting Christ dwell in us to do His will and letting the Spirit guide us.

Self-control during this period is a way of strengthening the soul in the face of temptations, starting with food. During Lent we are invited to give ourselves concrete means, in penance and prayer, to be able to discern the priorities of our lives. Lent is a time that encourages us to silence in order to be receptive to the Word of God. Originally, Lent, the period of about 40 days before Easter, began on a Sunday. It was Pope Gregory the Great who moved the beginning to the preceding Wednesday. The Italian word for Lent is Quaresima, which comes from the ecclesiastical Latin quadragēsĭma, which in turn derives from quadragēsĭmus (dies), meaning “fortieth day” before Easter.

For a long time, Lent was a particularly strict time of year: sexual abstinence, deprivation of meat, sometimes of eggs and dairy products (in the Orthodox religion, eggs and dairy products are still banned during Lent). This period was, yesterday as today, a special time of prayer and repentance. The practice of Lent is less ‘coercive’ today, though the idea of fasting remains, both from a religious and a secular point of view: those who want to experience this time in a ‘heartfelt’ way voluntarily choose to give up pleasure, sweets, alcohol, or distractions. Strangely enough, sugar is not included in this list: this is because in the 13th century, St Thomas Aquinas (1225-1274), wrote that sugar aided digestion and was therefore permitted. (Sugar was sold in apothecaries and was mainly used as a medicine or as a condiment).

But apart from these gastronomic ‘licences’, there is also a form of strict fasting, which consists of eating only one full meal during the day (usually lunch), without meat, eggs, dairy products or wine, with a small frugal meal in the morning and evening. (But the more general custom is to fast only on Ash Wednesday and Good Friday).

The Code of Canon Law states in Title II (Holy Times), Chapter II (Days of Penance) that: “All Fridays of the year and the season of Lent are days and times of penance in the universal Church” (Can. 1250). In particular, to abstinence from meat or other food “are bound those who have completed the 14th year of age”, and to the law of fasting all adults up to the age of 60 (cf. Code of Canon Law, Can. 1252).

Many people simply choose certain things to give up for Lent, such as chocolate and alcohol or various distractions. Chocolate has also been the subject of great debate over the centuries, but the treatise “Memorie storiche sopra l’uso della cioccolata in tempo digiuno” by Fr Daniele Concina (1687-1756) helped put an end to the diatribe by explaining that it was not a sin to consume it, because it gave strength, especially to the clergy.

A simpler alternative is to follow a traditional vegetarian diet for the whole of Lent, 40 days of nothing but vegetables, fruit, pulses, pasta, rice, nuts and seeds. Some Christians still follow very strict diets, such as liquid-only diets made from vegetable and herb soups. In ancient times Christians abstained from all animal products and became vegan for 40 days. It was during the Middle Ages that meat, eggs and dairy products were banned. The idea was that these foods increased lust, a temptation/sin to be avoided.

In 1966 Pope Paul VI suggested that strict fasting could be replaced by prayer and almsgiving, as he realised that many people performed heavy manual labour that required them to maintain their strength throughout the day.

Since each Christian denomination follows different rules, there is no universal ‘Lenten diet’. Orthodox Christians still give up both meat and dairy products for Lent. Remember that the idea of fasting is to exercise self-control and to prefer spirituality to carnality. Most people avoid the following foods during Lent: meat, chocolate, alcoholic beverages, cakes, sweets and biscuits, soda, “luxury” fish (lobsters, oysters, caviar), cream, ice cream.

However, despite the restrictions, Lent can also offer interesting gastronomic choices. Although the food is based on vegetables, fish and inexpensive ingredients, we find good recipes in different countries. In Italy there are myriad recipes for pasta with vegetables; in France there are courgette, cauliflower, spinach and potato pies, or onion soup; in Germany savoy cabbage gratin and potato salad, but also cabbage soup with dill and cream of potato soup are very popular dishes; in Sweden Swedish-style potatoes (a must try - recipes can be found on the Internet), bread or carrot soup; in Greece, baked feta with herbs, fish soup, tomatoes au gratin with herbs; in Peru, Chile and Mexico, we find ceviche, an excellent preparation of (inexpensive) white fish cooked in lemon juice and accompanied by vegetables (today’s recipe is for ceviche); in Brazil, black bean soup; in the United States, we find vegetable kebabs, omelette with courgettes and onions, corn bread and also a very pleasant ‘pair’ of foods: tuna sandwiches served alongside tomato soup.

The purpose of food deprivation or moderate consumption is to focus on the essentials, to thirst and hunger for God and his Word. It is not only a penance, but an invitation to a modest and frugal life. Therefore, let us try to experience fasting not as an obligation in itself, but rather as a concrete means by which the Church invites us to open ourselves to others and to God, as a moment of purification not only of the body, but also and above all of the soul. Or rather, the Soul.