Large families are discriminated against. Here’s why

A report examined 1,100 articles published in German newspapers between 2011 and 2012: families with a large number of children were the subject of criticism. Why is this? Another survey demonstrated that the greater the increase in the number of family members, the more probable it is, that its members will take a distance from liberal bioethical positions. This means that large families have led to an increase in the number of opponents of abortion and LGBT rights. 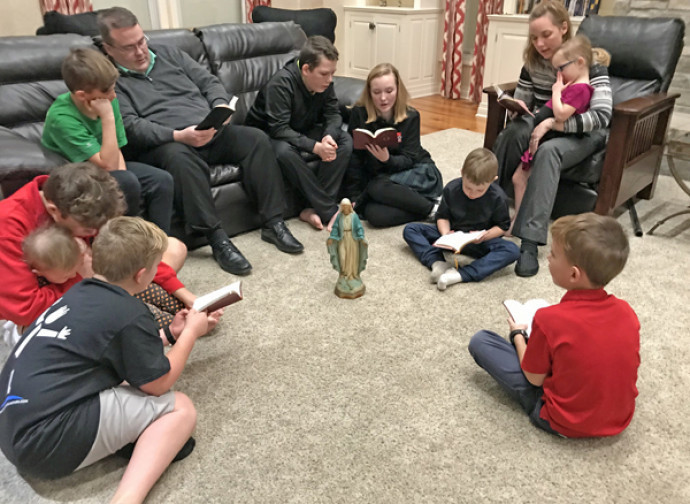 The dominant culture and the mass media are largely hostile towards the traditional family, especially those with a large number of children. This not an opinion but a widely-encountered phenomenon. The proof, together with considerable additional evidence, is in a report, Der politische Restposten, that examined 1100 articles published in German newspapers between 2011 and 2012, and reveals how the press speaks about large families almost exclusively in a critical manner: they cause financial burdens, they struggle with the conflict of living together, their housing situation is precarious, etc. In over 40% of cases the press offers a negative image of the so-called traditional family.

Yet, why does such cultural hostility towards the “fundamental cell of society” exist? A plausible answer is given by a study at Stanford University, recently published in the Proceedings of the National Academy of Sciences, one of the most respected international academic reviews. In this study, Vogl and Freese examined the data of over 12,000 people gathered from 2004 to 2018 by the General Social Survey, a survey that is nationally representative of adults in the United States.

At the conclusion of their analysis the two researchers made a very interesting discovery about the family and values, revealing a link between the size of the family and conservative positions. More precisely, Vogl and Freese observed that the bigger the size of the family, the greater the probability that its members will distance themselves from liberal bioethical stands on abortion and gay marriage. According to this study, a greater number of siblings corresponds to an increase of 3.4% in the likelihood a person will hold positions opposed to abortion and gay marriage, independently of the family’s conservatism.

One might respond that 3.4% is quite a small amount. But if you expand this view to consider the general population, you discover how the fertility differential of numerous families has caused an even more substantial increase in recent years – a 17% increase, in fact – of the number of American opponents of same-sex marriage, which was less than 47 million and today is closer to 55 million. Not exactly a negligible contribution.

According to the authors of the study, the conservatism of large families is an expression of two elements that characterize them: their high level of religiosity and their low level of education. The former has already been observed in other studies; the latter appears questionable when it suggests that in order to hold certain positions one must be a bit more ignorant than the media. But let’s return to the study by Vogl and Freese, which has at least a two interesting implications.

The first, already mentioned, concerns the link between religiosity and the number of children. Religious couples not only have more children than other couples on average, but also – as has also been revealed in other studies – they are more effective in passing on certain values to their children. A second, significant result of this new study then emerges into perspective. Yes, because if large families are more conservative, this can mean only one thing in a time of demographic decline: that certain ideas and values that are disliked by the dominant culture will not disappear.

What’s more, they may even become more widespread than they are today. “New ideas can spread rapidly within one generation, as has happened with gay marriage in the last two decades, but demographic trends are opposed to this spread,” Vogl declared in this regard. As if to say: dear progressives, you can control all the media you want and program the most deadly propaganda, but in the end families always make a real difference, above all families with lots of children.

Returning to our original question of why the “fundamental cell of society” is opposed and ridiculed by the dominant culture, the evidence given enables us to understand why the family is an uncomfortable institution: because it is a bulwark of civilization. It opposes the insurgence of totalitarianisms old and new, using the most implacable force that exists – demographics. The family guards the values that are an expression of the natural law. We could say that we already knew all this; it’s true. But now, we can say we have the proof.