“Roberto, you’ll win the European Championships because you have Our Lady with you.” This is what Sister Rosalina Ravasio told Roberto Mancini in December 2019, when the Italian national team coach visited the Shalom-Regina della Pace Community in Palazzolo sull'Oglio in northern Italy.  Our Lady is sowing “a seed of evangelisation”, says Sister Rosalina, with Mancini who has “a simple but profound faith” and a particular story with Medjugorje. 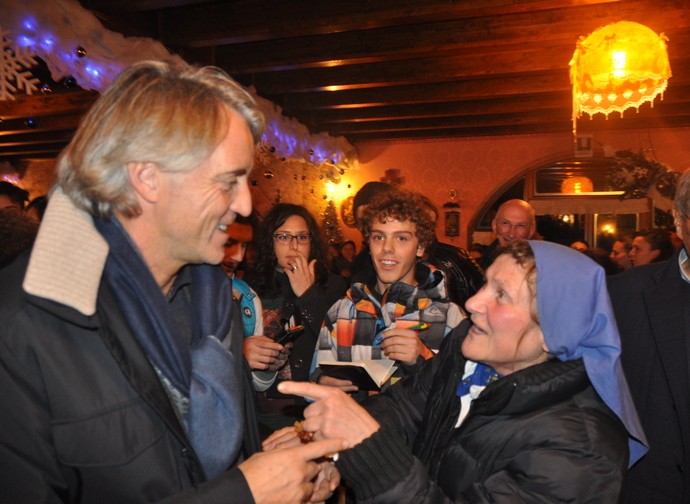 “Roberto, you’ll win the European Championships because you have Our Lady with you and you can be a seed of evangelisation”. It is December 19, 2019; the dialogue takes place in the Shalom-Regina della Pace recovery Community in Palazzolo sull'Oglio (Brescia). The person addressing Roberto Mancini, coach of the Italian national football team, is Sister Rosalina Ravasio, founder of the community 35 years ago (and a familiar name with readers of the New Daily Compass). 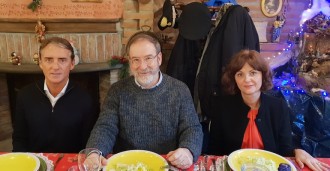 The Daily Compass was present on the occasion, a party to exchange Christmas greetings, along with ‘Mancio’ (his nickname), an old friend of the Community. Not a wish, however heartfelt; not an autosuggestion originating from the desire of a friend; but the certainty of a plan that must be fulfilled, to which the protagonist himself must adhere with strength and trust. A certainty accompanied by an embrace and a blessing with the classic sign of the cross drawn with the right thumb on Mancini's forehead.

At the time, the European Football Championship had not yet been moved to 2021 because of Covid (the date previously set was summer 2020), indeed the pandemic was still to come; and in any case no one could have imagined or even seriously bet on the “Azzurri” winning. Although Mancini had made a good start with the national team, the wound of the elimination from the final phase of the 2018 World Cup was still fresh and the young Azzurri team still seemed too far behind the major national teams of the continent.

But the certainty with which Sister Rosalina, as far back as a year and a half ago, “saw” the victory of Mancini's Italy could not leave us indifferent and we followed the final stages of the European Championship with growing curiosity and expectation until validation, on Sunday evening, of her prediction. 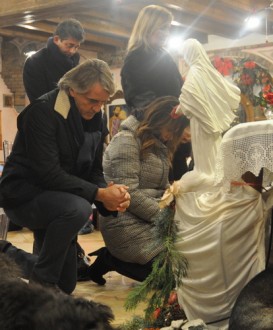 Some time ago, responding to a question linking the astonishing victory as coach of Manchester City in the English championship in 2012 to the protection of Our Lady (he had been in Medjugorje on 25 March, the feast of the Annunciation, and the decisive match was on 13 May, the anniversary of the first apparition at Fatima), Mancini said that God and Our Lady have more important things to think about than football, but that “people who pray have help”.

For sister Rosalina the help is motivated by the fact that Our Lady sees in Mancini a possibility to evangelise through his testimony of “a faith that is not ostentatious but simple and deep”. The coach of the Italian national team has never made a secret of the Catholic faith in which he has grown up since he was a child, in his native Jesi, in the Marche region. His development as a football player, from the beginning to his transfer to Bologna at the age of 14, also took place in the oratory of the parish of San Sebastiano, which was just a few steps away from his home, And although for some years, like many young people, he drifted away from the Church, he returned later with even greater conviction.

His relationship with Medjugorje is special: he had heard a lot about it from the Sampdoria chaplain, Father Mario Galli, who had been going there since the very first years of the apparitions. But he had never thought of going to Medjugorje, although Father Galli had become his confidant and spiritual director, until March 2012. A few months earlier, he had had a strange dream in which the visionary Vicka - whom he had never seen -, in the midst of a group of people, looked him intensely in the eyes and then gave him a kiss on the forehead: “I felt the sensation of the physical contact of a person whom, however, I had never seen or known in life”, Mancini recounted. Accompanied by the journalist Paolo Brosio, Mancini then decided to go to Medjugorje, where he met Vicka in person, told her what had happened, and heard her say with a smile: “It is Our Lady who does everything, we open our hearts and she tells us what to do”. 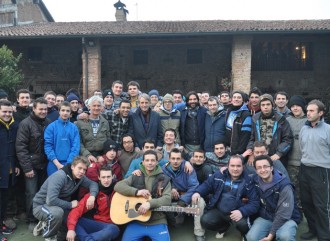 Since then, Mancio has returned to Medjugorje on other occasions, just as he has been returning for years to the Shalom Community of Sister Rosalina, whom he met for the first time when he was the Inter coach in 2005. It was a member of the Inter staff at the time, Gianluca Bergamaschi, a mental coach and a great friend of the Community, who introduced him to her. Since then Mancini has continued to visit and devote time to the young people who are recovering from addiction in the Community. As Inter coach, the visits were regular, but even now, when he is in the North of Italy, he tries to stop by Palazzolo. But come what may, he always stays in touch. That's why Sister Rosalina knows him so well and she has disclosed that they had a video call on the eve of the semi-final against Spain, while on the eve of the final against England they exchanged messages in which Sister Rosalina once again confirmed that victory was certain. And victory it was.