Is life difficult for blacks in the USA? In Africa, it’s worse

African countries have now joined the crusade against racial discrimination in the United States, but they are actually in a much worse state. Since March 25, Kenyan police have fired shots into crowds killing 15 people and injuring 31 others in an effort to enforce curfews enacted to contain the COVID-19 pandemic. Among the victims in Nairobi was a 13-year-old boy, Yassin. Nobody knelt for him. Then there is what footballer Kei Kamara had to say while supporting the American protests: "Being black in the United States is very difficult." Yet, he came with his family to the USA seeking asylum in 2000 at age 16. Kamara and his family had fled a bloody and cruel civil war which turned children into soldiers and resulted in 70,000 deaths as well as 2.5 million refugees. 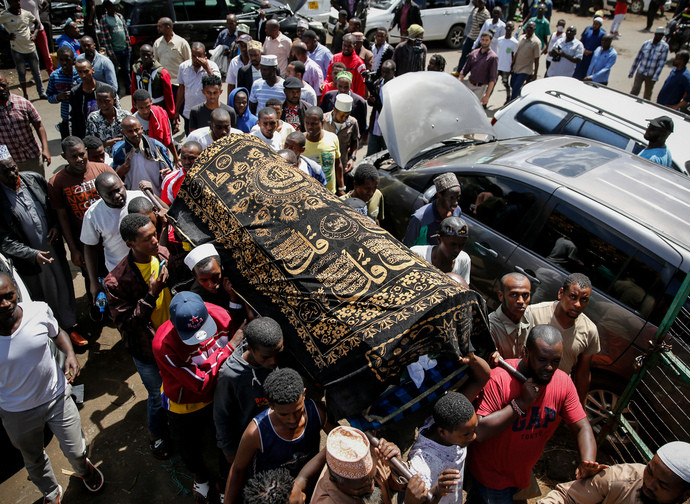 Kei Kamara is an internationally acclaimed black footballer. He is an American citizen since 2006 and is a striker for the Colorado Rapids. Until 2019, he was also part of the Sierra Leone national team, the country where he was born in 1984. In 2000, he was 16 when he emigrated with his family to the United States. The next year, in 2001, he began his football career.

Kamara explained that he joined the protests over George Floyd's death because he was thinking about his children and their future. He says he stayed on his knees for nine minutes and that his son knelt next to him without even asking him why. “We try to turn a blind eye,” to racism he said. “But I am very, very grateful to every other race that is now on our side because, in this way, we have a voice. Being black in the United States is very difficult."

Being black in Africa is even more difficult and Kamara should know this. If he doesn’t, then someone should remind him of how lucky he is. When he returns to Sierra Leone he does so as a privileged international football star paid hundreds of thousands of dollars per year.

In 2000, he and his family arrived in the United States while seeking asylum as refugees, thanks to an international protection program. In Kamara’s native Sierra Leone one of the most ferocious tribal wars in free Africa had been taking place. It was a war that gave rise to the expression "blood diamonds", since what was at stake was control over Sierra Leone’s rich deposits of diamonds. The conflict began 1991 and ended in 2002. At least 70,000 people are estimated to have died in the 11 years of the conflict. In the most tense period of fighting, refugees counted 2.5 million, over half of the country’s inhabitants.

It was also a war of child soldiers who were enlisted or forcefully recruited by the thousands. These children were driven mad by terror and the use of drugs. Stories of the atrocities inflicted on the Sierra Leone population are frightening. Child soldiers were responsible for mutilating civilians who were believed to be allies of their enemies. It was said adult soldiers wrote the names of various body parts on pieces of paper and put them in a hat or a box. They forced prisoners to draw lots. According to what was writing on the scrap of paper, child soldiers assisted in the cutting off specific body parts. Hundreds of people, perhaps thousands, still have the letters RUF or AFRC (abbreviations of the two anti-government militant groups) carved on their facial skin.

Kamara escaped all this and the difficult years that ensued. He also dodged the Ebola epidemic. Together with the Republic of Guinea and Liberia, Sierra Leone was hit by the worst haemorrhagic fever epidemic in history between 2014 and 2016. Sierra Leone registered about half of the more than 28,000 cases that resulted in 3,956 deaths (more than a third of the total victims). Sierra Leone, back then, had only 2 doctors and 40 beds per 100,000 inhabitants.

Today there are still only 3 doctors per 100,000 inhabitants. Sierra Leone ranks 181 on the Human Development Index with a life expectancy of just 54.3 years, the lowest in the world, tied with Chad, Central African Republic and Nigeria (in the U.S. life expectancy is 78.9 years). Sierra Leone also has the worst maternal mortality rate: 1,360 deaths per 100,000 births. Frequent abuse by the military and police helps to make life difficult for the population. On April 1 of this year, in Kamara’s hometown of Kenema, a dozen soldiers had brutally kicked and beat journalist Faya Amara Faya with the backs of their rifles. They seized the reporter’s cell phone and arrested her merely because she was photographing a new COVID-19 quarantine center. Law enforcement must concentrate on those who disturb public peace and commit other crimes; yet in Sierra Leone’s capital of Freetown, the police beat tea sellers who civilly disobeyed the country’s ban on selling the beverage.

In other African states, the scene is much worse. In Kenya, since the government undertook measures to contain the COVID-19 pandemic on March 25, local police have killed 15 people and wounded 31 with gunshots fired at civilians in crowds to enforce curfews. Among the victims was a 13-year-old boy, Yassin Hussein Moyo, who was fatally shot in the capital of Nairobi.

No one in Africa has knelt to mourn the life of little Yassin or any other victims of police brutality while crying out for justice. Instead, the Forum of Former African Heads of State and Governments have urged the countries of their continent to "protest strongly" against George’s Floyd’s killing and to demand that "those [who were] responsible for this crime and other similar crimes be punished most severely." In a statement released by the former president of Benin, Nicéphore Soglo writes: "Because of such a level of cruelty, it is time the whole world finally opens its eyes and expresses its [righteous] indignation. Who would dare treat a European, an Arab, an Israeli, an Indian, a Chinese, a Japanese, [or even] an Argentine in this way? Enough is enough!”

The African Union has in turn issued a spirited press statement against racial discrimination in the United States. The ANC, the governing party of South Africa, has announced a "Black Friday" campaign commencing on June 5: all South Africans are invited to dress in black from now on every Friday to show their solidarity with anti-police demonstrations organized in the United States.