The terrible murder of 23-year-old Ashling Murphy has provoked such a wave of sentiment across the country, that it has turned into a pounding campaign that accuses all males, and obviously the Church, of being responsible for a misogynist society. 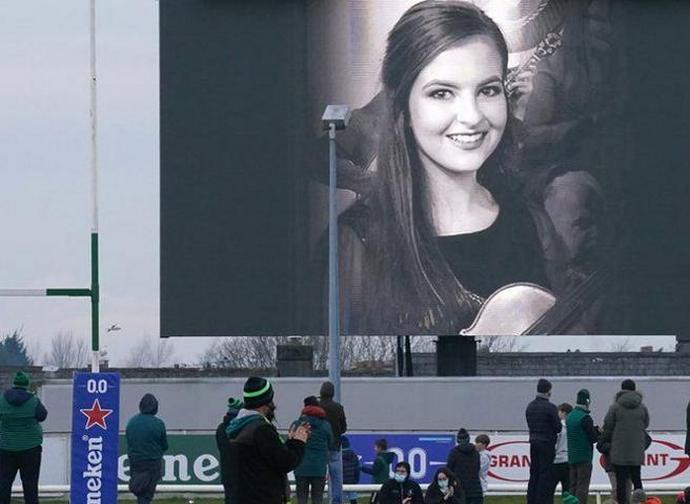 It is perhaps surprising in the digital era, when our societies are so fragmented, to see a news story grip the Irish public in the way the terrible murder of Ashling Murphy has. The 23-year-old school teacher was killed in broad daylight in a vicious attack, January 12, as she ran along a canal in her hometown of Tullamore, County Offaly.

Her death has led to a national outpouring of grief, with candlelit vigils held across the country. It has dominated our newspapers and Ireland’s social media for almost 10 days now, with little sign of abating. But why has this story captured Ireland’s attention so greatly? In part, it is because this kind of killing is rare. Since 1996, just 226 women have been murdered in Ireland; nine out of 10 of them knew their killers. Random, senseless murder in this country is not the norm. In fact, murder at all happens very rarely, with just around 50 cases last year.

Ireland is also a small country. The stereotype is that you can’t go anywhere without meeting someone you know, and this is often true. Ms Murphy studied in Mary Immaculate College in County Limerick; she was also well known in Irish traditional music circles; she was a teacher, a friend, a daughter. Poignant videos of her performing ‘trad’ music online are a reminder to people of what was lost. The randomness and brutality of her death has cut right to the heart of our national community.

In some ways then, the candlelit vigils and communal gatherings are a pleasant sign of the Irish people’s attachment to its distinctive and Catholic death rituals. We grieve as a society and as a community, from the youngest to the eldest, and the funeral Mass is central to that process. So too is the wake, traditionally held in the deceased’s home after the burial, when mourners will gather to eat, drink and uplift the bereaved.

However, Ms Murphy’s death has also unearthed a wealth of sentiment regarding the question of gender based violence against women in Ireland. It seems to have confirmed women’s worst fear, that they are not safe anywhere. The Irish media, professional and social, have been flooded with unsubtle views on how to tackle the problem. Many have pointed to cultural issues of misogyny, highlighting the fears women feel walking down streets alone, domestic violence against women and the fact that almost 80% of sexual assault victims are women.

The atmosphere has quite quickly become highly charged, from the average person on the street to politicians. “Violence or the fear of it blights the lives of women and girls,” Mary Lou McDonald, leader of political party Sinn Féin, said on Twitter. In Northern Ireland, the Social Democratic and Labour Party (SDLP) said we must “do everything within our power to end the hostile environment that many women and girls experience on a daily basis”. They called on men “to take responsibility and lead from the front”.

One commentator, Professor Sam McConkey, went a great deal further, saying on Ireland’s national radio broadcaster, RTE Radio 1: “My view is to be radical. You need 12 lessons to learn to drive a car. You need a license to drive a car. You need to do a test. Do we need some sort of, almost, qualification, licensing, education for men to go out into the social sphere?”
While Prof. McConkey’s view was exceptional for its “radical” nature, the tenor of debate has been quite fraught. Anyone proposing that the problem is not men as such, but one man, or even the problem of evil itself, are belittled as “disgusting”, “deplorable” or “conservative”.

Anything from single-sex schools to the Catholic Church have been blamed for entrenched misogyny in Ireland. The Church in particular is accused of having forced a view on women that they are fit only for the home and that, as women’s exclusion from the priesthood shows, they are second-class citizens to men.

However, this noise and fury has brought up substantive issues in our modern Irish society. Violence against women in Ireland has risen by 11% since 2005, according to one study. Perhaps this is an opportunity to re-evaluate Ireland’s gung-ho acceptance of liberal sexual morality. Perhaps a war on pornography will finally be launched, freeing women from the most degrading of work, and freeing men from the objectification of women.

It seems unlikely. So far, political response has latched onto the latest ‘strategy’, called for better ‘education’ and generally given the impression that a few tweaks here and there will sort out the problem of violence against women. Ashling Murphy’s case could prove a flashpoint in dealing with misogyny in Ireland. But the political and intellectual elite are looking in the wrong places, and that appears unlikely to change.