July 22, 2011: Candela Giarda, an eleven year old Argentine, is in intensive care on life support, she weighs just 19 kilos and for months has been suffering from acute epileptic encephalopathy, aggravated by a septic state of bronchopneumonia. “The doctors warn Candela’s mother that she won’t survive the night and that her  death is imminent.” The Daily Compass interviewed Father José Dabusti, the priest who on that evening of July 22, in Buenos Aires, invited Candela's mother to pray at her daughter’s bedside, to ask Pope Albino Luciani’s intercession. 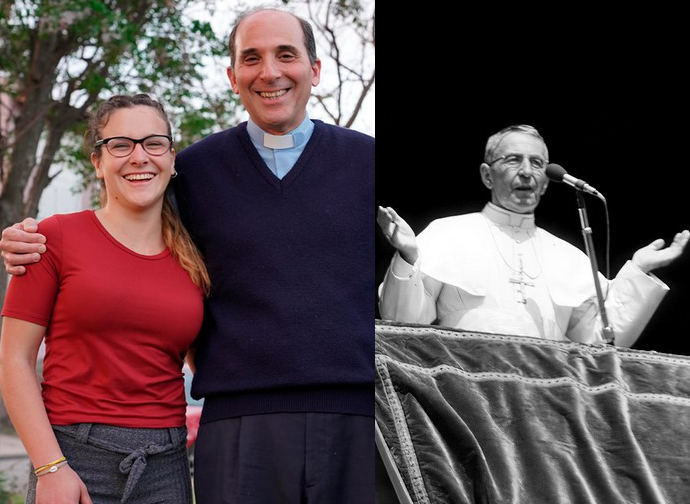 News that the Church has recognised the first miracle attributed to the intercession of venerable John Paul I (17 October 1912 - 28 September 1978), has travelled the world. He died just 33 days after his election to the Throne of Peter and three days ago the Church celebrated the anniversary of his birth. But, the miracle attributed to him, which dates back to 2011, concerns an Argentinian girl, Candela Giarda, just 11 years old at the time. She is now a university student, plays sports, attends the parish and belongs to a Scout group; leading what is commonly referred to as a normal life.

The decree on the miracle, promulgated by the Congregation for the Causes of Saints after the authorisation of Pope Francis, bears the date of 13 October. The date famously coincides with the last day of the cycle of the apparitions of Our Lady of Fatima, to which Albino Luciani was very devoted. In July 1977, barely a year before becoming Pope, the then Patriarch of Venice had met Sister Lucia dos Santos at the Carmel of Coimbra. During their intense conversation she had told him, among other things, that the only solution to the problems of the Church, was the need for - as Luciani himself reported - «nuns, priests and Christians of firm resolve. As radical as the saints: ou tudo ou nada, all or nothing, if they really intend to belong to God». 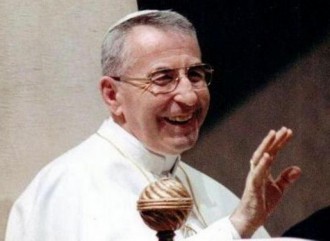 One day, John Paul I could be considered such a saint. In the meantime, the decree of October 13, means that he will soon be proclaimed blessed; only the date of the relative ceremony remains to be decided. But what were the circumstances that led to this miracle? Father José Dabusti recounts the story by telephone to the Daily Compass. He is the parish priest based in Buenos Aires, who invited Roxana, Candela's mother, at the height of the illness manifested four months earlier (March 20, 2011 the first painful symptoms, on May 26 the transfer to the Argentine capital), to pray to John Paul I to intercede at the most critical moment of her daughter's life.

Father José Dabusti, could you begin by explaining why you are so devoted to Pope Luciani and what strikes you the most about him?
Two things in particular are very important for me. When Albino Luciani was elected to the papal throne in 1978, I was 13 years old; I was struck by his joy and the expression on his face and, furthermore, his humility. Since my adolescence, I began to develop an intimate affection for John Paul I, and I prayed to him internally. And when I travelled to Rome, or knew someone going there, I always told them to pray at the tomb of Pope Luciani.

Can you describe how and when you met Candela Giarda then a child, now 21, who was miraculously healed by John Paul I?
I met her in 2011, when I was living in a parish in Buenos Aires dedicated to Our Lady, "Nuestra Señora de la Rábida" (called after a famous Franciscan convent in southern Spain, in Andalusia). Near the parish there is a university hospital, the Favaloro Foundation, which specialises in high-level care for neurological problems, heart disease, etc. Candela, came from Paraná, a city 500 kilometers from Buenos Aires. She was hospitalised for a very serious illness, Febrile Infection Epileptic Syndrome (Fires), with repeated convulsions. And she was also intubated.

Was Candela accompanied to Buenos Aires by her mother?
Yes, her mother, Roxana, came to the parish to pray and sometimes we stopped to talk. I also accompanied her to the hospital. On one occasion, I administered the anointing of the sick to her daughter. On 22 July 2011, Candela's condition had become very serious after she had contracted an infection in the hospital, she was in a septic state of bronchopneumonia. Doctors told her mother that Candela would not survive the night and that her death was imminent.

Did Roxana warn you on the evening of July 22 that she was getting worse?
Yes, she told me and I went with her to the Favaloro Foundation. As we stood in front of Candela, who by then weighed just 19 kilos, I had - I don't know how to put it, because it is supernatural - the inspiration to invite her mother to ask John Paul I to intercede to heal Candela. Roxana knew nothing about Pope Luciani and I quickly told her a few facts about his life and explained why I had suggested to pray to this Servant of God. The mother and I prayed together with two intensive care nurses. It was a short, spontaneous prayer, I don't remember the exact words, they were inspired by the moment.

What happened next?
Well, the following morning, July 23, ten years ago now, her mother came to the parish and told me that Candela had survived the night and was a little better. In the following hours and days, she continued to make constant improvement, within a couple of weeks she was extubated and after about a month and a half [September 5, 2011, ed] she was discharged. After that they went home, I no longer saw the child or her mother.

When did you see them again?
In 2014, I was still working in the same parish in Buenos Aires. Candela was no longer a child, she was a teenager, and Roxana wanted me to see her. They had come for a check-up at the hospital, which they did periodically. Candela was physically another person, you could see that she was better: she walked and spoke normally. It was a very emotional meeting for all three of us. At that moment, I told the mother that the Holy See had to be informed of her recovery, because without doubt it was an extraordinary, miraculous event. About two or three months later all three of us met again, it was January 2015: Roxana wrote a short explanation about what had happened and I did the same. As one of my brothers was going to Rome for a congress, where Pope Francis would be present, he offered to deliver the letter and the story of the miracle directly into the Holy Father’s hands.

Then what happened?
Two months later, I received a call from Rome asking me for more information on Candela's case and that was what started the process to examine all the relevant documentation, clinical history, etc. The vice-postulator, Stefania Falasca, even came from Rome to deal with the cause personally. Meanwhile, in 2017, the process to study the miracle began at the diocesan level (in Buenos Aires). Various witnesses, nurses, doctors were heard, and then all the information was sent to Rome for theological judgment so that the ascertainment of the miracle could continue. It ended just a few days ago, on 13 October 2021, with authorisation by the Pope to promulgate the relative decree recognising the miracle attributed to the intercession of the venerable John Paul I.

What more can you tell us about the family graced by this miracle and do you know if it has produced any other fruits of the spirit?
Roxana and Candela [in the photo below with Father Dabusti, three weeks ago, ed] are a family that has been formed by the faith, a basic faith, simple, but impressively strong. The mother constantly witnesses this with her trust in prayer. When we prayed together, she knew that God was at work, she knew that Candela would not die. She has said this many times. Roxana, among other things, has said that this miracle signifies a new life for her and her daughter. And I believe that its fruits can also be seen by looking at the people who took part in the process of verifying the miracle, because among them there were also non-believing doctors who, like all the others involved in the affair, were astounded by the facts. 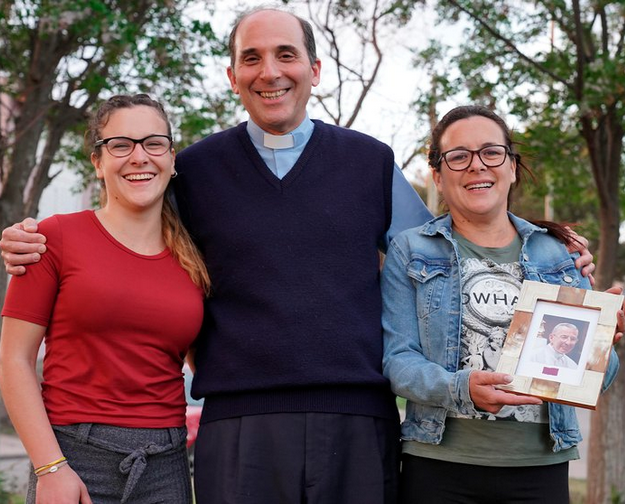