“I Believe”, an act of titanic certainty

The words "I believe", in today’s culture permeated with relativism, have become synonymous of expressing one’s opinion. Instead, it is an adhesion to the Faith which, as Saint Thomas says, is a very certain adhesion, and more so than any other act. The act of faith combines  intellect, will and grace. Today, the Daily Compass begins the first lesson of Sunday Catechism on the Creed. 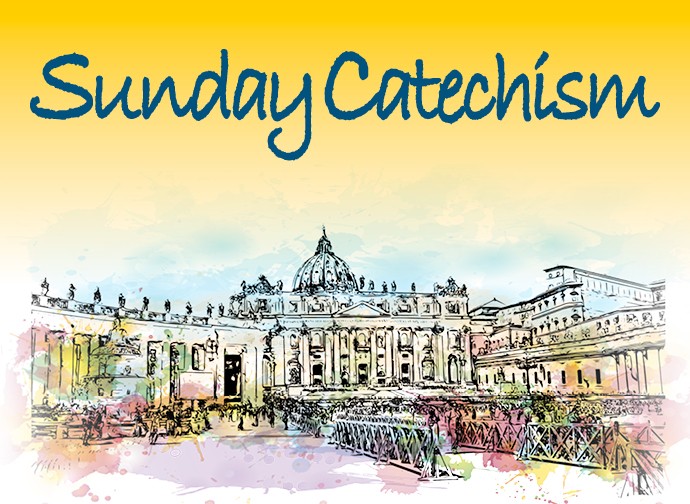 Welcome to the Daily Compass "Sunday Catechism" which intends to reveal the mysteries of the Faith by adopting a methodical approach, in order to understand the truth, not only piece by piece, but as a whole by connecting all the truths of Faith.

In the classical tradition the Faith is explained - and so too is the Catechism of the Catholic Church - by four great pillars:

1- The Creed, symbol of faith

2- The sacramental life of the Church

3- The moral life: the 10 Commandments

4- The life of Prayer

In fact, we will examine how these four pillars are connected and related to each other, keeping the articles as the main focus as they are professed both in the apostolic and in the Nicene-Constantinopolitan creeds. This approach was chosen because it has been tested by centuries and centuries of teaching the Faith in the tradition of the Church.

We start with the first words of the creed, "I believe" recited in both the Apostolic and the Nicene-Constantinopolitan creeds. The latter is confessed every Sunday at Holy Mass.

In our epoch, the words "I believe", and above all in a culture permeated with relativism, have become synonymous with one’s opinion, equivalent to expressions such as "I think that, I believe that, it seems to me that", etc. The words "I believe" are never used today to indicate an absolute certainty or a universal truth, but rather for something that is held subject to possible revision or fluctuation.

It’s therefore necessary, go back to the origin of the word ‘believe’ in order to understand its most authentic meaning, and to do this we look to Scriptures, in particular the Old Testament, but also by referring to how it is used in the New Testament.

The so called "key word", which we are accustomed to using and which occurs many times in Scriptures to indicate this total adherence to Faith, is the word 'amén.

As with all words in the Hebrew language, there is a "root word", that is a set of two or three letters, which, depending on how they are vocalised, take on different meanings.
This way of creating terms starting from a single root allows a word to acquire a very wide semantic range that enriches the word itself, allowing it to express significances that vary. The word 'amén is precisely one of these "root words".

1 -The first word (derived from the root ןמֵאָ) is ‘amán.

'Amán indicates the act of educating, raising, carrying a child close to one’s chest. The merit of this first meaning is we are immersed in a real situation, we could say the act of faith is "existential", which is the same as the relationship between a child and their parent. It is the parent who takes the initiative, raises, educates their child, even picking it up to breastfeed in the case of the mother, and to protect, in the case of the father. This is how God reveals Himself to the human race.

The act of Faith, therefore, is placed in this dimension, of a relationship by a caring parent who is the source of life, who takes the initiative, who brings the child to themselves and the child who enters this dynamic. So the context of the word 'amén, of the act of faith, of our saying ‘I believe’, is relational.

The second vocalisation of  'Amén, which is an adverb,  means "Certainly", "In truth".
Its best known use is found in the Gospels, when Jesus says: "In truth, in truth I tell you ...", where the Latin translation is precisely: "Amén, Amén, dico vobis ..."
This introduces a second and very important meaning: the response to God who reveals Himself is not an opinion, as previously mentioned. It does not refer to the range of expressions, "I think, it seems to me, I consider that ..." as we are used to today. The response to God who reveals Himself is a response of certainty, acceptance and full adherence to the One who reveals certain things to me.

Therefore the adhesion to the Faith - as Saint Thomas says - is an adhesion that is not only certain, but absolute, that is, a degree of certainty higher than any other human act.
Faith does not recognise fluctuation, which instead comes from weakness. The act of Faith does not consider and cannot accept hesitations, fluctuations and uncertainties. This meaning of certainty, firmness, stability is also derived from the fact that this word also means pillar or doorframe, that is, something firm and stable.

Lastly, the word 'èmet', which means truth, is also derived from this root; this means there is also a reference to a content of truth to which we give the adhesion of our intelligence.

THE ACT OF FAITH

Having removed the word "Creed" from today's relativistic context and placed it in its true context, which is that of the faith of Israel, of the faith of the Church, we need to understand "what the act of Faith is" and how it is defined.
Definitions are important because they can be fixed in the memory and once fixed in our memory, we can reflect on these definitions; vice versa what is not committed to memory is lost. This is an important consideration, because memorisation is also part of the transmission of the Faith.

There is a definition that the Catechism of the Catholic Church retrieves from the Theological Summa of St. Thomas Aquinas. It is number 155, in reference to the secunda secundae, quaestio 2, articulus 9.

"Believing is an act of the intellect assenting to the divine truth, by command of the will, moved by God through grace.”

This definition shows how the act of Faith is an act of the person; in fact it refers to intellect and will, which are the two spiritual faculties of the human person. Secondly,  it refers to the grace of God who intervenes to rouse the will.

A- Faith is an act of the intellect, that is, it pertains to our intelligence.
It can be said that the proper place of the act of Faith is the intellect, which - according to St. Thomas - gives its consent to divine truth. In other words, the intelligence expresses a consent to the truth of God and to all those truths that God reveals, that is, there is a content of the Faith to which the intellect consents and by virtue of this consent it then investigates and penetrates.

B. The intellect is driven by the will.
This is an important point: the truths of Faith are truths that surpass human reason. Therefore, it can be said that the intellect does not adhere by virtue of the evidence of a certain truth, it does not adhere to that truth by virtue of a logical mediation or reasoning, but it does so because it is driven by the will.

C. The will, in turn, is moved by Grace.
It is God's grace that moves and attracts mankind’s will - because God is the Supreme Good and mankind's will is the desire for Good - and mankind's will pushes the intellect to adhere to the truth that is revealed, to God who is truth and to the truths which come from God.
So we have this dynamic: we see the grace of God that precedes, then it is adjuvant, then it accompanies the process, and finally it is perfecting, bringing it to completion.

In summary, the two faculties of mankind, the will and the intellect, remain free in this process, but by themselves could not arrive at the act of Faith if it were not for the grace of God. And, on the other hand, our adhesion is an act of the intellect.
When you hear that Faith is not a question of intellect or intelligence, it is not correct. Of course, it is not only this, because it is the will that acts and operates the intellect and it is Grace that moves the will. Yet the element of the intellect is essential.

Now we also understand why Faith is more certain than any other human certainty, because it adheres not to an evident truth, not to the conclusion of a correct logical reasoning, but it adheres to the first truth which is God Himself, who cannot deceive Himself and cannot deceive.

This opens the way to more wonderful considerations which also take reference from a text by St. Thomas (reference to the Secunda secundae, quaestio 2, articulus 2).

HOW THE ACT OF FAITH IS STRUCTURED.

This is achieved through three very short Latin expressions, which have the advantage of being easily memorised.

The "formal reason" for the act of faith is that God is speaking. He reveals Himself, and I believe the content of His revelation because I believe Him. In this passage we are not led to believe God because we have seen Him, because we have made our own investigation, but we believe Him by virtue of His authority, simply because He Himself reveals it to us and reveals Himself. Therefore, the first movement is towards God, or the formal reason for the Faith is that God reveals, it is adherence to the first Veritas. This is also the reason why we cannot choose what to believe and what not to believe in the Faith, because the "Creed" is not based on us, but on God who reveals.

God is also "material object" and not only "formal reason" of our Faith; God himself is the content of our Faith. St. Thomas says: "If we consider materially the things accepted by the Faith, the object of these truths is not only God, but many other things. These, however, are not accepted by the Faith except in relation to God". In fact, in the Creed, we not only say "I believe in one God", but we also profess other contents of our faith.

3- Credere in Deum. It means Believing in God.

It indicates a movement, a going deeper, a penetration. In other words, we adhere totally to God and believe in the truths that He reveals to us, says St. Thomas: "inasmuch as mankind is helped in the path towards the fruition of God by His works". The proper purpose of the Faith is not to stop at the truth believed, but to avail oneself of God. That is to unite with God, to adhere to God.