How jam-making flourished thanks to the Crusaders

In the recipe book ‘De re coquinaria’, a collection of Roman culinary recipes in ten books compiled at the end of the 4th century, we find the recipe for jam made from figs simmered in honey. After the Crusades, the import of sugar brought about the production of jams by monasteries, a tradition that continues to this day.
- THE RECIPE: ELDERBERRY JAM 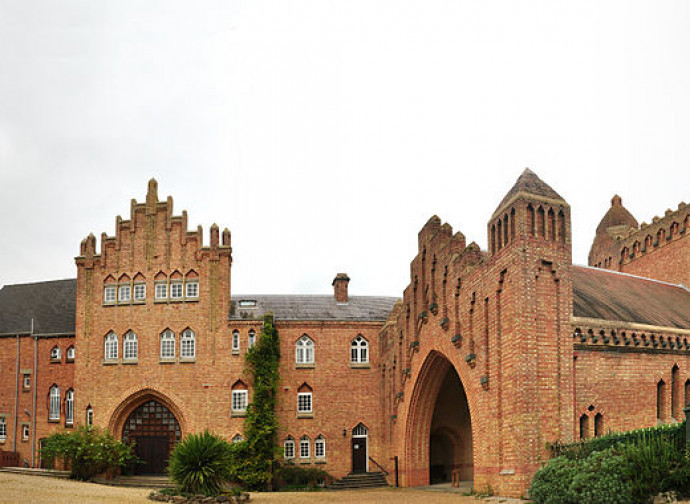 Since the dawn of mankind, people have been looking for ways to preserve food. Making food last has always been a concern of mankind, whether nomadic or sedentary populations.

The oldest method of preservation is drying. Archaeological excavations have found food (fruit, vegetables, meat and fish) dried in the sun and wind in ancient Egypt. Smoking is also an ancient method of preservation, used for meat and fish. Salting, on the other hand, is typical of the people who lived near the sea, from which they extracted the salt necessary for conservation. But this was a later method, which began in the 15th century. Among the first to use it were the inhabitants of the Norwegian Lofoten Islands, who preserved cod in salt (stockfish); however, opinions are divided: there are those who maintain that it was the Iberian sailors who salted cod to make it last on the journey from Norway to Spain, while in Italy this salted fish arrived thanks to the Venetian nobleman Piero Querini, who imported it from Norway in 1431.

But there are also sweet preserves: jams and marmalades. We have the first testimony written in the recipe book De re coquinaria, a collection of Roman culinary recipes in ten books compiled at the end of the 4th century. Although attributed to Marco Gavio Apicio, a famous gastronome of the early first century, it was actually written much later. Garnered from two manuscripts of the Carolingian period, it was later rediscovered by the humanists of the Italian Renaissance. In this compilation we find the recipe for jam made from figs simmered in honey. At that time honey was in fact the basic sweetener. The Greeks and Romans knew of sugar, imported from the East in small quantities, but it was used exclusively for therapeutic purposes. It was the Arabs who introduced it in Spain and Sicily around the year 1000, but it was rare and expensive, because it was obtained from sugar cane typical of tropical climates.

But the Crusaders also brought sugar back from the Holy Land and donated it to the monasteries. From that moment on, the religious were able to preserve the fruits they produced in abundance in the orchards of the convents and abbeys in a form other than mere drying. Thus began the tradition of jams and marmalades, tasty preserves based on fruit cut into pieces and boiled in sugar syrup.

The most important etymological dictionaries agree that the term ‘marmalade’ is derived from the Portuguese marmelada which means jam made from the marmelo or quince.

Nowadays dictionaries (and the European Union) specify that ‘marmalade’ is obtained exclusively from citrus fruits (lemons, oranges, citrons, grapefruits). All other preserves, made with any other kind of fruit or even vegetables, are ‘jams’. The European Union specifies: it can be called ‘marmalade’ if the fruit used is any kind of citrus fruit, which is at least 20% of the total product; ‘jam’ must be (35%), ‘extra jam’ (45%). It is all in Council Directive 2001/113/EC of 20 December 2001.

Let us return, however, to the monasteries and their jams and marmalades.  For a thousand years, monks and nuns have been carrying on a tradition using natural and genuine products: fruit picked and cut by hand, prepared according to tradition, without adding colouring agents and preservatives. In a letter of 1162, Enguerrand de Bauffremont recounts his passage to the Abbey Sainte-Trinité de La Lucerne (founded in Normandy in 1143 and occupied by the regular Premonstratensian canons), where he is offered: “A surprising and delicious, sweet preparation of apples stewed for a long time in sugar and honey, served on a slice of fresh bread, with a portion of tasty cheese”. It was an apple jam, a fruit that grows abundantly in Normandy.

Another interesting document is the diary of the young Cunégonde de Noirmoustier, who was sent in 1482 by her family to the Abbey of Fontevrauld (active until the French Revolution and which had the particularity of hosting monks and nuns together, always with an abbess as the superior - there were 36 in succession). The young Cunégonde writes: “They put me in the kitchen, where I help the confectioner nun. I was lucky: it is a large and clean place, with the air full of delicious scents. Sœur Tiphaine is cheerful and talks all the time, she taught me many things about fruit and preserves. My favourite is raspberry”. The testimonies are many, in books, manuscripts, cookbooks and convent archives. But what is noteworthy is the fact that today more than ever the convents have developed the tradition of preserves and jams, many of which are inspired by the founding saints. Saint Anthony of Padua had his favourite jam: it was a combination of green apple and pomegranate. We can find it today under the brand name “Le delizie dei monasteri” [“The delights of the monasteries”].

In the Monastery of Vitorchiano (Viterbo), for more than 40 years Trappist nuns have been producing artisanal jams and preserves of many different flavours, using a high percentage of fresh fruit, with just the addition of sugar, without additives. We would also like to mention, for their excellent products: the Benedictine Monastery Laboratorio S. Ildegarde (Orte); the Abbey of Casamari (Veroli, Frosinone); in France there are the Bénédictines de Martigné-Briand nuns and their ancient jams; the marvellous jams and jellies of the monks of St Joseph's Abbey in Spencer, Massachusetts, United States; the Quarr Abbey in Great Britain (often visited by Queen Victoria) with its bitter orange marmalade; the monks of the Romanian monastery Sihăstria Putnei are famous for their elderberry jam (which completes this article).

In Piedmont there is a monastery founded in 1988 in Pra d'Mill: it is called Dominus Tecum and produces very special preserves: apricot and almond, apple and mint, apple and coffee, apple and cocoa with macaroons, pear and lavender, pear and ginger, peach and wild thyme, courgette and orange, pumpkin and lemon, to name just a few. And they specify on their website: “Our jams have a reduced quantity of sugar and we use neither pectin nor preservatives: all this makes the fruit stand out even more, both in taste and in its high quantity compared to the final product”.

And this concept, which combines nature, quality, genuineness and tradition, is the best trump card of places of worship and their products: it is no coincidence that monastic gastronomic tourism is becoming increasingly trendy.