How Alfie died: all the facts

We do not know how long Alfie would have lived if he had been treated and taken care of properly, we do not know if additional tests would have resulted in a diagnosis and led to a cure... What is certain, however, is that we can not say that the child died only because his life support was removed. 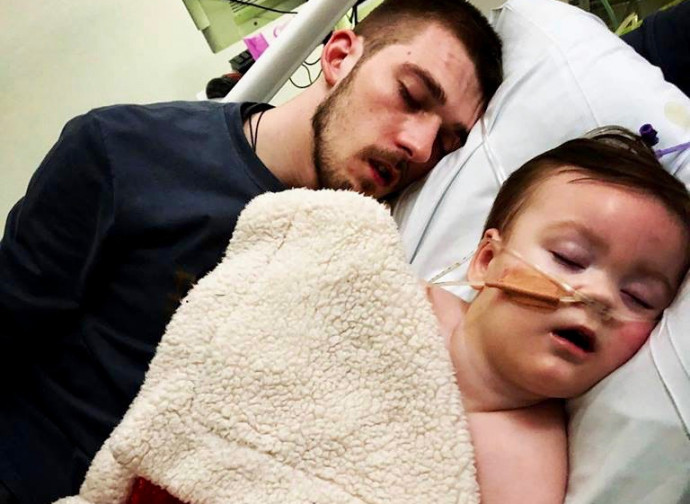 Without doubt, the greatest scandal taking in to account everything that happened to little Alfie Evans during his recovery at Alder Hey hospital, is that he was intubated and ventilated for 15 months and was denied a tracheostomy, because only one month from his admission (December 2016), the doctors  decided that he should die without even attempting  to reach a diagnosis. In fact, even if the newspapers wrote that Alfie was suffering from a mitochondrial disease there is not a shred of medical evidence to prove it.

It is certainly disconcerting that Alfie's ventilation tubes were replaced over 5 months after their application and that therefore they were found full of mold, as his father demonstrated with a pile of photos (some published by the Bussola) proving the numerous negligences at the hospital in Liverpool. Mariella Enoc, president of Bambin Gesù, who was prevented from entering Alfie's room in the English hospital, was deeply affected when she saw them. Even if all this is true, Alfie is not dead just for this.

Alfie was subjected to terrible treatment after his ventilation was removed. As his lungs were used to being dilated mechanically, the doctors needed to "wean him" off gradually so as not to provoke his immediate death. But this did not happen even though he contracted a lung infection after the life support machine was switched off.

This is why, as Thomas was told by an Italian doctor he was in touch with, Alfie would need immediate antibiotic therapy, but he was denied treatment. Incredibly, despite this, he breathed unaided for hours because the doctors even denied him an oxygen mask necessary to aid his breathing, which in any case would have been autonomous.

Therefore, on the evening of Monday 23 April, after ventilation was removed at 21:15 GMT, Thomas launched an appeal asking for someone to bring oxygen to the hospital, but the police barrier at the entrance prevented any possible help from the outside. At that point, after receiving a desperate phone call from Thomas, one of the family lawyers, Pavel Stroilov, rushed to Alder Hey Hospital. As Stroilov entered, six other people tried to follow him, one holding the oxygen mask in her hand was prevented from entering. She reacted with the brilliant idea of throwing the mask over the line of policemen's heads to the lawyer now on the other side, allowing him to take it up to Alfie's parents. At that point the child, who had already been fighting like a lion, thereby proving the hospital lawyer Michael Mylonas wrong, (during the hearings he had assured Judge Hayden that Alfie's death would be immediate after the ventilator was removed), was at last helped to breathe.

But, once again, the doctors tried to deprive the child of the mask, with the excuse that it was not Alder Hey hospital equipment. Twice they gave orders to detach it, until Thomas pointed out that the death protocol approved by Judge Hayden spoke neither of oxygen deprivation nor of suspending  nutrition. On the same grounds,Thomas forced them to feed his young son deprived of nutrition for a good 36 hours. Yes, Alfie was left unfed for 36 hours, a very long time for such a small child, whose heart had already sustained a huge strain after his ventilation was violently removed without weaning.

Moreover, when the nutrition was at last supplied, however, it was kept at minimal levels. Still Alfie continued to live for 4 days defended by his parents from the doctors threats, opening his eyes from time to time and reacting. Then, in exchange for press silence, the hospital promised Thomas more oxygen and more life support. Two hours before dying, the oxygen saturation was about 98 and Alfie's heartbeats approximately 160, stable to the point that Thomas was convinced he would be allowed to take his son home soon (as the hospital administration had told him on Friday afternoon). Before dying, while Thomas had left the room for a moment, leaving Kate drowsing and another family member in the room, a nurse entered and explained that she was going to give Alfie four drugs (no one knows what drugs) to treat him. No more than 30 minutes later, his oxygen saturation level dropped to 15. Two hours later, Alfie was dead.

We do not know how long Alfie would have lived if he had been treated and taken care of properly, we do not know if additional tests would have resulted in a diagnosis and led to a cure, we do not even know if Alfie was reduced to this state during his recovery in a hospital whose past reputation is nothing short of monstrous and where many reports make the hypothesis at least plausible if not proven. What is certain, however, is that we can not say that the child died only because his life support was removed.

As the well-known geneticist and scientific director of the Bambin Gesù Hospital, Bruno Dalla Dallapiccola, stated, "little Alfie will not be able to last long without being fed by Intravenous Drip. Without nutrition, in fact, survival can vary from a few hours to a few days". Of course "the time of survival depends on the patient's initial condition", although in the case of Alfie "we can not say with certainty". In any case, Dallapiccola concluded, "regardless of whether the baby continues to breathe independently, now the lack of nutrition intake represents an emergency".

Even Angelo Selicorni, a well-known Italian geneticist stated two days after the ventilation was removed that: "Detached from the machines the child has" resisted "for hours without" any intention of dying "». This change, he continued, "raises some doubts about how "terminal" his state really is".

Alfie, already weakened and subjected to violent treatment, was deprived of the antibiotics needed to treat his lung infection and then of food and oxygen for too many hours. Those who want to avoid taking a stand find shelter behind the mantra of a "too complicated case" whose boundaries would be too difficult to establish. But perhaps what is lacking is the courage to face the facts and say clearly that this is a case of blatant euthanasia? It is clear that if for the doctors considered Alfie's life was "futile", then the effort and cost involved were not worth bearing and automatically the medical approach could only be to eliminate him. As Selicorni wrote: "If I consider Alfie's changing fortunes as worthless, a useless, meaningless human life, I can not help but think that the sooner I put an end to it, the better it is".

Sounds like fantasy? In 2012, controversy arose due to complaints filed by patients involved in the Liverpool Care Pathaway, the end-of-life treatment program then in force in Britain. A nurse from Alder Hey, Bernadette Loyd, exasperated by seeing similar cases, had written to the Minister of Health denouncing the ways in which children and babies die. "Dying of thirst is terrible, and it is inconceivable that children should die like that. Their parents stand at a crossroads and feel almost forced to choose this path because the doctors say their children have only a few days to live. But it is very difficult to predict death and I have also seen a few children come back to life after the LCP had been started and then stopped." "I have also seen children die terribly of thirst because hydration is suspended until they die. I saw a 14-year-old boy with cancer die with his tongue stuck  to his palate when the doctors refused to hydrate him. His death was experienced with anguish by him and us nurses. This is euthanasia being introduced through the front door ". The National Health System responded to Loyd without addressing the matter: "Care for the end of life must meet the highest professional criteria and we must know how to stand next to the child's parents during the decision-making process".

This is what Alfie's martyrdom has achieved, apart from converting many hearts: it has forced us to unite against a monster, to look at the brutality of a eugenics system disguised as democracy. A system with unlimited power over the person is considered a civil religion by English politics and by the judiciary. It is a power that crushes so many fragile lives and spreads a utilitarian mentality that we must start to fight against it if we  don't want to end up in the same way.  But who knows, maybe Alfie's story will reveal much more than this, because many of us still have an unanswered question: what could justify the hospital's furious determination and fear at the idea of this child being transferred elsewhere? What was Alder Hey Hospital so terrified of?