Honey, symbol of abundance and wisdom

From Aristotle to Virgil, many ancient authors have written about bees. In the Bible, this precious insect is mentioned five times, and the product of its work - honey - more than sixty times. Honey symbolises positive things, such as abundance, wisdom and even the word of God. 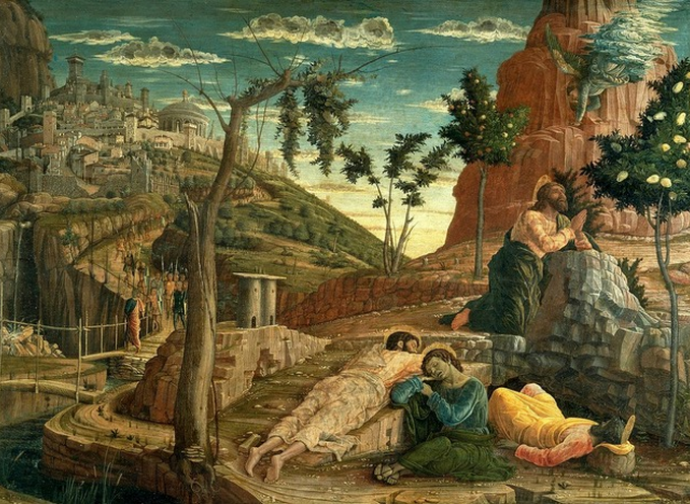 The earliest evidence of beekeeping dates back to an Egyptian painting from 2400 BC (see the stylisation in the drawing below). On the right we see the operation of removing the combs from the hives with the use of smoke (these are horizontal hives, typical of the Mediterranean tradition), while on the left of the drawing a man seals the jars. The image is part of a series found in the Temple of the Sun, near Cairo. In fact, the third millennium BC is the era in which honey became ‘democratised’, developing into a widely consumed foodstuff after initially being a luxury product and even a royal and divine prerogative (see photo of a royal seal from ancient Egypt). This was possible thanks to the development of beekeeping on a large scale. In fact, honey jars and honeycombs dating from this period have been found in private tombs. As well as being a foodstuff, honey was also used as a temple offering and votive gift, but also as a “currency” for paying tributes. The documentation on honey comes to us from some ancient treatises on beekeeping: Aristotle (384-322 BC), in his treatise De generatione animalium, attempts the first anatomical description of bees and puts forward a hypothesis on the formation of honey: “Honey is a substance that falls from the air, especially when the stars rise and the rainbow curves”; “the bee carries it from all the flowers that bloom in a chalice... it extracts the juices of these flowers with its tongue-like organ”.

Treatises such as these were to be a source of inspiration for the Latin works published later, especially in the 1st century AD. They would have a literary but also a practical character: see Virgil's Georgics, Pliny the Elder's Naturalis Historia, Columella's De re rustica. In reality, for the next few centuries, knowledge of bees would remain at this primitive and often mythological level.

Authors such as Rutilius Taurus Aemilianus Palladius, the aforementioned Pliny the Elder, and others presented this insect as an emblem of unity, thrift, cleanliness and industriousness, while also providing information on the beekeeping practices most commonly used in their time. We thus learn that in ancient Rome, beekeeping was practised in areas far from built-up areas. As Kurt Kristensen writes in a dissertation on the subject (“Beekeeping in the Roman Age”), “Latin authors inform us that villaticum was considered among the worst categories of honey, because it tasted like a dunghill”. Here it is interesting to note the Roman passion to legislate on everything. “A series of municipal ordinances”, Kristensen continues, “forbade the placing of hives on public land and along roads; and under Roman law, bees that were not enclosed in a hive were legitimately considered ownerless. This consideration is reflected in res nullius”, literally 'nobody's thing'. This definition includes things that were never owned by anyone (such as animals that were hunted or fished), or abandoned by their owner. On the other hand, bees that gathered in swarms could become the property of whoever managed to recover them, according to the ius primi occupantis.

According to the tradition of the time, newlyweds were given a drink of honey mixed with water or milk as a good wish: this custom gave rise to the expression ‘honeymoon’, which is still used today to refer to the first period of marriage.

During the time of Emperor Augustus, around AD 30, beekeeping entered its golden age. The methods of beekeeping were well established, although, as mentioned, quite primitive: the bees were collected in hollow tree trunks and wooden boxes smeared with clay and cow dung. But beekeeping was of great importance to the Romans, since honey was used in a number of ways: as a sweetener (in addition to food, to sweeten wine and for the preparation of drinks such as mead, melicratum, etc.), as a medicine, and in some religious rites. Wax, on the other hand, was used to make writing tablets, in religious rites, in medicine, and for illumination.

These are the principal historical moments with regard to honey, that coincide with biblical periods. Unlike the bee (דְבוֹרָה - deborah in Hebrew), which is mentioned in the Bible only five times, the product of its work - honey - is mentioned well over 60 times: we find it in rocks (Psalms 81: 16), in wood, but also in the carcasses of dead animals (Judges 14) and it always symbolises positive things: abundance (Exodus 3:7-8), wisdom (Proverbs 24:13-14) and even the word of God (Psalms 19:10-11 and 119:103 and Ezekiel 3:3). The people of Israel, like the Romans, used honey not only as a food but also as a medicine and for religious rites (although the bee was considered - in the beginning - an impure insect). We do not know what variety of bees were active 20 or 30 centuries ago (probably Apis Mellifera Syriaca), but we do know that beekeeping was held in high regard.

Fourteen centuries later, in 1457, the Italian painter Andrea Mantegna brought the Saviour and honey together in a painting. The painting is Jesus in the Garden of Olives (kept at the Musée des Beaux-Arts in Tours, France), where we see two elegant beehives on the left. It brings to mind Psalm 117:12:

They have surrounded me like bees,
They burned like fire among thorns,
But in the name of the Lord I have overcome them.