Heretic bishop candidate for guardian of orthodoxy, risk of schism

Monsignor Heiner Wilmer is favoured to lead the Dicastery for the Doctrine of the Faith, despite evident contradictions to the magisterium. The fact the Pope even considers him lends support to the controversial “Synodale Weg”, of which Wilmer is a leading exponent, in thought and deed. 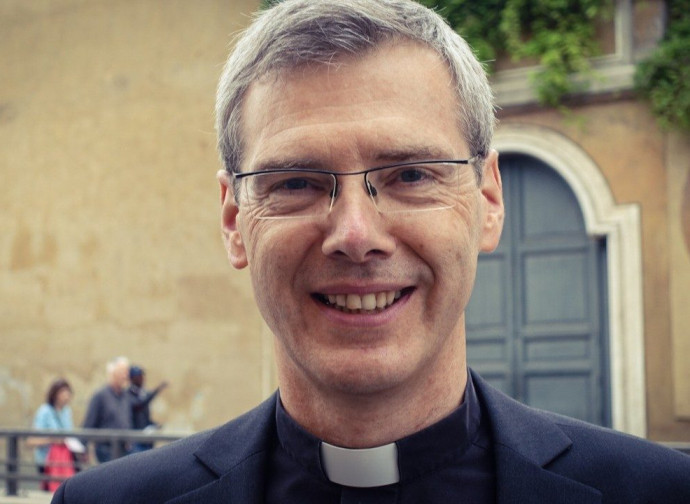 It is not necessary to be highly orthodoxy theologians to understand that the favoured appointment of Monsignor Heiner Wilmer, bishop of Hildesheim, as prefect of the Dicastery of the Doctrine of the Faith (DDF), would open the doors of heresy. And of a schism.

Moreover, such an appointment won’t be easily digested by all those fronts for which at least a semblance of internal consistency in the Church seems necessary. But neither by those, already considerably annoyed by Pope Francis’ liturgical restrictions, in patent break with his predecessor, who have no intention of bowing to it’s clearance of error and immorality.

In fact, Wilmer is one of the bishops most in favour of overturning the Church's teaching on sexual morality, starting with homosexuality. He is the bishop who was annoyed by the opposition of over a third of German bishops to the basic text on human sexuality, during the fourth general assembly of the synod of the Church in Germany; it contained a few "oversights", such as the blessings of couples of the same sex and the positive evaluation of homosexuality.

The position of the German Synod on matters of sexuality, confirmed the outgoing Prefect of the DDF’s impression that the majority of German bishops consider, "there is almost nothing to save in the doctrine of the Church". The perplexities raised last November by Cardinals Ladaria and Oullet, together with the important request for a moratorium to achieve a "substantial revision" of the documents of the synod, were promptly rejected by the President of the German Bishops' Conference, mgr. Georg Batzing. Cardinal Oullet had expressed concern "for the unity of the Church", seriously threatened by the positions approved by the synod.

Wilmer’s appointment, which after a temporary setback now seems to be highly probable, indicates that it was not "only" two-thirds of the German bishops who wanted to push for the breakup of the unity of the Church, but the same Pope Francis. In fact, it was the Pope who ardently wanted the appointment of this young bishop, born in 1961, an "enfant prodige" who in 2015 became superior general of the Dehonians, three years later bishop of Hildesheim and is now ready to take off for Rome. Francis esteems him for his closeness to the flock; and it seems that the smell of the sheep emanating from this bishop is so strong that it covers the much more evident smell of heresy.

The point, however, is not just what Wilmer thinks, but what Wilmer does. All things considered, he is rather easy going. In his diocese, where there are only 600,000 baptised out of over 5 million inhabitants, the blessing of homosexual couples is normal. On February 22, 20212, when the then CDF published the highly contested Responsum, numerous diocesan associations responded, on March 31, 2021, with the Hildesheimer Härklarung (Declaration of  Hildesheim), with the eloquent title: Segen für diese Welt (blessings for this world). It was in clear opposition to the no of the CDF; a stance that flaunted what was already being done - and is still being done - in Wilmer’s diocese: "We make the practice known in the diocese of Hildesheim, in many places and in many communities, institutions and associations: people, regardless of their sexual identity, have equal rights in the Church. God's blessing is for them and for their partner relationships, because God's blessing is for all loving relationships, without exception”. Basically, it’s normal practice.

The Declaration continues by pointing the finger at the Congregation, which, it claims, by denying blessings to same-sex couples, appears incapable of dealing with "the models of the human sciences", so that "its authority appears damaged". The net refusal is also due to the "underlying sexual ethics and theological argument" presented in the Responsum. According to the signatories, the blessing cannot be denied to these couples, as it would be a "confirmation of what they already are: a blessing for this world". All the signatory associations intend, "in dialogue with Bishop Heiner", to work so that "the Magisterium of the Church incorporates the knowledge of the human and theological sciences, which lead to a new evaluation and development of the Church's teaching". Archbishop Wilmer hailed these proposals (see here) as an important contribution to the synodal journey of the Church in Germany, adding that "it is a question of valuing today's realities of community life of the same sex, without thereby questioning the sacrament of marriage between a man and a woman". It’s the same old story.

The mere fact that Francis even considered putting a bishop at the head of the DDF who holds such positions amounts to a resounding slap in the face to cardinals Ladaria and Oullet; the choice which is not yet definitive, may explain the reasons for his absence on the occasion of the meeting between the German bishops on their ad limina visit and the two cardinals. Pope Francis probably did not want to give the impression of confirming the positions taken by the latter towards the “Synodale Weg”, already knowing deep down (perhaps he spoke to Cardinal Marx about it?) that he would try to give the German synod much greater support than his verbal approval: a prefect of the DDF who is one of the most fervent supporters of that synod. It remains to be seen how this story will end.