Hans Küng, the theologian who sowed the seeds for Vatican III

The Swiss theologian Hans Küng has died. His name often made front page headlines when he fired hard at Catholic doctrine. A Hegelian by training, Küng wanted the ecumenical and democratic reform of the Church. While he sowed in silence, there are fruits we reap today: many think that we are already in the era of the Vatican Council III that he dreamed of. 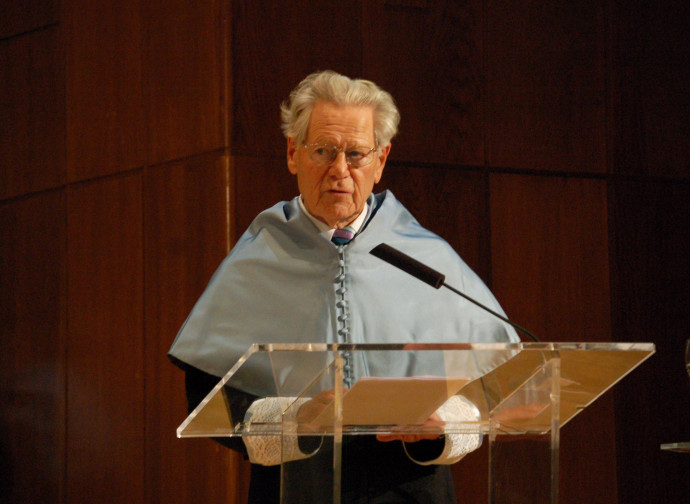 On Tuesday 6th of April theologian Hans Küng died at his home in Tübingen, Germany. He was 93 years old. Born in Sursee, Switzerland, in 1928, at age 32 Küng chose to devote himself to theology. Later he would become a full professor of Catholic Theology at the University of Tübingen.

Even those who hardly know anything about theology are at least familiar with the name of Hans Küng. They know him as the antagonist par excellence of Catholic doctrine. In this sense, Küng's theological life is the exact opposite of the prescriptions given by the Congregation for the Doctrine of the Faith (CDF) in Donum veritatis (1990) which detailed instructions on the vocation of theologians. In this document theologians were requested to demonstrate prudence, not to address the media, and not to flaunt theological positions contrary to the Church’s magisterium. Theologians were told not to dispute issues above and beyond which the CDF has already clearly specified and defined. Küng, on the other hand, had always enjoyed the limelight, ever since he accompanied the Cardinal Franz König of Vienna to the Second Vatican Council. Furthermore, he had certainly never used the "ecclesial prudence” the CDF had urged of all theologians.

When theologians like Küng behave this way, it surely means that, more or less consciously, they believe the future of the Church depends on them, or perhaps, particularly on him. This inclines their scholarship toward a historicistic and progressive theology, and, in turn, it theoretically inspires their individual perspectives. Küng's friend and colleague Karl Rahner openly stated he wanted to be the instigator of a new Church and, judging by his life and theology, Hans Küng thought the same way. For such scholars, their personality is fused with their professed theology and vice versa, especially in the belief held so dearly by reformers and heretics: namely, that salvation is in the future, that the future is salvation, and that they have the keys to the future.

Küng was philosophically many things, but above all he was a Hegelian. In this respect, the reality of the Church coincides with the self-consciousness of the Church and this - self-consciousness - is continuously in a state of development. It is not that it develops, but rather it is always developing and this is guided by the future (not by the past). In essence, there can be no valid theological notion if it is not also new. This is what Réginald Garrigou-Lagrange feared in 1946, when he wondered where the Nouvelle Theologie was heading - of which Küng is basically a disciple, even if he was more reckless than others. Even more dramatically, Garrigou-Lagrange wondered if any theology was still possible if it were not novel It is also because of Küng that a great number of theologians, without even realizing they are Kungians, think this way today.  They believe any theological position must be new in order to be truly so. The German bishops' conference president, Georg Bätzing, follows this same intellectual framework. Küng was Swiss by nationality but German by theology.

Hans Küng was eager for a Vatican III and to meet a John XXIV. He believed that the Church was constituted and renewed from the bottom-up. He said that this new sort of “Church from below” had already begun. He accused the Church of chauvinism and wished for a feminine reconquest of women's rights, from contraception to the priesthood. Bishops would have to be freely elected by the lower ranks. He pushed hard for a new and more radical ecumenism. He denounced what he called the "obstinacy to emphasize the differences.” He called for the end of condemnations against Luther and Calvin, and with the Reformed Churches, wanted to enforce a "Eucharistic hospitality as an expression of a communion of faith already achieved.” Küng considered it untenable for the Catholic Church to define herself as the one and only true faith and saw this attitude as a consequence of "European colonialism and Roman imperialism." According to Küng, the Church had to accept the challenge of the other religions' claims to the truth.

Internally, then, the Church would have to make the regional and local Churches autonomous in honour of the "richness of variety" against "dogmatic arrogance," "dogmatic immobility" and "moralistic censorship." The Church had to live, according to Küng, a "communitarian relationship" and abandon the model of a Church as "top-down, obstinate, reassuring, bureaucratised." Just as the USSR had rehabilitated its dissidents, the Church should also rehabilitate its own, from Heldel Camara to Leonardo Boff. He saw the future of the Church not only in ecumenism, but also in pacifism and a new ecologism.

Leading theologians, when the supposedly try and lead, appear on the front pages of newspapers when making hard-hitting statements, as they in fact often like to do, as when Küng took issue with papal infallibility. Everyone remembers this. However, we shouldn’t think that this is their sole legacy, the hard-shots that earn them the spotlight of attention. Their best sowing of reform actually occurs when the spotlight is turned off. This is when Church begins to practise their suggestions and tacitly live them out. This happens when they are far outside the limelight. Try re-reading the brief synopsis of Küng's positions in the previous paragraph. In today's German Church and in its synodal journey we find them all. Some of them are pronounced with greater courtesy, but nevertheless we find them all. In turning our attention to the Universal Church here, too, we find their presence: from Leonardo Boff writes papal encyclicals and to Msgr. Camara who will soon be canonized. Many think that we are already living in the era of a Vatican Council III and that a John XXIV is already among us, that Luther and Calvin have been welcomed back into the fold, that Eucharistic hospitality is the norm, and that women are fast-approaching ordination. All this has been happening while the media was busy covering Küng’s tenacious criticisms while he was committed to sowing the seeds of reform.